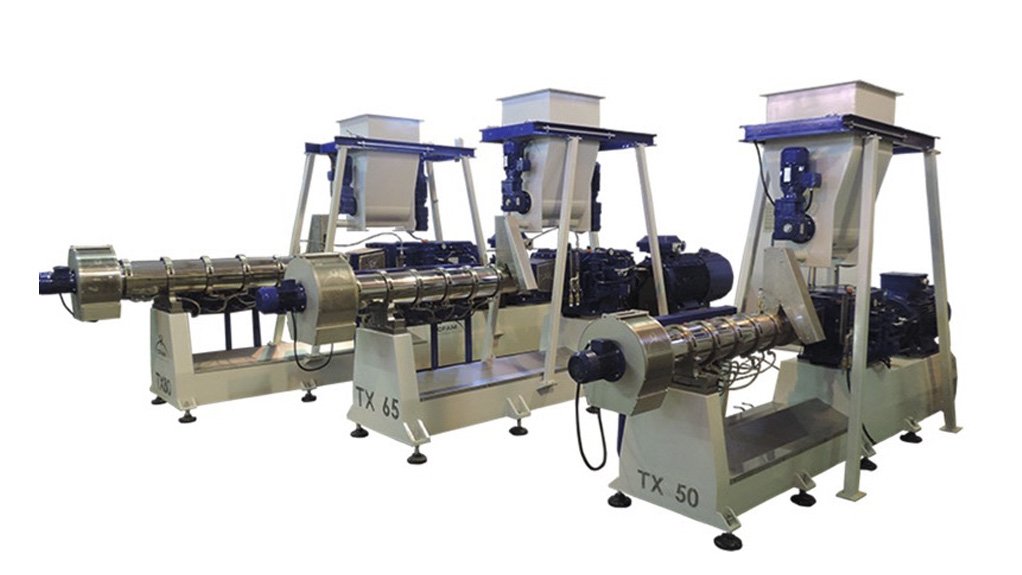 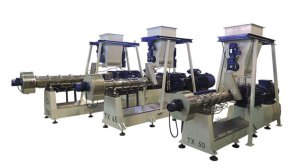 Extrusion technology manufacturer CFAM Technologies will return to Nampo this year to exhibit its cost-saving food- and feed-processing technologies.

CFAM director and North-West University (NWU) Faculty of Engineering dean Professor LJ Grobler says the company will showcase its range of twin-screw extruders (TSEs) and related technologies, which have been engineered to produce ready-to-eat products for the food, feed, pet foods and breweries markets.

Extrusion used for agroprocessing is also cost effective, as it ensures that producers have a greater influence over processing costs and price determinations, Grobler adds.

“Raw ingredients are continuously fed into the extruder’s feed area. The twin screws intermesh as they turn, mixing the ingredients. Liquid, usually water, is injected through ports into the barrel to hydrate the grains before cooking. The ingredients are mixed into a dough by the screw action. Thereafter, the dough is cooked using mainly mechanical energy. Sometimes heat is also added through electric heating or steam.”

Moreover, Grobler mentions that, in the forming area, the product is cut or ground into a specific consistency and, depending on its moisture level, temperature, pressure and geometry of the raw material, an expanded or formed product can be obtained.

Grobler highlights that the TSE was developed to overcome the limitations of the single-screw extruder, which was less adaptable in terms of the raw material it could process, but more complex in terms of operation. “TSEs also have a uniform shear rate across the barrel, short residence time for cooking, and better mixing and heat exchange capabilities.”

The company’s extruders have earned a reputation as being a product “built in Africa for Africa”. As a result, he notes that the com- pany has placed special emphasis on the localisation of maintenance and support structures, as well as determining and addressing African conditions, such as unreliable power supply and the availability of skills for the operation, maintenance and technical support for the extruders.

CFAM Technologies was established as a result of a research project that started in 1998 that focused on twin-screw extrusion technology, high-precision manufacturing, reverse engineering and product localisation. This work was continued by the Centre for Advanced Manufacturing, which was created at the School for Mechanical Engineering at NWU in 2002.

The TSEs that were subsequently developed were a good example of localisation through reverse engineering and further product development. In 2007, CFAM Technologies was instituted to manufacture and supply products developed at the NWU to the market. The NWU is also a shareholder of CFAM.

The company is also involved in the Depart- ment of Trade and Industry’s Centre of Excellence in Advanced Manufacturing (CoE), which was set up at the NWU in 2009. The company assists the CoE in implementing its projects and provides ongoing maintenance and support.

CFAM will also exhibit other technologies at Nampo, including milling, mixing, batching and weighing equipment. The company will occupy stands 169b and 169c, and demonstrations will be held every day at 10:00, 12:00 and 14:00. Grobler states that “visitors are welcome to attend and engage with our sales, as well as our research and development teams”.