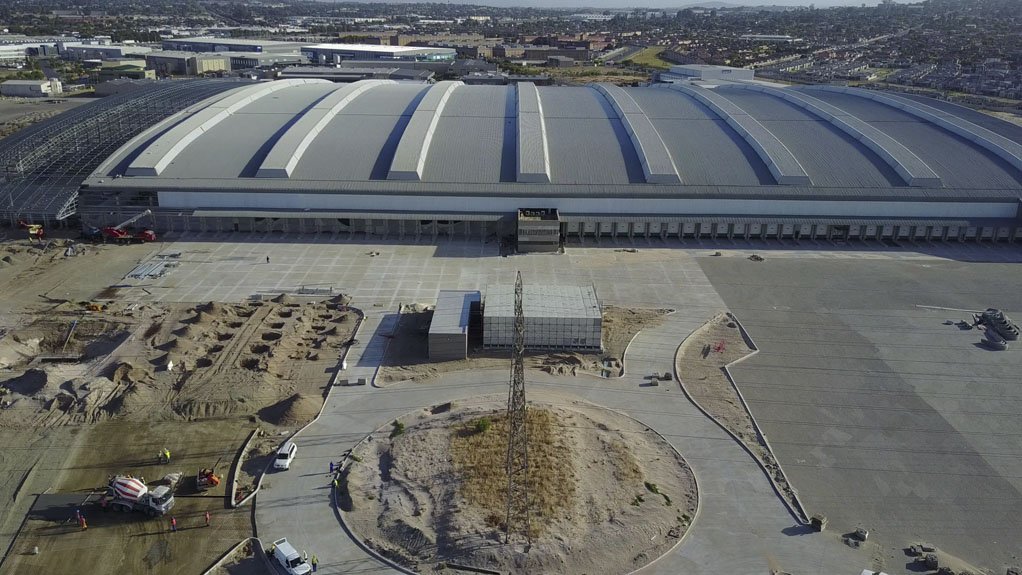 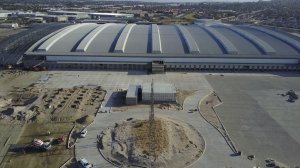 Completed in September, Bedrock’s 194-column supply consisted of 1 200 m3 of concrete and 260 t of reinforcing steel bars to increase concrete tensile strength, with the total weight of the columns amounting to 3 000 t. This supply included the tallest precast column erected in sub-Saharan Africa, at 26.4 m tall and weighing about 58 t.

Bedrock GM David Kitching tells Engineering News that the main contractor for the project, construction company Stefanutti Stocks, requested its services, owing to the challenges of constructing columns of that height using conventional methods. These would have required scaffolding, lifting equipment, more staff and a high degree of accuracy, since the columns would have been constructed more than 20 m – about nine storeys – from the ground.

It is also a cleaner and safer concrete construction method, compared with conventional concrete building methods, because less labour is required, especially high up on scaffolding, avers Kitching.

The project construction started in December 2015, which Kitching notes is an odd time of year to start, owing to suppliers and builders closing down for the holidays. However, it was beneficial for the project and the main contractor since Bedrock had a head start manufacturing the precast concrete columns.

Having the first phase of columns completed by the time the rest of the construction started in January 2016, such as excavating or structural steel works, accelerated the building programme, ultimately saving cost and time.

Kitching points out that the architectural design of the distribution centre was challenging, because it has an elongated curve over the entire roof structure, meaning that virtually every column had to be constructed up to a different height to accommodate the curve. Bedrock had to ensure that all the levels and heights of the roof structure were correct, which is an easier feat when using precast, compared with using conventional construction methods.

Further, the project also allowed for the training and employing of people from the Brackenfell and Cape Town areas. “We initially took a Durban-based construction team since we needed to start immediately, but knowing that it is preferable to employ local community members, there was a transition period where our team trained and upskilled locals.”

During a three-month period, the company reduced the number of the original team members to include people from Brackenfell or Cape Town on all staff levels below those of senior supervisors. The base team consisted of 36 people, but was supplemented with up to 25 additional general workers from time to time, Kitching elaborates.

Tilt-up construction saves time, compared with traditional construction, where the walls are built using brick or blocks, which are plastered and then painted. Often full height precast columns are more cost effective than steel columns and can be produced to a high level of accuracy, regardless of the height.

“A tilt-up building’s walls are cast horizontally in large concrete slabs, called panels, which are then tilted into position around the building’s perimeter. This means the structure’s exterior wall is virtually finished when it is tilted into place,” he notes.

The design of a tilt-up building incorporates the detailing of the columns and/or the wall panel elements to provide all the functional and architectural features of the building. Typically, this includes door and window openings, special cut-outs and shapes, as well as architectural texturing and mouldings.

Kitching highlights that temporary ground slabs are cast with a high-quality surface finish onto which the building components are cast. Specialised formwork is produced to precise dimensions as required by the detailed design.

Purpose-designed lifting inserts are positioned and cast into the elements. “The casting beds required for the project are strategically positioned to align with the overall project plan and allow for efficient use of the crane.”

The panel casting sequence forms an integral part of the project schedule and the tilt-up production plan ensures a continuous erection process. With good access and planning, as many as 20 panels or columns a day can be erected, allowing for early release of the building to fulfil its particular requirements.

“After erection, any imperfections are rectified and temporary support braces removed after the foundation tie-in concrete has cured. Joints are caulked and finishes applied if required,” concludes Kitching.