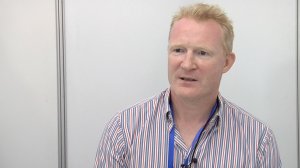 With a backdrop of XCMG’s heavy equipment on display, management and board members from XCMG’s head office, in China, bowed courteously and addressed an intimate gathering on September 15, the opening day of BAUMA CONEXPO AFRICA 2015, which took place at the Johannesburg Expo Centre in Nasrec, Gauteng.

XCMG board members introduced the company as the fifth- biggest construction machinery manufacturer in the world.

Following the official speeches, four male dancers – donned as construction workers – performed African-style moves on the bonnets of some of XCMG’s equipment, eventually taking to the stage to join five other dancers clad in Broadway-style attire.

Dai, who has been in South Africa since 2009, admitted to Engineering News that he was initially nervous about being in a new country but, as he and his team learned about South Africa’s languages and culture, they started to enjoy their work, which had been crucial to XCMG’s persisting in the region.

XCMG first sold its equipment in South Africa in 2007 and had sold 1 038 units to the mining, construction and quarrying industries by the end of 2013, said XCMG vice GM Alec Zhang.

He told Engineering News that, owing to the global mining slump, XCMG was focusing on construction and materials handling as areas for expansion.

In addition, the company intends to, in the near future, introduce its road maintenance and building machines to the local market, Zhang explains.

He remarked on the significant value for money gained from XCMG products and their particular suitability to infrastructure development.

Dai noted that the local market had embraced the range of products, with steady growth in sales and requests for XCMG machinery, encouraging the company to apply the latest technologies and innovation to ensure that the machinery was in line with market needs.

Although XCMG employs about 42 people, Dai predicted that this figure would increase to about 60 by the end of 2016.