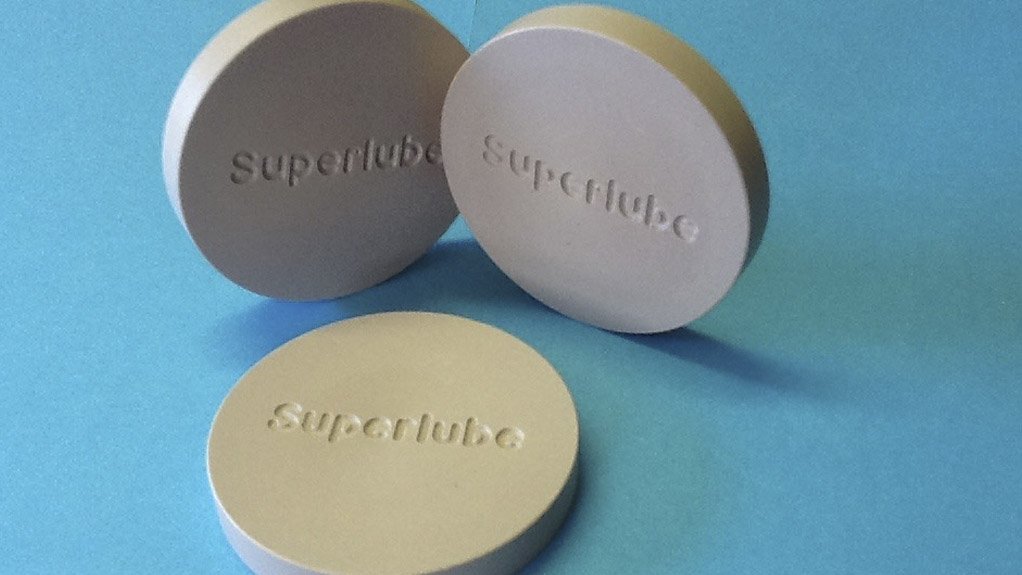 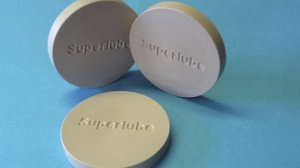 SUPERLUBE COMMERCIALISED Superlube is being considered for various applications, such as propellers, high-end yacht fittings and turbines in the renewable-energy market

In May, plastic fabrication and engineering company Vesconite Bearings started to commercialise its Superlube, a thermoplastic bearing material with one of the lowest coefficients of friction of any polymer available.

The development of Superlube – conducted at the company’s laboratory in Virginia, in the Free State – was initiated by a request from an engineering company, which required load pads with a low friction coefficient, as well as sufficient load-carrying abilities for locomotives owned by a South African rail company.

Owing to the limited ability of existing load pads to withstand these operational requirements, the locomotives’ wheel sets would run skew when coming out of a curve and experience high wear levels.

A low friction coefficient describes the ratio between the force required to move one surface over another and the pressure between the surfaces. Vesconite Bearings father-and-son engineering team Dr Jean-Patrick Leger and Alain Leger started the development process that would lead to the creation of a wear resisting polymer with unusual properties such as self-lubrictaion. “The engineered plastic has a friction coefficient of 0.05 to 0.08 under typical loads of 3 MPa to

10 MPa. This coeffient is similar to virgin polytetrafluoroethylene (PTFE); however, virgin PTFE wears away quickly with loads above 3 MPa. The company notes that, although PTFE plastic has a low friction coefficient, it is too soft to withstand the loads in a railway or typical industrial application.

Jean-Patrick Leger explains that some competitors offer low-coefficient polymers, but can only offer products readily available on the shelves, whereas, Vesconite can engineer and specifically formulate products tailored to customer needs at its laboratory, he adds.

“We found that one of the biggest disadvantages was that only polymers with a too high coefficient of friction were available on the market,” he states.

The company aims to develop plastics that are dimensionally stable to ensure that water is not absorbed over time, with its manufacturing division in Virginia compounding different raw materials to make the necessary product.

Meanwhile, Superlube is being considered for various applications, such as propellers, high-end yacht fittings and turbines in the renewable-energy market. Using the Superlube where sea currents or tides move turbines will result in less energy losses owing to friction, allowing the turbines to turn more easily and, subsequently, produce more electricity.