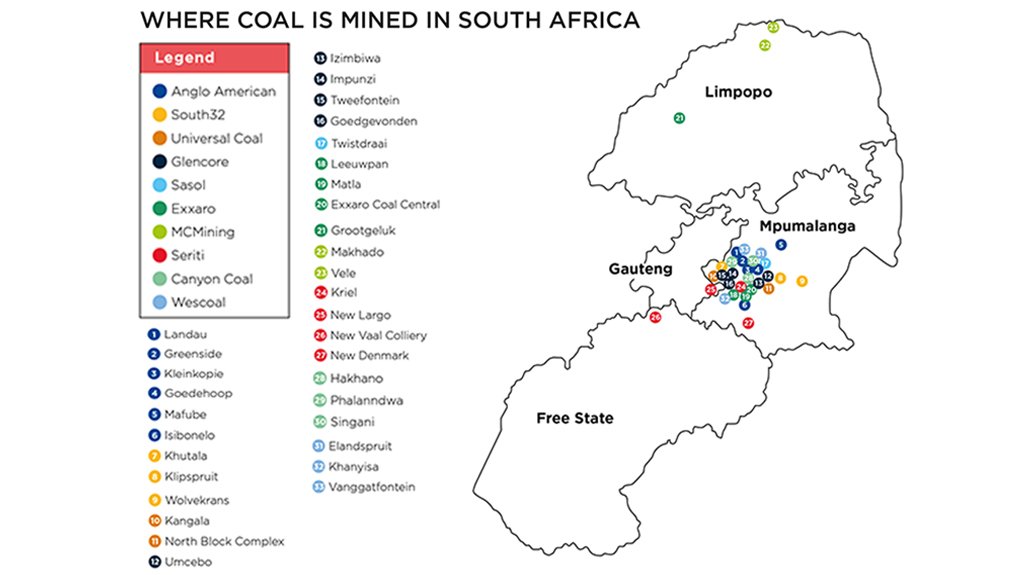 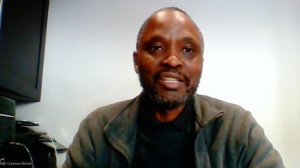 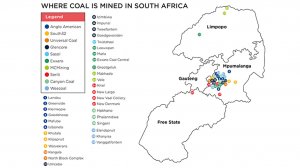 JOHANNESBURG (miningweekly.com) – A few years back South Africa was said to be heading towards a coal cliff but that projection is now being questioned.

In the early and mid 2000s, the findings of the South African Coal Roadmap were that Eskom’s contracted coal supply would plummet and its uncontracted portion balloon.

But those projections are now giving way to changed circumstances of old coal-fired Eskom power stations being retired and new non-coal forms of electricity generation superseding the retired coal-fired stations.

There is a now general view that own generation is going to be allowed for everybody.

“This is because new non-coal forms of electricity generation will supersede the retired coal-fired stations,” Mgojo said in response to questions.

Minerals Council South Africa CEO Roger Baxter added in response to Mining Weekly that South Africa would not be switching off coal-fired power stations overnight and suddenly having primary sun energy, even if looked at through the IRP 2019 lens.

“Taking a longer-term view, in the next ten years, we’re likely to see some five power stations generating something like 5 000 MW to 7 000 MW being taken off the network because they are pretty much at the end of their operating lives. The operating age of three of those stations are now sitting at over 50 years.

“When we’re looking at the 2.4 gigawatts (2 400 MW) of additional power, the majority of that is photovoltaic solar power and that’s not going to give us the 2.4 gigawatts as a baseload number. It’s certainly going to give us about 600 MW of baseload equivalent and that’s a real contribution that’s going to help to diversify the sources of energy into network. That’s going to be very much part of the future economic prosperity of South Africa, which is going to be based on the diversification of the energy base in terms of the energy supply going forward.

“A lot of work has gone into this. We’ve had engagements with Minerals Resources and Energy Minister Gwede Mantashe and with Eskom and the environment angle of what we’re trying to do at the same time is part of the just transition process.

“You can shut off the whole of Mpumalanga from a coal-mining perspective. That’s a lot of people employed by the power stations so again this concept around a just transition has to be very much part of a carefully thought transition away from some of the older power stations to more efficient newer-generation power stations like we have at Medupi and Kusile and other forms of energy that are going to be more environmentally based over time,” Baxter said.

Mgojo made the point in response to Mining Weekly that South Africans tended to be very critical of themselves and needed to look at the time it had taken for other economies to transition away from coal-fired power to renewable energy.

He pointed out that Germany had been on its renewables journey for far longer than South Africa had and noted that Germany’s last coal-fired power station would only be switched off in 2038.

This was because the country had opted for a very just transition that was heavily subsidised by the government, which understood that some of the alternative technologies were, at certain points in time, not economically viable, from a return point of view, to justify the capital cost.

He said that simply switching off coal-fired power stations would have astronomical social consequences.

“We have to also ensure that we manage the huge inequality and the high levels of poverty that are associated with an economy that is highly dependent on people not losing their jobs in the process,” Mgojo emphasised.