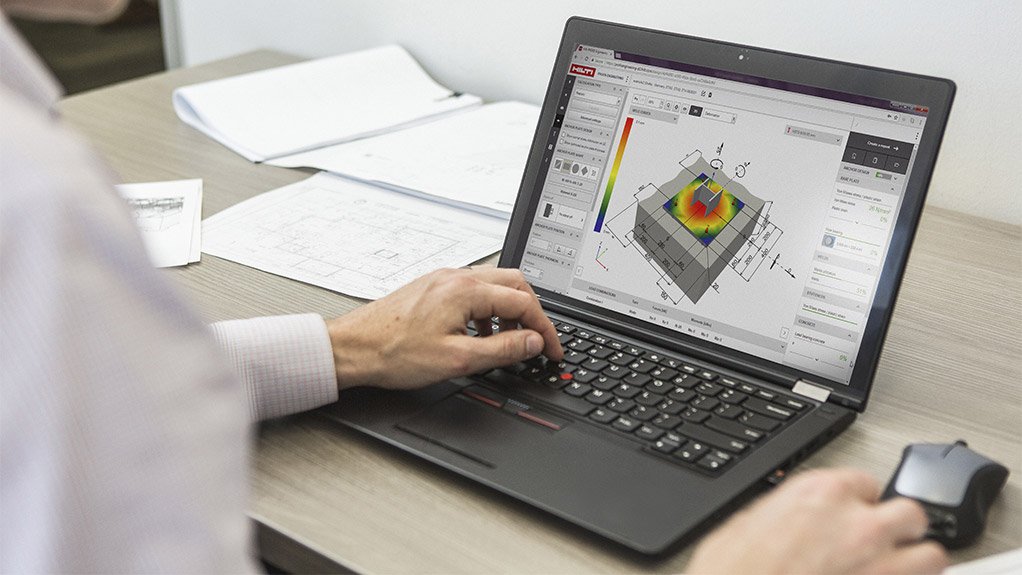 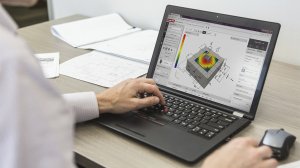 Launched in July, Profis Engineering is customised software used in the design of steel anchor fastenings for use in concrete and masonry, as well as the design of the structural steel, stiffeners and welding associated with the connection.

Profis offers new capabilities in design through providing a tool that can reduce failures and provide peace of mind to the contractor and designer in terms of structural connections.

He adds that the basic baseplate thickness calculations and weld checks, together with anchor design, provide one solution for anchor design.

Davel explains that Profis is available in standard and premium versions.

“The whole idea of the standard software was to enable the designer to use one software in connection design that can do a detailed analysis of the steel, concrete and fasteners used, as well as the interaction effect they have on one another, in one software package,” illustrates Davel.

The premium version has a unique feature that is based on component-based finite element design, or CBFEM – a numerical method for solving problems of engineering and mathematical physics – that can verify the base plate rigidity accurately in a short time.

Davel says this is normally assumed as sufficiently rigid by structural designers; however, it carries a certain amount of risk.

“The risk component that lies with the designer is always large. If you can provide a tool that can reduce failures and provide peace of mind, you add value to a project.”

The software also allows for accurate illustration of computer-aided design and building information modelling that fits into the work processes used by most Hilti clients.

“Profis integrates extremely well into well-known international software packages, as well as software that is more familiar to local designers,” Davel points out.

He adds that, because the software is cloud based, it negates the need for expensive hardware, with the core requirement being a reliable Internet connection and a computer with the latest version of Internet browsers such as Internet Explorer, Firefox or Chrome.

The project entailed the fixing of Hulabond cladding to the metal arches and involved the installation of more than 3600 studs, to half the amount of brackets.

“The alternative to using the S-TB fastening system would have been to weld each bracket in place, requiring more time for labour and costing substantially more,” says Hilti field engineer Rishaan Manilal.

and austenitic-ferritic stainless steel. The S-BT system allows for speedy installation and requires minimal training for the user to be able to install up to 100 studs an hour.

“We had eight contract workers on site fixing the cladding to the arches, and thus selected the S-TB fastening system for ease of installation,” he says.

Manilal adds that the way modern projects are being priced and programmed means that speed and ease of construction are important factors for contractors.

Moreover, it is typically difficult to change the construction methodology of steel contractors in the industry, but the reception of S-BT has been positive, specifically for grating and cladding applications.

“Over time, I believe that S-BT will be a standard solution in the steel, mechanical and electrical industry,” he concludes.