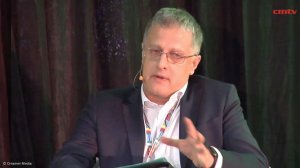 A panel of speakers participating in consultancy Deloitte's Africa Outlook 2020 event, on Thursday, highlighted the economic and social themes that are expected to feature prominently on the continent this year, including climate change, which is anticipated to hit Africa the hardest.

He noted that temperatures in Africa were increasing at one-and-a-half times the rate of global temperatures.

Insurance company Munich Re of Africa CEO Nico Conradie pointed out that 820 catastrophes had been recorded globally in 2019, resulting in $156-billion in recovery costs, while only a third of that amount was insured. He said these losses as a result of natural disasters were carried by both corporates and individuals.

He said the effects of global warming were apparent in South Africa when looking at the rising temperatures. “Of the last 20 years, 18 had been classified as the warmest years on record, while sea levels are also rising by about 300 mm a year globally."

University of the Witwatersrand Global Change Institute Professor Francois Engelbrecht highlighted that Africa contributes 4% of global emissions, but is also the most vulnerable to climate change impacts, owing to a unique climate system, existing dry and warm conditions and because it is underdeveloped.

He said Africa also has a low adaptive capacity. The US evacuates people outside the path of a natural disaster days before it hits; however, African countries do not have adequate transport systems to evacuate people quickly, nor do its coasts have sea walls.

Engelbrecht further said the climate change problem in Africa was often worse than reported by media houses across the continent.

He added that Africa was on the verge of reaching tipping points, including the increased likelihood of day zero events in large cities – where cities run out of potable water – and heatwave occurrences.

“Business and government strategies around climate change is currently reactive in most African countries, where it should rather pursue transformative adaptation – preparing in the first place for unprecedented damage to economies. South Africa, in particular, is increasingly likely to see tropical cyclones hit over the coastline of Maputo or Richards Bay, but we are unprepared.

“Additionally, African countries have not strategised around the risk of stranded assets. More countries on the continent are discovering oilfields around its coasts, with Ghana due to develop its first refinery soon, but there is a real risk of stranded assets 50 years from now, owing to the world moving away from fossil fuels,” Engelbrecht explained.

He noted that Africa already struggled with high levels of inequality and that children were now also being faced with threats to their health and wellbeing as a result of climate change.

“If we do not size up and rise up to see climate change as a direct threat to human rights, especially considering the increasing scarcity of water, we will have masses of violations in populations.

“Seventy-million were displaced in 2019, compared with 65-million people displaced in 2018. If you then factor in climate migration, the consequences are catastrophic because governments do not respond quick enough to these moves.”

Muchena said businesses often lacked the imagination to rethink business models and were “lazy” to come up with climate adaptable technologies to make communities more resilient.