Chamber sees people-centred mine modernisation as major boost for economy 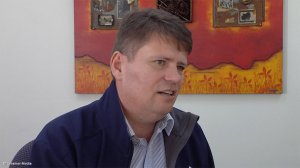 JOHANNESBURG (miningweekly.com) – While the modernisation of South Africa’s gold and platinum mines will be a major boost to the South African economy, failure to modernise will put a huge number of jobs at risk.

Work done to date indicates that modernisation extends mine life materially, while also preserving mining employment, improving safety, reducing health risk and allowing for the mining of lower-grade orebodies and deeper resources that would otherwise be left unmined.

Modernisation has the power to spawn the equivalent of 11 large gold mines and eight large platinum mines; it will also allow gold mining operations to continue profitably well beyond the year 2045, accompanied by widespread industrialisation and competitive manufacturing.

Without modernisation, the gold mining industry will experience a sharp production decline as early as 2019 and die out completely in 2033.

Modernisation, he says, is about improving the mine of today and simultaneously developing the mine of tomorrow: “It’s not simply about mechanisation and it’s not just about replacing people with machines. When we talk modernisation, we very much have people at the centre of it. That’s the important bit.”

Planned is the development of new mining equipment and mining systems that will help people to be more productive and reduce health and safety risk.

Envisaged is huge effort being put into skills development that will lead to better pay, more opportunities for growth and hopefully more personal fulfilment, along with better sustainable development in the form of improved community development and environmental protection.

The modernisation envisaged is broad and extends beyond the technology being researched and developed at the important mining hub being created at Carlow Road, in Johannesburg.

A must for the mine of the future will be the upskilling of operators, supervisors and management, all the way to executive level.

The plan is for modernisation to take place over three time horizons, the first being immediate, the second spanning a three-year to five-year time horizon and the third spanning a ten-year horizon, with all three getting under way in parallel.

The first short-term operationally focused time horizon will be devoted to improving the current stop-start and cyclic mining method involving drilling, blasting and then cleaning.

The second more tactical time horizon will span a longer period of three to five years in search of ways to improve the current stop-start drill, blast and clean method by removing people from the working face and getting them into positions of safety so that they can operate customised equipment remotely.

The third, and longest, ten-year time horizon will be used for fundamental research into developing continuous mining systems that will drastically reduce the impacts of dilution and allow mining to take place at a higher mining grade, 24 hours a day and seven days a week.

Envisaged is that the introduction of a successful continuous mining system will offer new attractive economics that will make it feasible to return to unmined resources abandoned because of the inferior economics of conventional mining.

The first of the three main objectives of mine modernisation is to achieve zero harm to people and the environment; the second is to extend the lives of mines cut short by conventional mining and the third is to retain jobs.

With modernisation, a series of positive reactions are poised to be triggered, including improved economic growth, expanded employment, increased exports, greater payment of tax to the government and the continued and more responsible use of South Africa’s mineral resources.

Action taken by the CoM has been to declare mining innovation a strategic thrust and to contract the services of Alastair MacFarlane – an independent nonexecutive director at Impala Platinum and University of the Witwatersrand lecturer – as well as the services of CoM intern: modernisation and safety Katlego Letsoalo, who recently graduated as a mining engineer. (Also watch them discuss modernisation on the attached Creamer Media video).

Both are based at the Carlow Road hub, which the chamber sees as playing a complementary facilitative role, as the chamber will itself also play.

Van der Woude reports that investment in innovation is already at the level of hundreds of millions of rands a year by mining companies.

Already the lean hub is facilitating research and development by its many spoke organisations.

Simultaneously, the chamber is advocating to government collaboration in a public-private partnership at the hub, where manufacturing organisations are already clustering.

Universities and technical vocational education and training colleges will be called upon to play a role, again as spoke organisations facilitated by the hub.

Van der Woude describes the collaboration with government as “excellent” and points to last year’s Mining Phakisa, where an overall strategy was forged by 120 government, company, union and nongovernmental participants.

He is “very optimistic” that government funding is going to increase.

This comes against the background of growing acknowledgement that the modernisation of the South African mining industry provides South Africa with an opportunity to create shared value for South Africa as a whole.