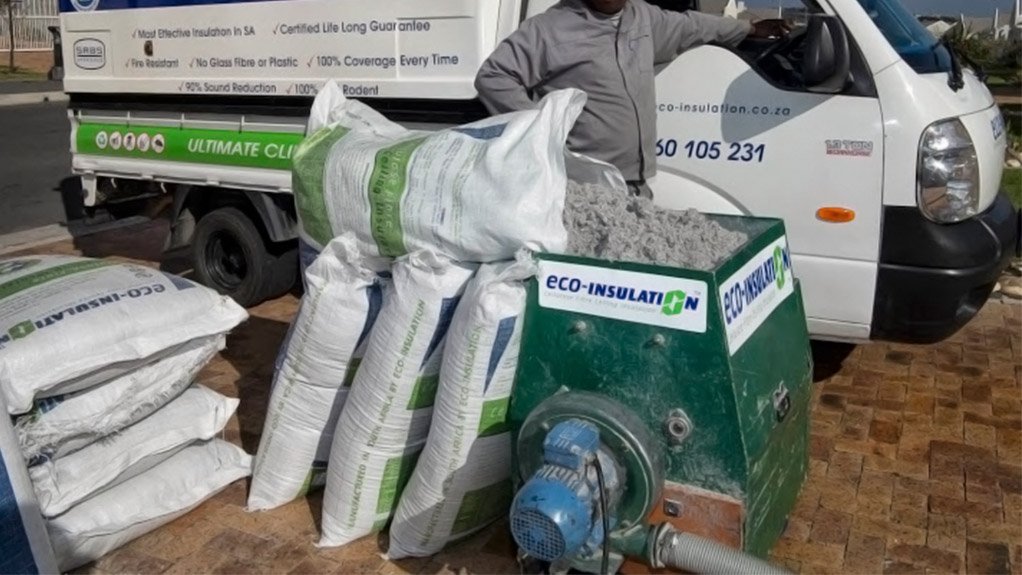 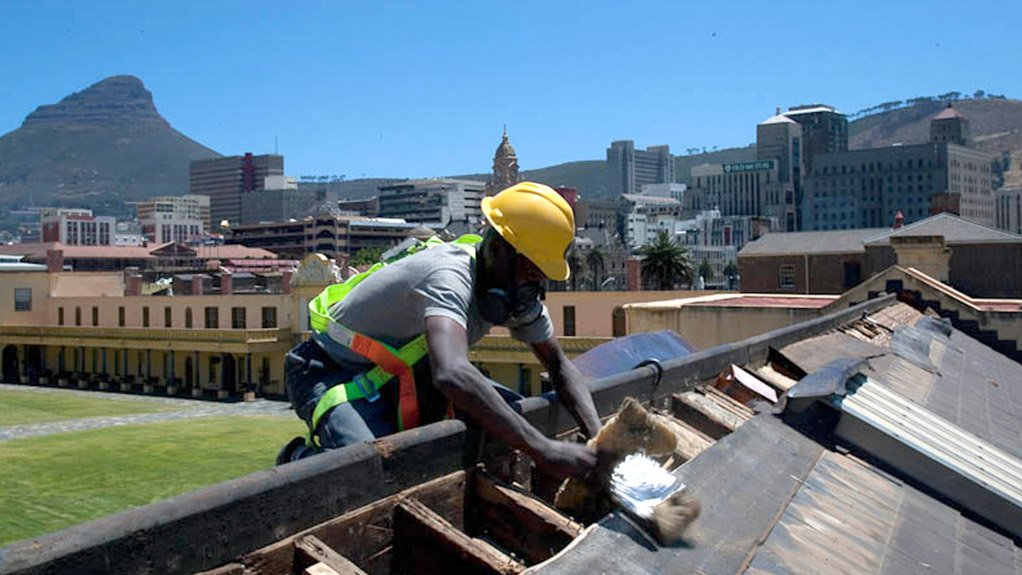 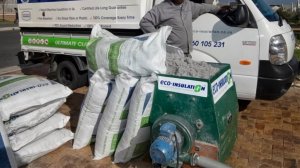 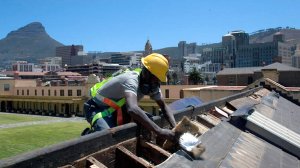 Photo by Gareth Griffiths Imaging
CELLULOSE-FIBRE INSULATIONInsulation passively provides heating and cooling solutions for buildings
UPDATING THE OLD Insulation was installed in March at the seventeenth-century Castle of Good Hope, in Table Bay, Cape Town, as part of a retrofit project

Cellulose-fibre insulation can sub-stantially reduce the energy required for heating and cooling buildings during the process of continuous heat generation or heat extraction, and it is being used in new and retrofit projects, states Cape Town-based green insulation developer Eco-Insulation GM Richard Ellis.

However, the building developments vary from low-cost and affordable housing to upmarket residential homes.

“The appointments have been motivated because of our professional, simple, cost-competitive and complete turnkey insulation solutions, which are compliant with the requirements of the new building regulations, such as SANS 10400-XA: Energy Use in Buildings, which makes it compulsory for all new buildings to be insulated from November 2011,” he explains.

The company has also been involved in a number of high-profile projects, including the retrofits of two landmark historical buildings – the Steenberg Hotel and Spa complex, which was established in 1688, and the seventeenth-century Castle of Good Hope, in Table Bay, Cape Town, both of which took place in January 2012.

“This retrofit project, along with other pas- sive energy conservation measures, is saving the SAAO an average of 20% on its base-line electricity consumption cost since 2010,” he states.

Meanwhile, Ellis points out that there is a difference between passive and active heating and cooling solutions.

Conversely, he adds that insulation passively provides heating and cooling solutions for buildings.

“To change the temperature of an object, energy is required to increase its temperature using heaters, for example, or to reduce its temperature using air conditioners, for example. Once the heat generation or heat extraction stops, a reverse flow of heat occurs and the temperature returns to ambient,” he adds. Ellis notes that, to maintain a given temperature, considerable continuous energy is required, and insulation reduces energy loss that occurs during the process of continuous heat generation or heat extraction. He points out that the movement of heat in a roof space is achieved mainly by convection and conduction, with certain insulating materials acting as radiant, convective and conductive barriers.

However, Ellis says it is important to note that an already cool building cannot be warmed up, or cooled down, on its own, once insulated, without an initial intervention, such as running a heater or lighting a fire to achieve initial warming of the building. The same applies to cooling a building, such as leaving the windows open or switching on air conditioning for a short period of time to achieve a comfortable living space.

Ellis adds that certain commonly used materials, such as foil, contribute almost exclusively to the control of radiation, only by reflecting heat.

“The purpose of cellulose-fibre insulation is to trap a dormant layer of air inside a stable fibrous insulation layer. This effectively stops convection and conduction by trapping a large volume of air, which is a poor conductor of heat,” he says.

He points out the pumping technique used by Eco-Insulation does not require a build-ing’s residents to vacate the premises during the installation process, as the amount of paper dust emitted as result of pumping the cellulose into the roof is minimal.

Moreover, he highlights that the cellulose-fibre insulation material is sourced from recycled newsprint and is completely nontoxic, as it contains no volatile organic compounds, such as formaldehyde, which arise from binder systems.

“This pumping method ensures that a room’s ceiling is covered 100%, as opposed to the many common hand installation methods, which require workers to be in the ceiling when the insulation material is installed, meaning that often inaccessible areas of the ceiling are not covered,” asserts Ellis.

“Our installers are carefully selected. They have to buy the rights to trade our product. These are expensive and, therefore, tend to attract only seasoned individuals with sound backgrounds,” states Ellis.

In selecting installers, Eco-Insulation requires individuals who operate in the building industry, with building industry experience and a solid understanding of the built process and structural elements.

Ellis stresses that the company’s installers also undergo rigorous training at its head office, in Cape Town, before they can qualify as installers of its insulation solutions.