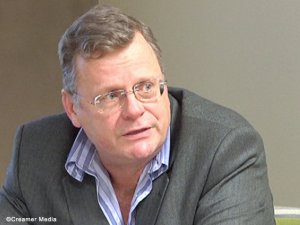 As South Africa moved to become a carbon-taxed economy by 2015, gaps were emerging in the proposed policy as to how the country would account for its emissions and who would be responsible, says carbon advisory firm Promethium Carbon.

South Africa planned to mitigate its high greenhouse-gas (GHG) emissions by implementing a phased-in tax rate of R120/t of carbon dioxide equivalent (CO2e), increasing by 10% a year during the first five-year phase.

The recently tabled second and final policy proposal comment paper, titled ‘Reducing greenhouse-gas emissions and facilitating the transition to a green economy’, however, provided no reference to emission accounting, auditing standards, the division of emissions and whether the policy was targeted only for industry, Promethium Carbon director Robbie Louw pointed out.

The proposed tax, which was to be calculated on fuel consumption multiplied by Department of Environmental Affairs-directed emission factors, seemed to be based on some of the principles espoused by the United Nations’ intergovernmental panel on climate change, but the policy failed to specify according to which standard South Africa’s GHG inventory or a corporate entity’s carbon footprint would be calculated.

He added that another “shortcoming” of the proposed carbon tax policy was that it failed to clarify or comment on whether municipalities, nonprofit organisations, provincial government operations or individuals were required to pay tax on their emissions, nor did the document stimulate a minimum emissions threshold to be taxed.

It was unclear whether this would be the case for the carbon tax, Promethium commented.

The advisory firm had released a free carbon tax calculator to assist smaller companies calculate their carbon footprint and potential tax liability, based loosely on the  policy in its current form.

Meanwhile, Promethium stated that, despite some tax relief for certain industries, the carbon tax was likely to filter through to the consumer, particularly from the most carbon-intensive sectors such as electricity generation, fuel and transport.

Agriculture, forestry and land use, transport and petroleum refining accounted for 9% each of the country’s GHG emissions, while fugitive emissions from fuels accounted for 16%. Electricity generation contributed the highest amount of emissions at 40%.

The policy proposal outlined a tax-free threshold of up to 60% and additional relief in the form of trade exposure and process emissions of up to 10% each. South Africa was also the first country to include an option to reduce the tax by 10% with carbon offsets, such as clean development mechanisms and verified carbon standards.

During the first five years, from the date of implementation, until December 31, 2019, the agricultural and waste sectors would be exempt from paying the tax.

The electricity sector and other select sectors would qualify for a tax-free threshold of up to 70% and 90% respectively.

While the policy proposal document clarified that tax would only be levied on Scope 1 emissions, namely emissions from fuel combustion, gasification and non-energy industrial processes, Scope 2 emissions, which resulted from the generation of electricity, heating, cooling and steam, would be “taxed in the hands” of State-owned power utility Eskom.

Promethium argued in a response document that the provision had “the potential to sterilise the relief mechanism for trade-exposed companies” and “diminish the ability of the economy to reduce the tax liability through the development and use of offsets”.

Eskom had no incentive to gear its carbon-intensity down or reduce any tax liability, as it passed the carbon tax cost on to the consumer, the firm stated.

The policy proposal also retracted Finance Minister Pravin Gordhan's indication of a phasing out of the 3.5c/kWh nonrenewable electricity levy, as stated in his 2013 Budget speech, as “part of the revenue generated from the levy funds some of the demand-side measures currently being implemented by Eskom”.

However, the carbon tax policy proposal noted that “the electricity generation sector would not be immune to the impact of the carbon tax” but it would affect any future investment decisions, as well as reduce the price-cost differential between fossil fuel-based, nuclear and renewable energy.

It was proposed that a coal-fired power plant CO2 emission intensity benchmark of 0.91 t/MWh – currently believed to be the most efficient emissions intensity of existing coal-fired power stations – during the first phase of the implementation.

The older, return-to-service stations, namely Camden, Grootvlei and Komati, which were expected to run until 2023/4, were required to cut 11-million tons of CO2 to reduce their emissions in line with the benchmark.

Electricity generated from renewable sources was deemed GHG emissions neutral and should not fall within the scope of the proposed tax.

POTENTIAL TRADE BENEFITS
However, while the new proposed carbon tax policy produced potential higher prices and some uncertainty regarding regulations, if South Africa did not follow through, the country would fall behind in international trade.

Louw noted that the policy could ensure South Africa’s place in international trade as, increasingly, countries look to trade with other carbon-conscious countries.

Louw commented that the carbon tax policy proposal’s timing, price level and scope seemed to be in “good alignment” with the developments of international trends, as well as the efforts of many of South Africa’s international trading partners.

Promethium’s independent analysis found that 28% of global emissions in 2013 would originate from jurisdictions implementing some form of carbon pricing in their economies and 42% from economies with the intention to implement carbon-pricing mechanisms.

By 2015, 71% of global emissions would have originated from economies that had carbon pricing in place.