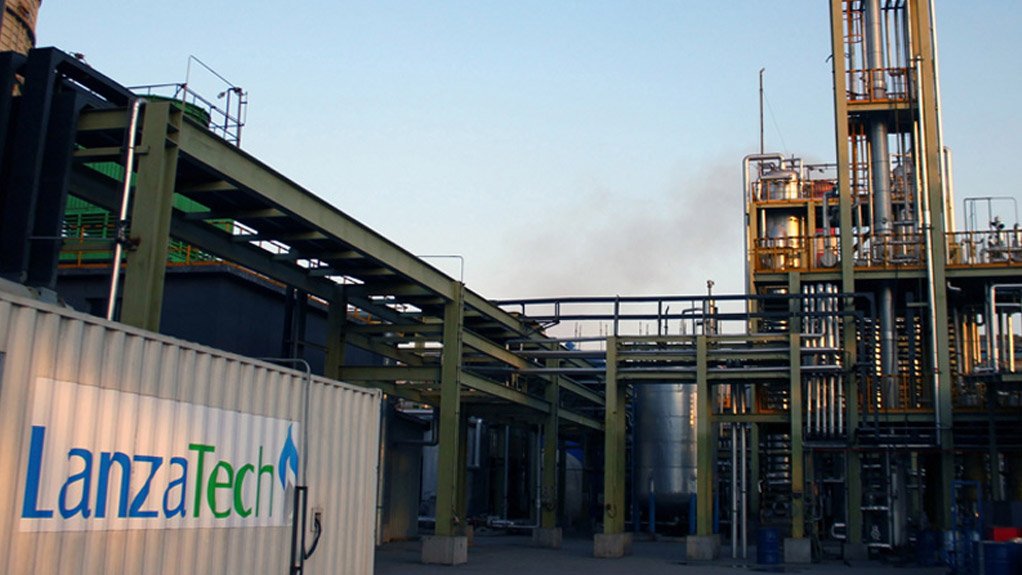 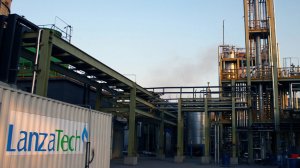 Swayana, a Level 2 broad-based black economic-empowerment company established in 2016, uses carbon-footprint-reducing technologies to produce and sell biofuel products. One such technology is the LanzaTech microbial fermentation technology, which produces ethanol from industrial offgases. Swayana notes that the ethanol will, initially, be sold on the global market as a green fuel.

Further, based on the expected production volumes, Swayana anticipates that it will be able to sell ethanol as a feedstock for the chemicals industry, specifically for ethylene and polyethylene production.

LanzaTech’s first commercial facility – which is based in China – will be on line by the end of 2017. It will produce fuel-grade ethanol from captured steelmaking offgas. “The successful application of LanzaTech’s innovative platform in steelmaking has led to commercial engagement with companies in the ferroalloys sector,” comments Swayana.

The company has signed a memorandum of understanding with LanzaTech to collaborate on developing projects for the production of ethanol and higher-value products from offgases in the ferroalloys and titania smelting sectors.

The possible impact of using offgases from this sector is considerable. South Africa has the potential to produce more than 400 000 t/y ethanol from existing ferroalloys and titania producers. “This would sequester over 700 000 t of carbon dioxide a year – the equivalent to removing 250 000 cars from South Africa’s roads,” says Swayana.

As part of this collaboration, the companies have progressed the concept of a commercial ethanol production facility to the prefeasibility phase. The prefeasibility study (PFS) is based on the use of offgases from an existing smelter site in the Mpumalanga province. “As part of the process development of this plant, a pilot unit was shipped to South Africa, and successful fermentation tests have been conducted with the smelter offgas, supporting the PFS design,” the company explains.

Swayana notes that the air quality in the industrial areas of Mpumalanga is under substantial environmental pressure, and believes that this plant will contribute significantly to the green and sustainability drives in the area by reducing the carbon footprint, contributing to cleaner air, generating jobs, and developing a new industry based on ethanol and its chemical derivatives.

“Such projects facilitate social upliftment and infrastructure generation in areas of high regional unemployment. This technology not only reduces carbon but also echoes the actions of the South African government in prioritising initiatives that can bring such societal benefits to the country,” Swayana states.

The Department of Trade and Industry (DTI) is working with Swayana to realise the implementation of the project. Swayana has applied to the Black Industrialist Programme and the application is in progress. Further, InvestSA, a division of the DTI, is assisting in facilitating the project both in the US and in South Africa.

“South Africa currently supplies a large percentage of worldwide demand in ferroalloys and titania slag and is an ideal place for LanzaTech’s carbon capture technology. This facility will open up the market for a green-based chemicals technology [tethered to] one of South Africa’s strengths, namely the mining and beneficiation of minerals,” said Swayana cofounder Joseph Zinyana.

“The large volume of offgas produced at industrial facilities cannot be stored or transported, rather it must be combusted and is therefore emitted as carbon dioxide,” said LanzaTech CEO Jennifer Holmgren. “Capturing these emissions prior to combustion enables our partners to create value and to turn a liability into an opportunity. We are excited to be working with Swayana to bring carbon recycling to South Africa.”

The LanzaTech Technology Swayana notes that LanzaTech’s gas fermentation technology uses carbon-containing gases as both a nutrient and energy source for microorganisms that, in turn, produce fuels and chemicals.

In the LanzaTech process, a carbon monoxide (CO) gas source is introduced into a bioreactor vessel. Fermentation proceeds in a liquid medium, where the microbes grow and produce specific products. These naturally occurring microbes are entirely contained in the bioreactor and have no direct interaction with the outside environment.

As the reaction proceeds the end products are recovered and separated from the water, which can be returned to the bioreactor, and prepared for their intended downstream markets. The products that come from this process are quite diverse and depend on the specific microbes.

“The upgrading of the CO-rich offgas to ethanol is similar to adding a beer brewery followed by a whiskey distillery next to the ferroalloy plant,” says Swayana cofounder Dr Jacobus Swanepoel.

Family Business Swayana is owned and managed by the Zinyana and Swanepoel families. Zinyana and Swanepoel have independent engineering companies – New Age Engineering Solutions and Thermtron Scientific respectively – and have a working relationship that has lasted for more than 15 years. The two had previously collaborated on various projects, including the turnkey design and supply of the highly successful uranium coating facility for the Pebble Bed Modular Reactor company in 2006.