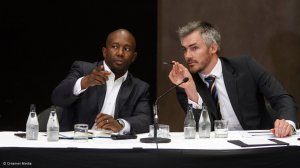 As the ongoing drought and resultant water crisis threatens Cape Town’s credit ratings and gross domestic product (GDP) growth, warnings of the impact the drought on the local tourism industry are mounting.

Tourism to one of South Africa’s most popular destinations is starting to take a knock as visitor levels to the province, and even nationally, start to decline amid Level 6B restrictions and the looming Day Zero.

Leaders from the Southern African Tourism Services Association, South African Tourism, the Tourism Business Council of South Africa and Wesgro on Wednesday warned that the dwindling tourism numbers and the impact on Cape Town and the rest of the country were significant and should not be brushed aside.

While international tourists descending on Cape Town may never be more than 1% of the population at any time, that 1% packs a “very mean punch”, as tourism supports hundreds of thousands of jobs in the Cape Town area, said South African Tourism CEO Sisa Ntshona.

Every year, 1.6-million people visit the province, spending close to R40-billion in the local economy.

Wesgro CEO Tim Harris echoed Ntshona’s sentiments, saying that, including local tourists, while visitors made up only 2.4% of the population, this small number of visiting residents sustained 300 000 jobs and contributed billions of rands to the fiscus.

The cost benefit of hosting tourists is overwhelmingly a more positive contribution than the water saved without them.

Ntshona said the tourism industry needed to be protected, as getting back onto the international radar for tourism was extremely difficult once that edge was lost.

“The drought may be in Cape town, but the impact is [felt] all over the country,” he said, pointing out that many tourists actually end up cancelling entire trips and tours of the rest of the country.

The panel said it was critical that tourism be maintained despite the drought to prevent another major economic hit that will cost jobs and further dampen national economic growth.

Tourism Business Council deputy chairperson and Tsogo Sun COO Ravi Nadasen agreed that the economic impact of tourism far outweighed the “burden” of increased consumption and encouraged businesspersons and tourists to continue visiting the province, as contingency plans were in place and many measures have been undertaken to mitigate the impact of the drought.

“We need to paint the picture that, despite the drought, we are open for business and tourism,” he stressed.

Harris also maintained that visitors were more than welcome; however, they and their hosts should be mindful of the drought.

Harris, meanwhile, remained confident of avoiding Day Zero, with the city doing a “huge amount” of work to deal with the water constraints, while the hospitality industry and other businesses undertake several extraordinary measures to save water.

There were initiatives to limit water supply, including water throttling, water tariff hikes, pressure reduction, the introduction of water reuse and the installation of water management devices.

It was not just about cutting supply, it was also about increasing supply, said Harris, pointing out that 12% of water supply was now sourced from short-term options, such as desalination, water transfers, spring water and aquifers, besides others.

“We are busy diversifying the water source away from being dependent on dams,” he assured.

These comments emerge as ratings agency Moody’s Investor Services indicated that the water crisis poses a credit risk to Cape Town’s debt rating, which is currently rated at the lowest level of investment grade – Baa3.

The negative impact of the water crisis was likely to extend to the overall growth of South Africa this year, said Old Mutual Investment Group economic strategist Rian Le Roux.

Further, the city can expect a shortfall in revenue, as water use decreases and the revenue collected from water use in Cape Town, which currently makes up about 10% of the city budget, declines.

“The water crisis is national, and all South Africans have to immediately adapt the way they consume and recycle water,” Le Roux added, explaining that the Eastern Cape was also experiencing a severe water crisis, Gauteng had Level 1 water restrictions in place and Rand Water recently placed a limit on its water supply in order to stay within permissible limits, having exceeded the allowable licence limit.