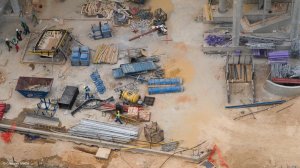 The WCPDF says slow tender processes are crippling construction and development in Cape Town and has called for a simpler and fairer deal.

The forum first raised its concerns at a conference attended by city officials in May, and says little has changed since.

“The city undertook to investigate concerns raised at the conference. We have not had any feedback, nor have we had an indication from members that the tender process has improved to any extent,” WCPDF chairperson Deon van Zyl tells Engineering News Online.

A recent survey completed by 104 consultants in Cape Town showed that there was a lack of clarity around the information supplied in tenders by the city, with professionals "needing to second-guess" the full scope of what was to be expected.

More than 80% of the 104 consultants, including quantity surveyors, architects, engineers and project managers in Cape Town, said the greatest concern was the way they were expected to submit prices far below what was considered fair and reasonable in the industry.

“Out of sheer desperation to procure work and at least earn some income to keep going, this is what the industry is putting up with,” says Van Zyl.

“Public tender requirements call for competitive and fair pricing. However, the manner in which the tender processes are set up is to call for the lowest possible price without much regard to whether pricing offered is sustainable or not,” he adds.

He said the forum had been informed of up to 80% discounts on professional fees being tendered. Van Zyl says this indicates that tenderers are chasing cash flow and are possibly cross-subsidising projects purely to secure the work.

“This leads to dilution of quality and possibly to wasteful expenditure when contracts have to be cancelled due to underperformance or eventual lack of delivery.”

The WCPDF has suggested several ways in which the City of Cape Town can simplify the tender process. Van Zyl proposes that the city optimise its processes by subscribing to the existing national supplier database rather than duplicating it.

He also calls on the city to simplify tender compliance requirements, to make it easier for small and medium-sized companies to tender on suitable projects.

"Feedback from members is that the problems have become more significant over the last couple of years,” says Van Zyl.

Contractors say it takes about six months for the city to assess and award tenders, although this can take up to a year. They say this makes business planning very difficult and increases uncertainty and risk.

The WCPDF says it hopes the City of Cape Town will soon advocate for swifter processes and fairly compensate companies in the industry.