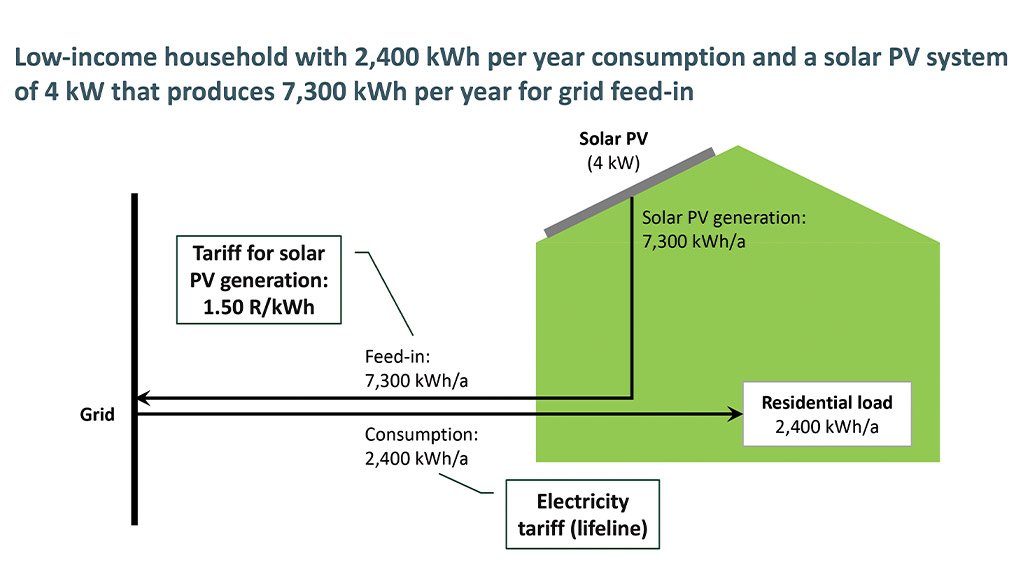 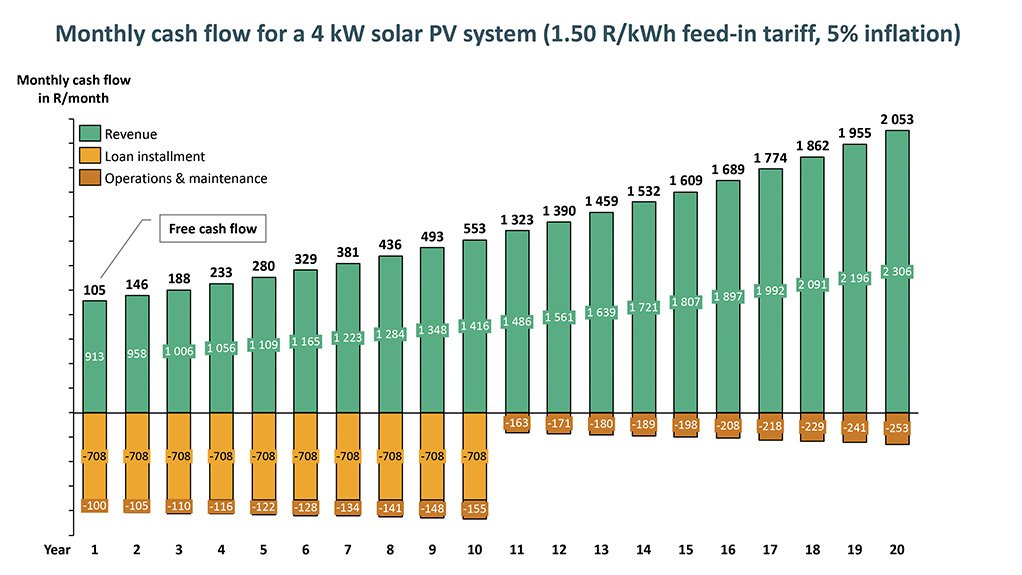 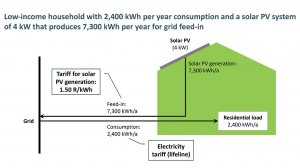 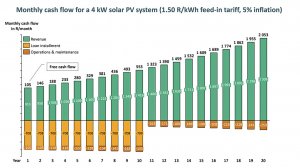 In the previous Transition Talk column, I covered how South Africa’s world-class solar resource, together with falling solar photovoltaic (PV) panel costs, has made rooftop generation an increasingly realistic proposition for factories, shopping malls and high-income households. I also outlined how these small-scale embedded generators (SSEGs) could help with the current supply shortage. In this column, I focus on low-income households and how to make them beneficiaries of the energy transition and of SSEGs.

Making SSEGs attractive for low-income households would require that they are allowed to feed electricity back into the grid and that they are paid a tariff for that energy that is higher than would be the case for wealthy homeowners or commercial enterprises. The eligibility criteria could be directly aligned with the Department of Human Settlements’ eligibility criteria for housing support. Only households with a legal electricity grid connection would qualify.

The scheme could be fully integrated into South Africa’s new-build plans for low-income and social housing, but should also include a retrofit option for established properties. Take South Africa’s existing stock of so-called ‘RDP houses’, of which more than 2.6-million have reportedly been built since 1994. Such houses are typically 7.1 m wide and 7.3 m long and have gently sloping pitched roofs that overlap the outer walls. Unless shaded, the roof has sufficient surface area – at more than 50 m2 – and load-bearing capacity for say 10 to 12 PV panels with a system capacity of 4 kW. Such an installation would be able to produce about 20 kWh a day, or 7 300 kWh yearly.

Conservatively, such a system would cost about R50 000 to install and would have an operating life of 20 years. If financed over a ten-year period, at an interest rate of 11% (a rate backed by a development finance institution), the loan installments would be R8 490 a year, or R708 a month. To incentivise uptake, the feed-in tariff should be set at a level that is sufficient to pay off the PV system and earn the host an income. In addition, it should be set at a level where it makes sense for the qualifying household to sell all the electricity produced back into the grid, while continuing to consume both the free lifeline and normal-priced electricity supplied from the municipal distributor.

At a level of R1.50/kWh, indexed to inflation (assumed at 5%), the feed-in tariff would be sufficient to generate a modest, but not immaterial, level of free cash flow for the household even after loan installments, operations and maintenance costs. The level of free cash would rise materially from Year 11, by which time the loan would be fully settled.

Energy policymakers would naturally have to give consideration as to what the limit should be on having such a subsidy in the electricity system. If one would assume that it is possible to get large-scale solar PV electricity in the best sunny places in South Africa at R0.50/kWh, the tariff of R1.50/kWh paid to low-income households would come at a premium of R1.00/kWh. One-million households with 4 kW each (4 GW of solar PV) would produce 7.3 TWh yearly (3% of the system load of about 240 TWh), which would represent a premium of R7-billion per year. That is material.

However, such a policy intervention could also bring substantial benefits. Encouraging low-income households to become electricity vendors could lead, for instance, to a mass legalisation of illegal electricity connections. Secondly, it could result in a substantial increase in the payment of nonpaid electricity bills, which is currently a serious problem for many municipalities and Eskom, because, naturally, no consumer of electricity would be paid for electricity produced until the consumption bill is settled. Further, the opportunity to become a micro-electricity vendor, turning the own roof into a power plant, would create an income-generating opportunity anywhere in the country where there is a connection to the electricity grid.

Once in place, such a scheme could, of course, be applied to larger, community-owned solar PV systems on school or communal roofs, too. Such systems would benefit from economies of scale and hence would be economically viable with a lower feed-in tariff.

It is worth noting that the cost of the policy adjustment currently incorporated into the IRP to build two new coal-fired power stations has been calculated at a present value of R23-billion. For that money, South Africa could provide 460 000 low-income households with the 4 kW systems outlined above for free!