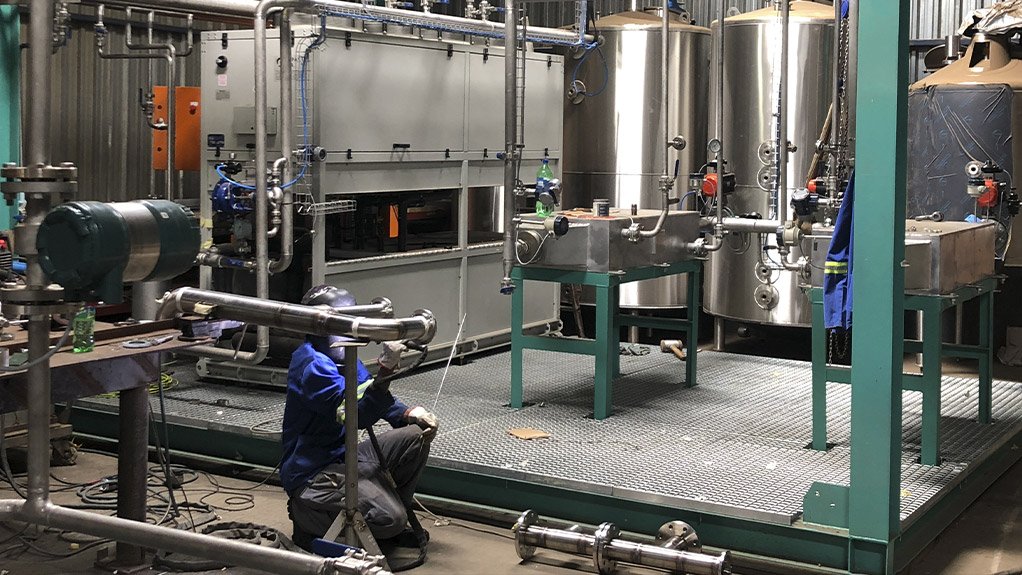 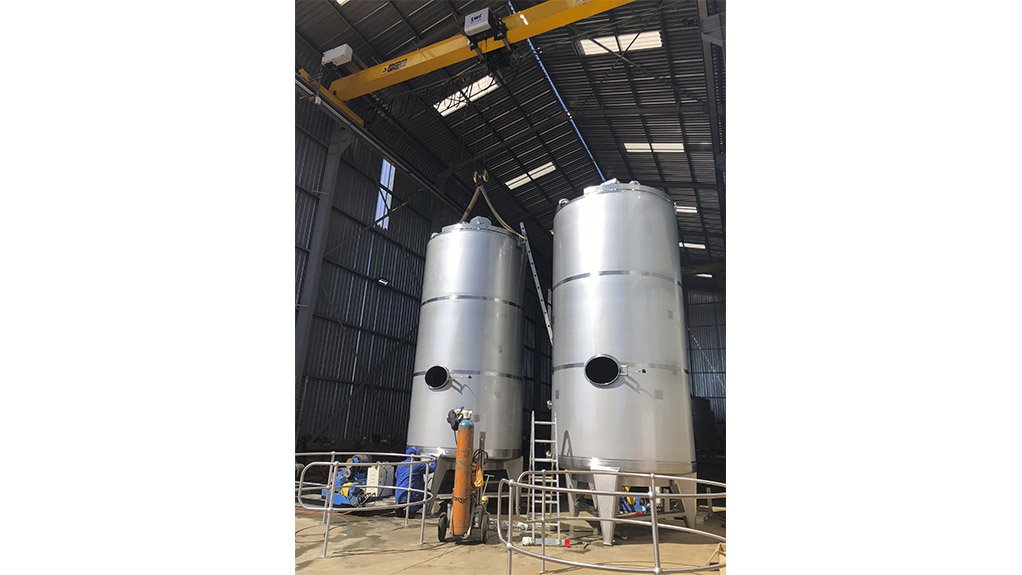 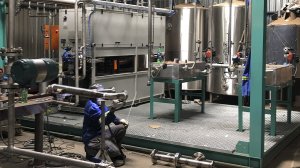 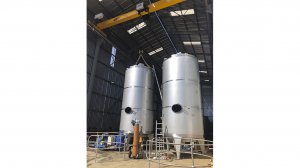 Stainless steel vessels and tanks supplier Metal Tank Industries has noted a definite market upswing in the past eight months, particularly in the food and beverage sector, as well as in the industrial sector, in terms of mineral oils, petroleum oils, chemicals and agrochemicals production.

“Towards the end of last year and early this year, we saw more investors giving the green light for various projects. We also saw large corporates and multinationals being given the go-ahead for expansion projects,” Metal Tank Industries MD Rob MacGregor tells Engineering News.

He says the positive scenario is not restricted to South African projects; it also applies to Metal Tank Industries’ active export business.

“There is strong demand for increased production capacity in these sectors outside South Africa, and we are well positioned to meet that demand.”

He mentions that, although many clients still have a tight budget and pricing constraints, Metal Tank Industries found that being adaptable and willing to find solutions that are within clients’ budgets have been essential to success.

“We had to be willing to change the way we build and design solutions, remoulding ourselves to suit client requests,” says MacGregor.

In late 2018, Metal Tank Industries bought and installed automated vertical tank building and welding systems, which MacGregor believes have been instrumental to the company’s ability to deliver solutions at lower cost.

“It took some time to adapt from an industrial manufacturing point of view, but it has helped us to streamline production processes and become more competitive in terms of costing.”

He adds that automation also drives higher quality, which, when coupled with low price, significantly increases the chances of securing project contracts.

The client has embarked on an expansion programme to upgrade its factories, for which Metal Tank Industries was awarded the contract to install new vessels.

Metal Tank Industries has manufactured six more units, which are due for delivery and installation on site next month.

In addition, the company has built a stainless steel free-standing chemical process unit for a project by a US company looking to convert carbon dioxide waste material into a usable food-grade product in South Africa.

This was part of a contract Metal Tank Industries had to build a pilot plant near Pretoria to run trials on converting carbon emissions into a usable food-grade product. The pilot plant was built in the second half of 2019 and installed at the end of the year.

MacGregor says the trials have been successful, which has led to the client moving to build a full-scale commercial plant in the second half of this year.

Another major recent project for the company included the delivery and installation of the wet section of a new processing plant for food producer Casa-Mia in Nancefield, Gauteng.

The wet section is part of a new corn chip processing plant aimed at producing for the informal market. Casa-Mia is focused on biscuit, snack food and maheu production.

The wet section was installed at the end of December and is now fully operational.

Currently, Metal Tank Industries is involved in a water reticulation project for soft drink producer PepsiCo, where the company was contracted to assist in upgrading PepsiCo’s water reticulation facilities at its Isando snacks factory, in Gauteng.

“Many corporates operating in South Africa are realising that energy is not the only increasingly scarce and problematic resource – it is water as well. It is becoming apparent that it is very important to have a backup water supply,” MacGregor explains.

He says a large number of corporates are looking at ways of bolstering their process water facilities and that “this contract comes off the back of those concerns”.

Metal Tank Industries was awarded the contract in late December to install extended capacity for the factory’s process water and the reticulation system. This includes the manufacture and installation of six 125 000 ℓ stainless steel water storage vessels, with piping and control.

“We believe it’s a positive move on PepsiCo’s part to deal with the scarce water resources in South Africa,” MacGregor comments.

Metal Tank Industries has also started work on a large-scale opaque beer plant for a client in Zambia.

The plant will produce beer made from sorghum, which is popular in the African market, particularly the informal sector.

MacGregor explains that sorghum-based beer is a more cost-effective product to produce and, therefore, cheaper for the consumer, even though the quality of the product is on par with other kinds of beer. He adds that Metal Tank Industries has significant expertise and experience in the design and building of opaque beer plants.

Moreover, the company was commissioned in January to build vessels for a greenfield food manufacturing plant, in Swaziland, for food producer joint venture Kellogg’s Tolaram.

“A positive attitude leads to more opportunities. It’s easy to find things to complain about, but South African businesses need to remember that the whole southern part of the continent depends on us,” MacGregor concludes.