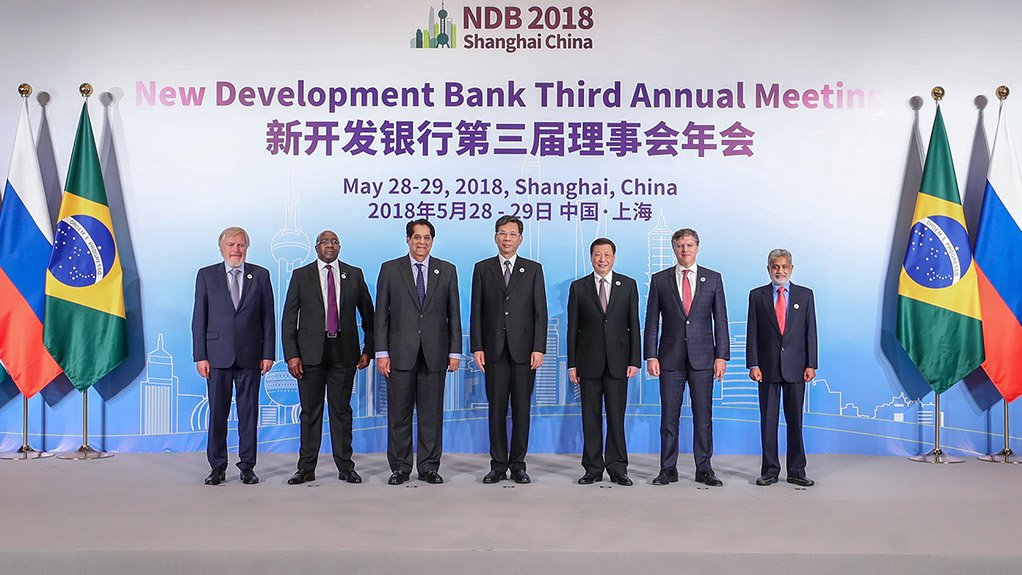 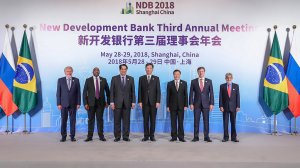 The NDB was established by Brazil, Russia, India, China and South Africa, or Brics.

During the meetings, South African Finance Minister Nhlanhla Nene was elected as the new chairperson of the BoG and will serve in this position until the end of the next BoG yearly meeting, which will be held in South Africa, next year.

The BoD, meanwhile, approved six projects from all five NDB members countries, with loans of an aggregate $1.6-billion. It was highlighted that in 2018 the bank has significantly strengthened its project portfolio, and the total amount of approvals in 2018 has reached $1.7-billion.

With the six projects approved, the total amount of the NDB portfolio has reached more than $5.1-billion.

One of the six projects approved by the NDB is the Durban Container Terminal berth reconstruction project, in South Africa, which is aimed at helping South African State-owned freight utility Transnet enhance the capacity of its Port of Durban.

This will be achieved through the rehabilitation of the container terminal berths that are currently operating beyond their original design and the upgrading of port infrastructure to provide additional slots for larger vessels.

The loan amount for this project is $200-million.

Further, the NDB approved the Petrobras environmental protection project, in Brazil, which is aimed at helping Brazilian oil and gas company Petroleo Brasileiro – or Petrobras – improve the company’s environmental footprint and to comply with new environmental regulatory requirements.

This will be done through the upgrading of two existing refineries’ infrastructure, with the objective of reducing harmful emissions and preventing water and soil contamination. The loan amount for this project is $200-million.

The third approved project is the development of water supply and sanitation systems in Russia for $320-million.

This project is aimed at helping Russia combat water pollution problems in the Volga river, through the modernisation and construction of integrated water supply and sanitation systems with the objective of reducing ecological damage and increasing the health security of residents, in five participating cities.

Meanwhile, the NDB has approved $350-million for the Bihar rural roads project, in India, which is aimed at enhancing local connectivity and improving the state’s transportation infrastructure through the construction and upgrading of rural roads with a total length of 4 000 km, spread across 26 districts in India.

This project will benefit about 3 400 places of habitation.

The scheme will comprise subprojects for urban infrastructure and ecological restoration, which will improve the living conditions of local residents and support economical development. The loan amount for this project is $300-million.