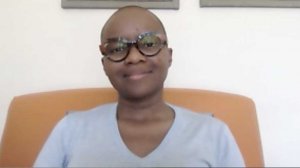 JOHANNESBURG (miningweekly.com) – Majority black-women-owned platinum fuel cell venture Bambili Energy is working on 15 hydrogen and fuel cell-linked deployment projects that are expected to be completed by March next year.

Speaking to Mining Weekly in a Zoom interview on Wednesday, Mbatha said Bambili’s interest in fuel cells came about as a result of the previous work she did in platinum mining and the beneficiation opportunity platinum group metals are presenting with the strong emergence of the hydrogen economy.

“We were partners with Lonmin plc at the time. So, I worked at Incwala and I was a former CEO and was one of the key shareholders. During that time I obviously got to know a lot about the platinum industry and developed a deep interest around beneficiation. Hence, the link between the work that I’m doing now around the manufacturing of fuel cell systems and the fact that one of the components in the fuel cell system, the ones that we are manufacturing at least, uses platinum, and therefore the link between my past and my present,” said Mbatha.

Soweto-born Mbatha spoke of her single-minded focus to make sure that Bambili is a success and that South Africa grows the fuel cell business.

To ensure that it gets 15 fuel cell demonstration projects off the ground in South Africa by the end of the first quarter of next year, Bambili has been working with high level partners that include Horizon Technologies of Singapore, Powercell Sweden, SFC of Germany, Element One of the US, and South Africa’s departments of Science and Innovation, Defence, Public Works and Infrastructure, and Mineral Resources and Energy.

The first of the 15 fuel cell system projects being deployed for various applications in various provinces began with the first phase of the deployment at 1 Military Hospital in Pretoria last year, which attracted global interest.

Bambili’s overall vision is to be a world-class manufacturer of fuel cell systems and subcomponents, to support customers in their energy transition towards renewable energy and then to make its mark not only in South Africa but internationally as well.

Its keenness to locally manufacture fuel cell stacks and systems is motivated by:

“It’s very exciting times for us. Particularly after we deployed the fuel cell systems at I Military Hospital. We got tremendous coverage, not only in South Africa but internationally as well, and we’ve been fielding calls from people who have an interest in acquiring fuel cell systems from us,” said Mbatha.

In the next few months, Bambili will be deploying more fuel cells in different uses and applications in Gauteng, KwaZulu-Natal, Eastern Cape and Limpopo.

One system scheduled for deployment will be in a mining environment, another for a community hall, and others at government offices in Pretoria.

In some instances, the fuel cells will be working on a standalone basis and in others, they will complement solar power.

“We believe in smart partnerships, and we are already working alongside a number of companies such as Anglo American, Engie and the South African government,” Mbatha said. This is being done to develop a Hydrogen Valley in South Africa to help spur demand and supply of hydrogen for industry, “so that South Africa can build a very strong hydrogen economy and low-carbon manufacturing of hydrogen for domestic use and export”, said Mbatha.

Within the Hydrogen Corridor, Bambili intends working with its partners to make fuel cell trucks and buses available in South Africa, starting in 2022.

“That’s a project we’re working very hard on. The other one, in terms of the Hydrogen Valley itself, is that customers will be looking to acquire fuel cell systems from us,” she said.

With hydrogen used as a feedstock for fuel cell systems, Bambili envisages becoming an integral part of the hydrogen economy.

“Our 'north star' is to aim towards green hydrogen. Obviously, in South Africa, we have other forms of hydrogen available in abundance, so it will be a phased approach, but ideally we want to get to the point where the country is manufacturing large amounts of green hydrogen for domestic use and for international export,” said Mbatha.

Benchmarking is being done to ensure that the company has a competitive product and a sustainable business.

“It’s going to take time to develop those local supply chains but it is a big commitment that we have because we think that it’s very important to have a sustainable industry. We’ve seen that internationally, particularly over the last 18 months, how international supply chains can be highly disrupted.

“It’s early days for us. The idea is that we're going to put our factory up at Dube TradePort and we hope to be hiring staff during the fourth quarter of this year to be able to support our manufacturing activities,” said Mbatha, who is displaying strong determination to ensure that Bambili is a MEA success and that the fuel cell industry grows in South Africa as the hydrogen economy takes hold globally.

Bambili is currently in negotiations with other potential investors.