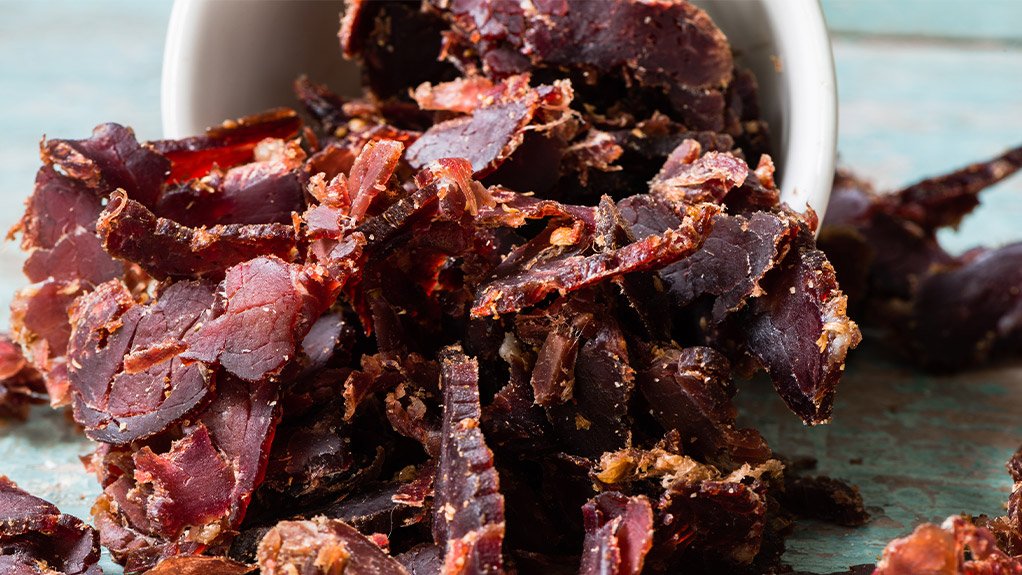 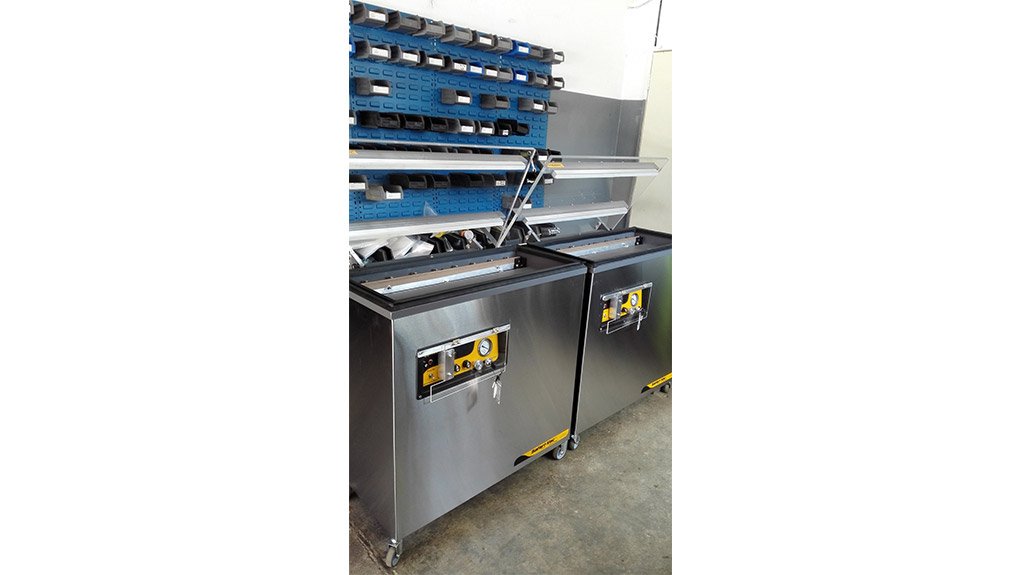 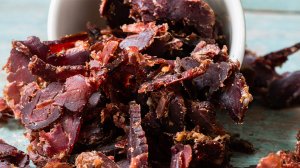 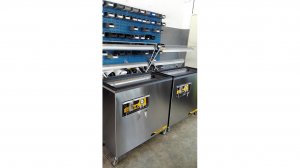 BEST-LOVED SNACK Biltong, South Africa’s best known snack, stays fresher for longer with this new technology
SUCK IT UP The Safari Vacuum machines are specially designed for the packaging of biltong

To give biltong a longer shelf life, industrially produced biltong can now be sold in MAP. Vacuum packaging, which prevents biltong from getting into contact with the atmosphere, can also be used, but it is not suitable for high-moisture biltong, which will stick together and quickly lose its snack appeal.

In the presence of moisture and oxygen, biltong goes rancid and mouldy because of microbial growth. Nitrogen and carbon dioxide (CO2) are frequently used in MAP to control this growth. Inert nitrogen displaces the oxygen in the packaging and, therefore, inhibits oxidation and the growth of aerobic microorganisms, while CO2 promotes an antimicrobial effect on microorganisms and pathogens, and is particularly effective in slowing down the onset of mould on moist biltong.

Most butchers and commercial manufacturers store biltong unpackaged, for sale as slabs, chunks, slices or sticks in loose paper bags or on trays covered with plastic cling wrap. While dry biltong, such as ‘snapsticks’, has a long shelf life, moist biltong, which is much more susceptible to moulds and rancidity, has become increasingly popular. At more than R300/kg, consumers and retailers are understandably reluctant to buy and keep volumes of unprotected susceptible product.

“In South Africa, Safari-Vac has been at the forefront of MAP for more than 30 years and Afrox has been working with Safari-Vac owner and founder Chris Johnson since 1988. Together, we have made some innovative breakthroughs in the packaging of biltong,” says Afrox production quality manager Hans Strydom.

The partnership began when Johnson was approached by Afrox to manufacture customised equipment for the biltong market.

“The machines Safari developed use a high-grade vacuum pump to first extract the air out of a vacuum chamber, with an open packet of biltong inside. The vacuum pump pulls about 99.9 kPA of vacuum at sea level, which means there is only 0.02% of the oxygen left in the bag,” says Johnson, adding that this is called a vacuum flush in the industry.

“At this point, the appropriate MAP gas mix is added to the chamber and, because the chamber is under vacuum, the gas expands in all directions. The packet is then sealed to lock in the MAP gas that will best keep the biltong in its optimal condition,” he adds.

“For moist beef biltong, which still has up to 50% of moisture, we need to use Foodfresh 7, which contains higher percentages of CO2,” he says, adding that biltong with a moisture content higher than 50% remains a problem and should be avoided.

To make a good biltong that lasts as long as it should, the rules of manufacturing must be religiously followed; however, if they are not, then it becomes impossible to prevent the product from spoiling even when using a gas mixture,” Strydom warns.

When asked whether MAP packaging affects the taste of biltong, Johnson emphasises that the gases that Safari-Vac uses are present in the atmosphere we breathe and cannot be tasted or smelled. “If the correct equipment, gas and procedures are followed, success is guaranteed,” he adds.

An additional novel innovation incorporated in Safari-Vac’s biltong packaging machines is the gas nozzle system. “Our system has adjustable nozzle settings, which allows for catering to different sizes of biltong bags, making the setup of our Safari-Vac very easy. The nozzles will never be in the wrong place and the gas will always be deployed where it is needed,” assures Johnson.

According to a 2015 exploratory research project conducted under the guidance of research institute Tourism Research in Economic Environs and Society director Professor Melville Saayman, biltong contributes more than R2.5-billion to the South African economy.

Although biltong is not difficult to produce on a small scale, there are relatively few volume producers capable of manufacturing for the lucrative export markets.

“Biltong producers in South Africa have long experienced difficulty in exporting products, owing to the need to have a EU- certified factory to participate in those markets, as well as hazard analysis and critical control points. By coupling packaging equipment from Safari-Vac with MAP gases from Afrox, along with implementing a certified food-grade biltong manufacturing process, this no longer needs to be the case.