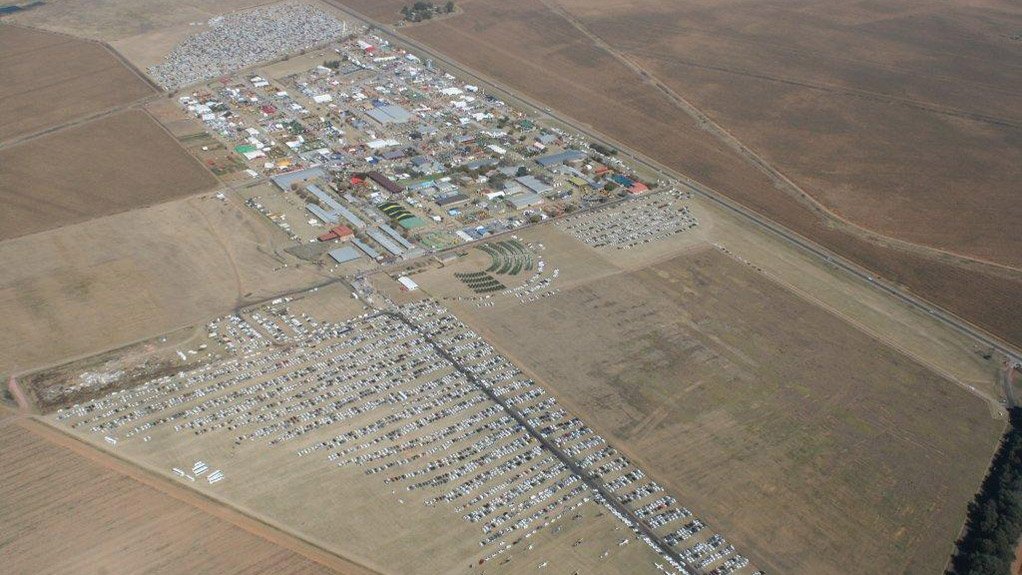 The southern hemisphere’s largest agriculture expo, the Grain SA Nampo Harvest Day, will feature a record-breaking 775 stands, and organiser Grain SA says that all the stands have now been sold out.

The event caters to the South African and Southern Africa farming community and will be held from May 14 to 17 near Bothaville, in the Free State.

The largest number of stands in previous years was 750, making this year’s total of 775 stands decidedly the largest show to date.

Sixty of these stands have been secured by new exhibitors, showing a positive upturn in the agriculture sector. Grain SA also hopes to host more visitors this year than the over 82 000 that attended the show last year.

“We, as organisers, hope to achieve a successful exhibition with good attendance and that exhibitors will get value for money spent at the stands,” says Grain SA Nampo administrative officer Wim Venter.

He asserts that Nampo is one of the most important agriculture exhibitions in Africa, and one can expect many visitors and experts in one place – all of whom have a vested interest in the agriculture sector.

Meanwhile, Grain SA Nampo and marketing assistant manager Toit Wessels enthuses that rains, which have fallen from January this year, enabled farmers to plant crops later. He adds that, as long as the cold does not set in for about another month, there should be a good yield, bringing some relief for the industry.

Wessels also discusses how the sector has been affected by the slowdown in the economy, the effects of which was noticeable in other expos that have experienced fewer attendees and have battled to fill stands. “However, this year’s Nampo is looking as good as always.”

In the build-up to the event, he mentions that new technology, bigger stands and better accessibility through computerised turnstiles are some of the attractions.

The popular 4 × 4 track with live demonstrations twice a day for 4 × 4 bakkies – with at least three new vehicles being launched – is a notable favourite, as is the adventure track for motorcycles, quads and side-by-sides.

International visitors will be housed in a tent near the VIP building, where countries such as the UK, France and others will be represented. The tent is sponsored and manned by agriculture and industry tour operator Rover Tours.

Owing to the diversified nature of summer grain farming, the livestock industry will also be very well represented, with breeds of cattle, sheep, horses and goats, as well as other livestock, to be exhibited.

Digital seed monitoring company Senzor Seed, agrochemicals company Croplife and the Fertiliser Association of Southern Africa will share information on seeds and technology involved in the sowing process at a tent next to the seed plot, adding diversification to the event.

Wessels says, for the first time, children are being catered for through four designated supervised kids’ areas, which will offer educational, interactive play and shows, as well as a large sand pit.

Additionally, Nampo Park has again made provision for light aircraft and helicopters to land at a strip adjacent to the park, and runs a full control tower for airspace navigation and safety.

The first ever Nampo Harvest Day was hosted in 1967, which 200 producers from the farming sector attended. Thereafter, it was held on various farms until the size of the event started requiring a more permanent venue. In 1974, the Nampo Harvest Day was established on a permanent terrain outside Bothaville, which is today known as Nampo Park.

Since then, frequent exhibitors have taken to building permanent facilities at the event – such as agriculture equipment manufacturer John Deere – and the exhibition space has also been frequently expanded, developed and upgraded.

Wessels concludes that Grain SA looks forward to this year’s event at Nampo Park and is finalising plans for the Western Cape event, which will be held in Bredasdorp from September 4 to 6.