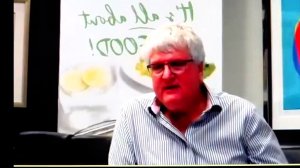 The company on June 15 provided an update on the trading environment across its operations for the fourth quarter of the 2020 financial year, with particular emphasis on the impacts of the Covid-19 crisis.

During a webinar discussing the update, CE Bernard Berson said one employee of its food service business in the Western Cape had regrettably passed away from the disease.

To date, the company has recorded upwards of 20 positive cases in South Africa and two at its operations in Chile.

Despite this, Berson noted that good progress had been made in terms of securing the health and wellbeing of employees and, where possible, maintaining the incomes of employees.

The full impact of the economic crisis became evident from April onwards for the group. For the week ended June 14, sales have improved to 67% compared with the same week in the prior year.

All the group’s businesses have continued operating in each geography; however, each country is at a different stage of the Covid-19 crisis, and each has had different levels of working, and therefore different impacts.

In terms of emerging markets, Berson said sales in mainland China had recovered and were now exceeding those of the prior year’s comparative week.

Weekly sales in Hong Kong and Macau are tracking at about 20% behind the comparative week from last year, additionally subdued by the resurgence of the political unrest.

Activity levels in the other emerging market countries in which the group operates − South Africa, Brazil, Chile, Turkey and the Middle East − remain subdued as the path out of the Covid-19 crisis still lags that of Australasia and Europe.

The group’s gross profit percentage over the months of April and May has been maintained at pre-Covid-19 levels despite the severity and suddenness of the worldwide lockdowns.

Despite all the group’s businesses having, and continuing to experience reduced levels of activity, it has been cognisant of the need to retain as much human capital capacity as it is able, to scale-up as activity levels return.

It has accessed various government wage assistance schemes in a number of businesses where it is eligible to do so, to protect as many staff as possible. However, this has not negated the need to temporarily stand down and furlough some employees.

The board and executive management have taken a 30% reduction in fees and salary respectively in the period, and the group is evaluating whether this should be extended beyond June.

All businesses where salary reduction initiatives were implemented will continue to align themselves with the impacts in their respective workforces.

With lower levels of activity, variable costs have been taken out of the businesses as much as possible, bearing in mind that all businesses have traded through the past three months, each to varying degrees.

For the month of April, the group achieved a positive earnings before interest, taxes, depreciation and amortisation, and Ebitda with Covid adjustments (Ebitdac) equivalent to 2.2% of monthly revenue.

For the month of May, it made a positive Ebitdac equivalent to 4.4% of monthly revenue. The Covid adjustments relate to abnormal receivables provisioning and restructuring costs arising out of the current crisis which amounted to R317-million for April and R177-million for May.

Demand in the discretionary spend sectors, particularly across hotels, restaurants, pubs, leisure and travel related segments, remains weak but is improving off a near zero base.

Berson said many customers were reopening and emerging at a pace quicker than the group had anticipated; however, those businesses associated with ‘large crowds’, such as entertainment, sports clubs and travel, remain shuttered.

The group’s businesses have diversified into new channels, such as home delivery and supply to other retail related channels; however, the overall contribution of these initiatives is small and remains noncore, Berson emphasised.

Non-discretionary demand from institutional customers, including serving customers such as hospitals, aged care, prisons, the military and government departments has stabilised.

The group’s priority has been to ensure that operations have sufficient liquidity for their respective requirements.

Further headroom has been created and it is believed that the group has sufficient liquidity for the foreseeable future.

The group and its subsidiaries have available to it, as at June 10, headroom facilities of R17.4-billion which is in addition to its existing net debt.

Free cash flow (excluding the interim dividend paid in March but after operating cashflows, working capital and capex) for the period from January 1 to May 3 amounted to an outflow of R470-million.

The group’s debt covenants sit at 2.5x net debt to Ebitda and interest cover ratio of Ebitda to net consolidated finance costs (excluding the effects of IFRS16) of not less than 5x. As at May 31, the group was well within these covenant ranges and it does not believe there will be any breach thereof for the year ended June.

The group expects its working capital cycle to normalise in the months ahead even though some working capital pressures may manifest as markets open and it experiences a return to a more normalised customers credit cycle.

Bidcorp's initial assessment for the period post Covid-19 and ‘new normal’ was that activity levels would return to levels of 75% to 85% of pre-Covid levels in the next 12 to 18 months, but it now believes this number will be higher and will be achieved sooner.

“Our businesses are preparing to ride out the next phase of the economic recovery with these activity levels in mind. We believe that there will not be any fundamental shift in consumer behaviour of eating-away-from-home and early anecdotal evidence suggests that human muscle memory in respect of socialisation remains an important component of the consumers existence.

"Unfortunately, not all of our operations entered this crisis in as strong a market position as we would have liked and in order to ensure their long-term survival, will require restructuring to achieve simplification and focus on their core competencies and markets,” the group noted.

In this respect, management is evaluating the group's Spanish operations to focus on their independent customer base in their core markets.

No significant acquisition opportunities in the foodservice space have become evident and the group believes it is premature to be exploring these in the current environment.

There is the possibility of market share gains should competitors, without the financial strength of Bidcorp, exit the industry.

It is finalising the acquisition of a distressed business in northern Italy and expects more of these in-country type of opportunities to present themselves in the months ahead.

Berson noted that the group would not explore large acquisitions.

A full presentation of the results is available at: http://www.bidcorpgroup.com/presentations.php.