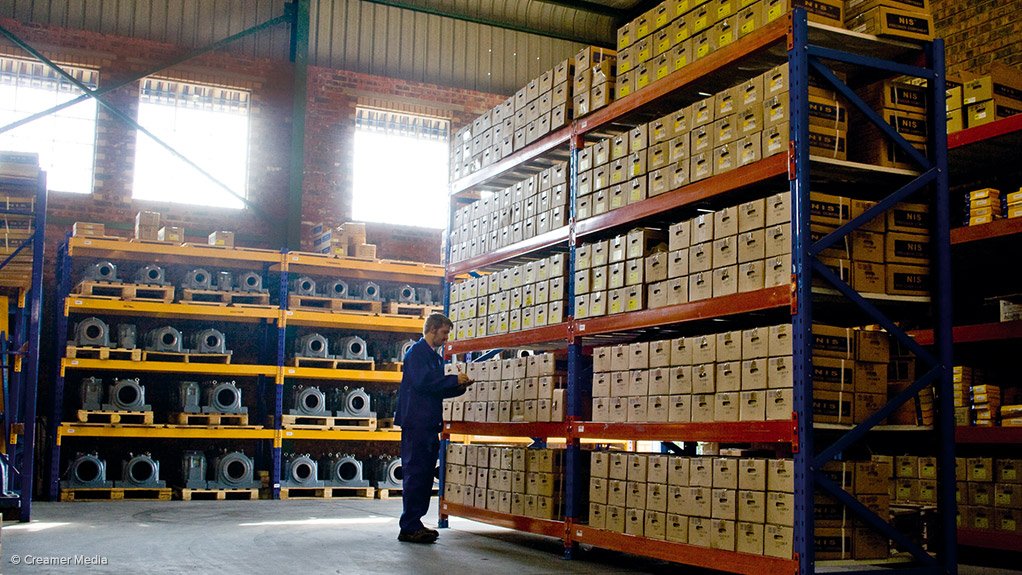 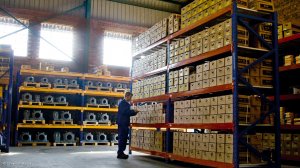 Photo by Duane Daws
BEARINGS 2000 WAREHOUSE The components distributor expects a profitable 2016, thanks mostly to its developing business relations in West and East Africa.

Scheepers, who will head the division, advises that the Synergy range includes taper lock bushes – from 1008 up to 7060 with a quick disconnect feature, all types of couplings, chains, v-pulleys up to 3 m in diameter, sprockets and locking elements. The range was developed in Asia and is currently being exported to Europe, the Americas, Australia and New Zealand.

notes that the range, which is manufactured in China and South Korea, is of premium quality and suitable for the comparatively harsh local conditions and can be used in numerous sectors such as mining, industrial, food-processing – particularly in pumps, fans, compressors, conveyors and others.

“There has always been a gap in the market regarding quality power transmission products. This is where we want to distinguish the Synergy brand. Many brands have entered the market and failed, [mainly because] once companies start competing on price alone, quality is the first thing that is sacrificed,” he notes, remarking that this is not the case with the Synergy range.

Scheepers adds that, earlier this year, Bearings 2000 secured the exclusive distribution rights for Dongil Rubber Belt (DRB) V-belts for South Africa, which, he says, will complement in quality and range of the Synergy ironwork and rubber products.

Scheepers also notes that DRB V-belts come standard with Kevlar cords, which make the belts stronger, allowing for optimum traction, speed and service life. They are also antistatic, and heat and oil resistant, and ‘Everset’, which means that the V-belts are always compatible regardless of the batch number.

Further, he tells Engineering News that the company is currently in discussions with several industrial supplies distributors to market Synergy and Dongil products to the rest of Africa and that distributorship agreements should be finalised by year-end.

Bearings 2000 has established a comprehensive in-house training programme to ensure that staff, whether they are in the sales, warehousing or maintenance divisions, will be fully familiar with Synergy and Dongil products by the January 2016 launch. This training, which is supplemented by comprehensive in-house developed training manuals, will also be available to customers.

Scheepers adds that Bearings 2000’s approach to developing the Synergy brand is threefold, with the premium- quality products offered at reasonable prices, value-added services and expertise and considerable stock offering ensuring that clients have the right product for the right application at the right time.

Scheepers believes that the struggles of 2014, including volatile strikes and weak economic growth, “have lingered on the collective mind” and that this was partly responsible for what he calls the 2015 “wait-and-see phenomenon”.

He says the uncertainty in various sectors locally and internationally has impacted on the rand, which increased prices throughout the manufacturing and supply industries.

Nonetheless, Scheepers says Bearings 2000 has a positive outlook for 2016, as it expects an upturn in the mining industry and, therefore, an increase in sales, as well as an increase in business relations in West and East Africa, which have significant growth potential.

Established in 1992 by Nicholas Stamatiadis, Bearings 2000 is a leading distributor of bearings, seals and power transmission products in South Africa.

Bearings 2000 owns the rights to the Synergy Power Transmission Components brand. The company felt that the time was right to provide its customer network with a comprehensive offering of ancillary products in addition to its core product, bearings, through its extensive already established distribution network, with strategically located branches and logistics infrastructure. A major step in this direction is to incorporate the Synergy and Dongil brands into its product range.