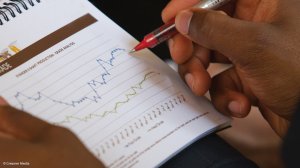 The regulatory body overseeing the implementation of South Africa’s broad-based black economic empowerment (BBBEE) legislation has dismissed suggestions that changes have been made to the rules governing the treatment of trusts and other broad-based structures under the ownership element of the empowerment scorecard.

“It is important to dispel the impression created that there is no certainty regarding BBBEE – the Act, the Codes of Good Practice as well as approved sector codes are clear as to what the framework and the parameters are … There is no change since the amendments in 2013,” the BBBEE Commission said in a statement released on Tuesday.

Nevertheless, it also confirmed that the majority of transactions involving trusts, broad-based ownership schemes (BBOS) and employee share ownership programmes (ESOPs) submitted to it to date for registration had not be granted ownership points.

Registration is required for any empowerment transaction with a value greater than R25-million and the commission, which began operating in 2016, reported that 33% of the 341 ownership transactions submitted to it between June 2017 and December 2018 involved broad-based ownership structures.

“When assessed against the ownership rules, the majority of the schemes involving trusts, BBOS and ESOPs did not meet the rules set in Statement 100 Annexes (B)-(D), and thus cannot be recognised for ownership points,” the commission said.

The statement referred to by the commission deals with the ownership component in the codes, which also include credit for management control, skills development, enterprise and supplier development and socioeconomic development.

Foreign investors unable to sell or allocate equity in a South African subsidiary are able to earn points under the Act’s equity equivalent investment programme.

Affected entities had been notified in writing of the commission’s concerns and had been given an opportunity make adjustments to the transaction.

“Some entities have made an effort to seek clarity and request assistance to align, while others have failed to take steps to remedy the transactions as advised.”

Those entities that had failed to remedy their transaction had been referred for investigation.

The commission indicated that trusts that benefited black people by offering bursaries, building low-cost housing, or funding local entrepreneurs could earn credit under the socioeconomic development or skills development elements of the codes. However, it would “make a mockery” of the Act should ownership credit be granted to schemes that “clearly fail to meet the ownership test”.