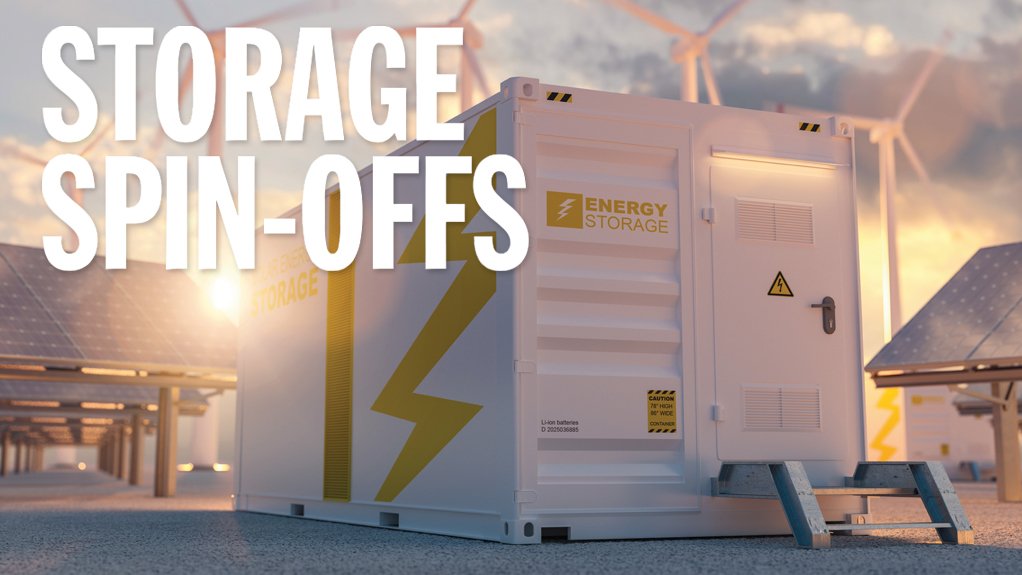 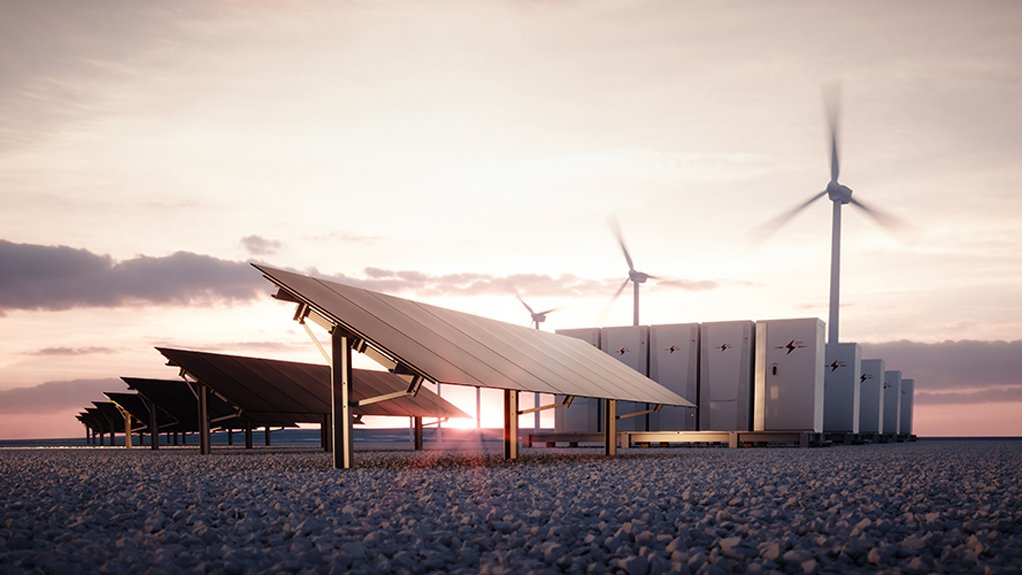 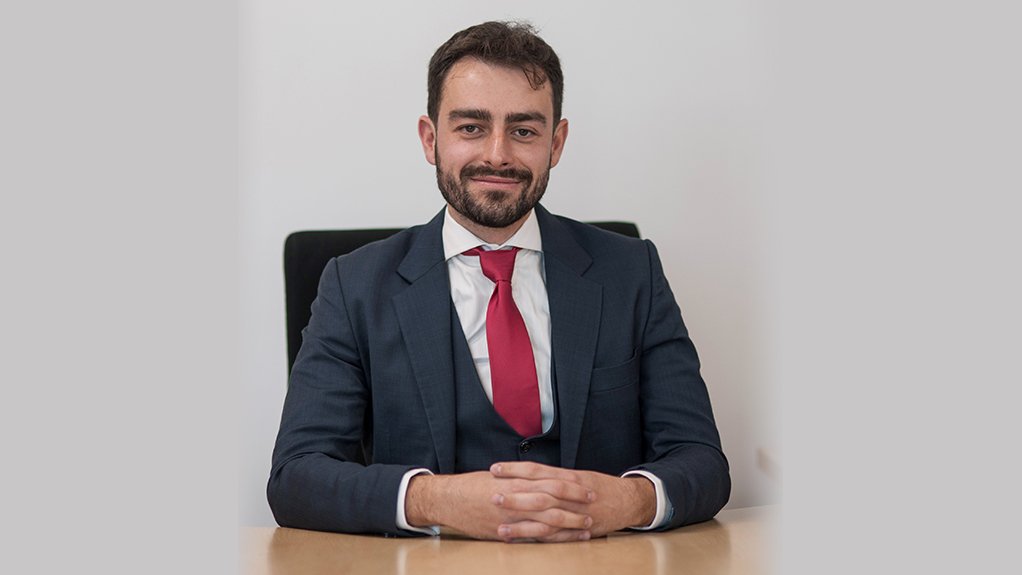 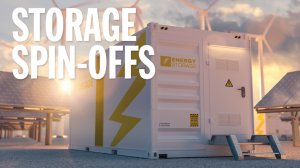 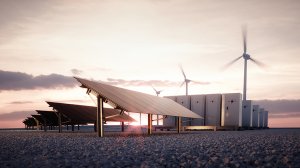 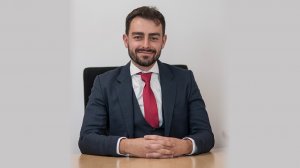 FOR WATT IT’S WORTH BESS does not generate electricity, but instead shifts loads, making it vital to use in conjunction with cheapest sources of energy generation
MIKHAIL NIKOMAROV More can be done locally than just raw material extraction, but we should manage expectations and not require 100% local content right at the beginning

Industry body the South African Energy Storage Association chairperson Mikhail Nikomarov emphasises the importance of a decentralised power system and the benefits it can provide, and how this can be supported using battery energy storage systems (BESS) in the local market.

“Energy storage through batteries doesn’t have to be centralised like other forms of storage, such as pumped-storage hydropower.”

There are many benefits that a decentralised energy storage system can provide: it supports not only energy generation infrastructure but also allows for the more efficient use of transmission and distribution infrastructure, consequently reducing costs.

The flexibility that this provides is vital, as “one can add a small or large energy storage source to a power system and strategically choose where to place it”, he adds.

The RMIPPPP was gazetted in July 2020 to procure additional generation capacity from a range of energy source technologies, such as power generation projects comprising hybrid systems, including solar photovoltaic (PV) and wind energy, as well as energy storage technology.

All of the energy projects signed this year under the RMIPPPP include BESS for a total of 1 100 MW/h.

“These projects, however, make up about 7.5% of the total RMIPPPP, and only about 150 MW of the 2 GW has been acquired so far. This gives one an idea of how significant the demand for energy storage is. If the rest of the RMIPPPP projects are closed with similar energy storage capacity, we’d be looking at more than ten times the amount of energy storage in the short term.”

Nikomarov highlights that State-owned power utility Eskom is deploying about 1.6 GWh of energy storage, but South Africa will need more energy storage capacity installed in the future than what is currently envisioned in the Integrated Resource Plan.

Engineering News & Mining Weekly reported on June 22 that Eskom had confirmed that it had awarded BESS contracts to two suppliers for projects with a combined capacity of 199 MW/833 MW/h. The projects are being funded through a World Bank loan.

“We should be deploying between 2 GW and 4 GW, and somewhere between 10 GW/h and 15 GW/h of storage on a yearly basis to be combined with the renewable-energy production that we need going forward.”

BESS can also be used to reduce Eskom’s reliance on using diesel to cover peak hours when energy demand is higher than supply and does not align with hours of the day when supply is the highest.

Eskom uses either diesel or pumped hydro storage for these situations, but if South Africa had more forms of storage, such as BESS, diesel would not be necessary, he adds.

“This, however, means that we need excess energy at other times during the day to store power, and we’re still using an energy-deficient power system, so we need to produce more energy. If we included storage with every single new renewable- energy resource, we could ensure that energy is available when it’s needed, rather than when it’s produced”.

Nikomarov says the local energy sector can use BESS in conjunction with cheaper renewable-energy sources, such as solar PV and wind, to reduce South Africa’s steeply rising tariffs.

“The cheapest source of electrical energy right now is solar PV, and wind is also cost competitive, so we need to deploy more of those. Coal energy is more expensive – particularly with some of the old coal energy plants that Eskom is decommissioning anyway such as Hendrina and Camden.

“We need to get those expensive energy sources out of the energy system and cost structure and bring in cheap renewable- energy generators to reduce costs,” he adds.

“The roll-out of BESS needs to be geographically spread out, and it needs to be located where the bottlenecks in the transmission and infrastructure are. Initially, this will be easier to do on Eskom’s network, but over the medium term, we need to include BESS in the municipal power networks as well, as those are weak power systems. If these municipalities learn from Eskom, it will be easier for them to implement.”

Schedule 2 of the Electricity Regulation Act was amended in August 2021 to extend upwards the limit to which a private power project needs to apply for a generation licence, from 1 MW to 100 MW.

Nikomarov says battery energy storage provides an opportunity for local miners and municipalities to take advantage of the reform.

“We have ideal sunlight in South Africa, but mines tend not to be located in areas with good wind conditions, so solar would solve only some of the problems, as mines won’t be able to produce energy when the sun sets. Mines are not subjected to load-shedding, but do get asked to reduce their load, so if they want to cover periods when there isn’t any sunlight, they have to use BESS.”

BESS does not generate electricity, but is rather used to shift loads, making it vital to use BESS in conjunction with the cheapest sources of energy that can be generated, Nikomarov states.

“BESS, or other types of storage, don’t factor in where electrons are sourced from, and whether they are sourced from clean energy sources, as these storage technologies take the electron and store it, and then discharge it later. If the goal is to have a cheaper power system, we should be taking the cheapest electrons we can produce, and store those for later use.”

Nikomarov stresses that these prospects, legislative changes and demand for the metals and minerals – such as manganese and vanadium – required for BESS, provide an ideal opportunity for the South African mining sector to supply these materials.

The 100 MW policy reform presents an opportunity for local miners to use renewable- energy sources in their operations to gather the necessary materials for battery energy storage more sustainably.

Other sustainable projects implemented by local miners, such as Anglo American’s zero-emission hydrogen-powered trucks, will also contribute to more sustainable mining, in addition to Eskom’s goal of decarbonising the energy it supplies, which will further decarbonise mining operations.

“Mining in South Africa – in terms of its policies and how the sector regulates and encourages sustainable mining – should be given credit. Health and safety, as well as environmental regulations, are strict, with regular inspections conducted.”

Nikomarov stresses that, in addition to mining and supplying the necessary materials for battery energy storage, South Africa should aim to locally manufacture the necessary components for BESS.

“Something working to our advantage is that shipping fees have increased owing to Covid-19, so that means that in terms of shipping equipment and components that take up a lot of space, competitiveness locally has increased. Let’s look at the new reality of shipping costs and disruption to supply chains and analyse what can be done locally.”

He does, however, stress that expectations do need to be managed in terms of how much content could be manufactured locally for battery energy storage, as South Africa might not be able to manufacture all the necessary components and technologies cheaper.

“More can be done locally than just raw material extraction, but we should manage expectations and not require 100% local content right at the beginning, as that is unrealistic, and it would be cumbersome for the developing industry.”

Using BESS in residential sectors could benefit not only the individuals living in those areas but also the local distribution network infrastructure.

For example, in countries such as South Korea, different tariff rates are offered to users – whether residential or industrial – that have deployed behind-the-meter storage, he adds.

The power provider can tap into these residential batteries when required to use the stored energy, while in return, either subsidises up to one-third of the batteries’ cost or offers a cheaper tariff structure if residents have deployed a battery.

“This is a great opportunity for South Africa to prove what we can do to make the domestic energy system more efficient and solve our energy crisis, as well as boost our exports.

“We can be part of a supply chain that’s going to create export-oriented jobs, so we need to consider how we’re going to participate in an industry that will continue to grow in the next 50 years,” Nikomarov concludes.