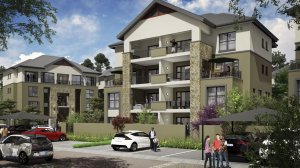 In a financial year that was characterised by unprecedented socioeconomic and market conditions with unusual working and living environments, various measures initiated by JSE-listed Balwin Properties saw the company experience continued strong sales demand for the “Balwin product” at the end of the period to February 28.

Some of these measures included the launching of an online sales platform and the implementation of several measures to increase the rate of construction to match the continued strong sales demand.

However, the start-up of construction during the period was conducted on a phased basis in line with national regulations in response to the Covid-19 pandemic and, accordingly, it is estimated that construction activity was adversely impacted by about three months, representing 25% of the year.

Despite a welcome reduction in the prime lending rate of 275 basis points since the start of the financial year, market conditions remain challenging for the consumer, Balwin said, noting that, in response, the property developer has continued its marketing campaigns through price incentives and other sales-related promotions to continue to drive sales.

Although margin dilutive, these marketing campaigns have yielded the desired results in promoting sales and ensuring the generation of cash flow to the business.

The strong sales enabled Balwin to deliver 2 546 apartments to clients which were recognised in revenue for the year under review, despite the protracted construction delay.

Demand for one- and two-bedroom apartments remained strong and comprised about 77% of the total apartments recognised in revenue, which continues to be complemented by the existing block configuration.

The group has pre-sold 2 499 apartments beyond the reporting period, though these apartments have not been recorded in revenue in the current financial year and represent an increase of 1 855 apartments forward sold when compared with the prior corresponding reporting period.

CEO Stephen Brookes said on May 17 that this was evidence of the sustained demand for the product, as well as the market’s trust in the Balwin brand.

In line with the strategic objectives of the group, there was an increased roll-out of the Green Collection developments in the year under review, specifically in the Johannesburg and Tshwane regions.

The planned growth in the Green Collection brand is set to continue in the new financial year as the brand is being introduced into the Western Cape node to broaden the product offering to customers.

This represents a 15-year development horizon, Brookes said during a virtual presentation.

Additionally, Brookes advised that the group continues to monitor the land reform policy and is taking the necessary actions to ensure its secured pipeline of property developments is not negatively impacted.

Mooikloof Mega City was designated as a Strategic Integrated Project (SIP) during the year, with the Department of Public Works and Infrastructure having committed to fund the external bulk services installations in an effort by government to boost the economy post-Covid-19 and to create employment through infrastructure development.

In this regard, Brookes confirmed that Balwin continues to “actively engage with government” and that in addition to the Mooikloof development, the Greencreek and Tshwane East developments, which comprise about 3 800 apartments, were also announced as SIPs, with the potential for the introduction of additional SIPs in other nodes in the future.

The group recorded revenue of R2.7-billion, a 7% decrease from the prior year, which was largely influenced by the protracted construction delay necessitated by the lockdown.

The average selling price per apartment of R1 044 103 was consistent with the prior year, the developer said, noting that marginal increases in the selling prices of apartments were offset by the change in the mix of apartments sold, together with a continued increased contribution from the Green Collection apartments.

Balwin reiterated that it expects the contribution of the Green Collection developments to continue to increase in the current financial year in line with the increased roll-out of these developments.

The gross profit margin for the year of 27% was consistent with that of the prior financial period and an increase from the 25% margin reported for the interim period.

The business is currently recording a margin below the targeted gross margin of the group, reflective of the ongoing depressed market conditions, though Balwin referred to the strategic marketing initiatives offered in response to the economic environment proving to be "highly successful in driving sales with the price discounts offered being able to be absorbed by the healthy margins generated by the business”.

The gross profit margin of the respective developments improves as they mature owing to the phase-by-phase increase in the selling price exceeding the incremental development costs for each new phase.

The group is confident that the gross margin will improve in the short-to-medium term through focused and creative cost engineering measures and through the gradual general recovery of the economy.

Further, the operating expenses of the group increased to R265.2-million in the year under review, largely as a result of the improved activity in Balwin Fibre which grew its customer base significantly in the current year.

A significant decrease was recorded in “other income” when compared with the prior corresponding year as a result of the loss of rental income that the company earned in the prior period on the Greenpark apartments.

Rental income was derived during the lease-up period prior to the sale of the apartments to Balwin Rentals in the previous year prior to the modification of the sales strategy of the Green Collection apartments.

The management and containment of overhead costs remains a focus area for the upcoming financial year, Balwin said.

Meanwhile, earnings a share and headline earnings a share decreased by 19% to 71.67c and 71.47c, respectively, which Balwin confirmed was in line with the range communicated in the group’s voluntary business and trading statement issued in March.

Developments under construction, including the value of land, land contribution costs and development costs, increased by R751.3-million to R4.12-billion.

Land and land contribution costs account for 48.9% of the value of work in progress.

The investment in the development pipeline of the group has been “a catalyst” for the increase in the value of developments under construction at year-end, Balwin said.

Balwin continued its focus on reducing the environmental impact of the group through innovation in design and building techniques.

All apartments developed in the period were registered for Excellence in Design for Greater Efficiency (EDGE) certification, as well as previously developed apartments, with a total of 20 269 apartments having received the certification during the financial year under review.

Brookes on May 17 enthused that a six-star green rating was “the highest possible rating”.

In the current year, the De Zicht Lifestyle Centre received a net zero rating from the GBCSA, which Balwin considers “a ground-breaking achievement” for the group with respect to sustainable development processes.

The group aims to achieve net zero ratings for a further six lifestyle centres in the coming year.

Following the partnership developed with Absa Bank to offer green home loans to Balwin customers through the introduction of the innovative Absa Eco Home Loan, three other major institutions, First National Bank, Nedbank and Standard Bank have signed on and are now a part of this concept.

Through this initiative, Balwin’s customers will benefit financially by receiving a reduction in the offered interest rate to assist in unlocking the investment potential of green infrastructure technologies and services while offering value to the customer through improved affordability.

Balwin successfully launched eight new developments during the year, all of which were supported by strong sales demand and are located in the targeted nodes of the group.

As part of the vision of the group to ensure the complementary presence of each of its development brands within the four strategic regions, the launch of Greencreek and Greenbay, in particular, represented the origin of the Green Collection model in Tshwane and the Western Cape while Izinga Eco Estate represents the first Signature Collection development in KwaZulu-Natal.

Sales from the initial phases of Munyaka and Greencreek were included in revenue in the year under review and the remaining developments are expected to contribute to the results of the group in the upcoming financial year.

Further, while Balwin said it remains “cautious in the prevailing macroeconomic climate”, the group is positive on the resilience of the Balwin product as demonstrated by the sustained demand by its customers.

This, the developer said, “is evidenced through continued strong sales, enhanced by the highly successful launch of the online sales platform during the Covid-19 lockdown, as well as the extremely healthy pre-sales recorded for future years”.