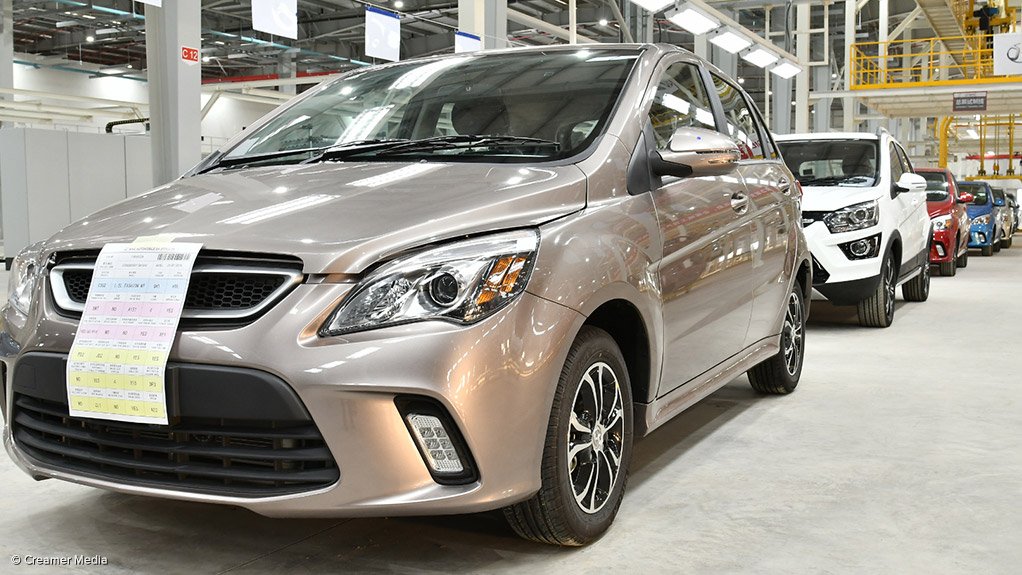 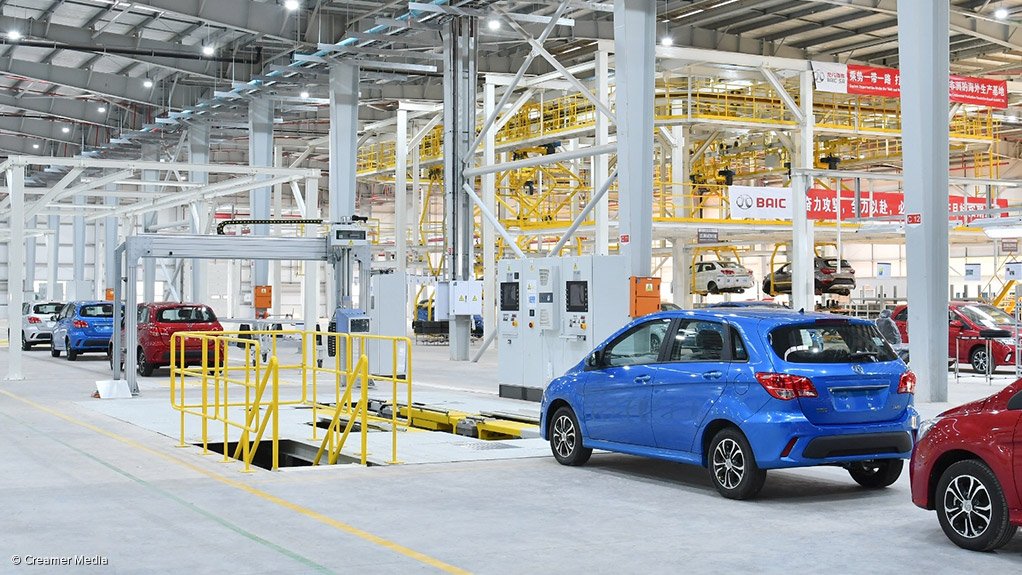 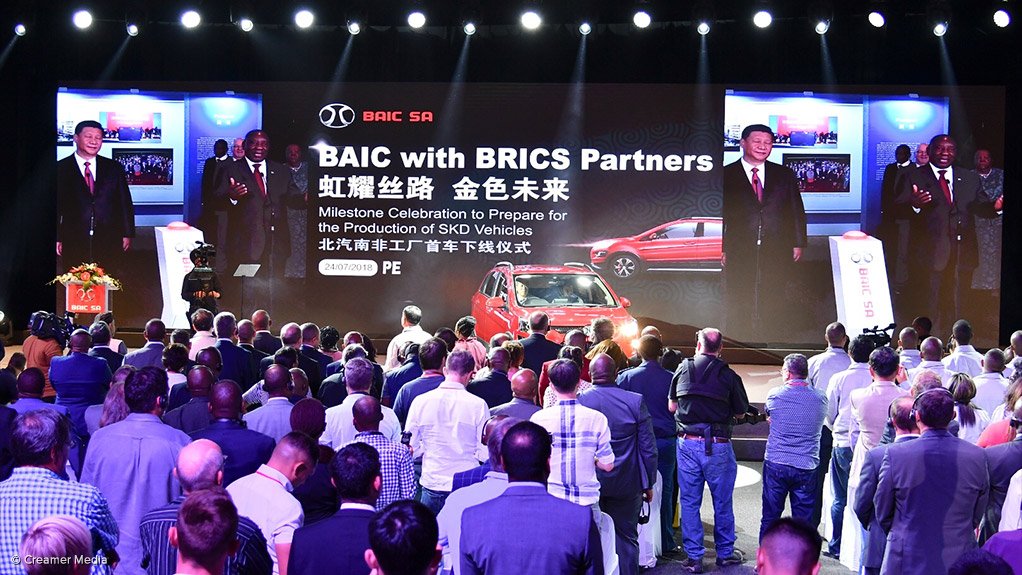 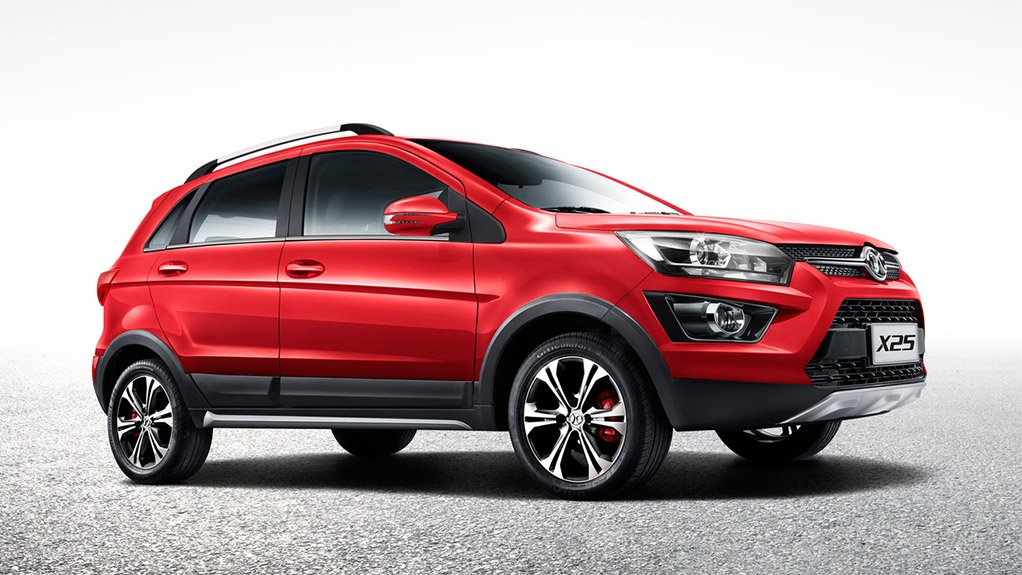 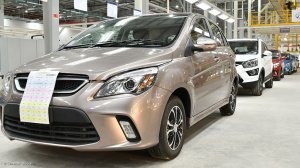 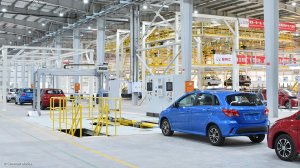 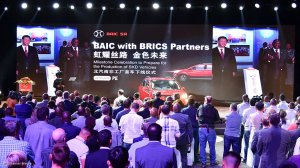 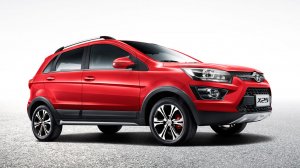 The company has completed the critical construction and equipment installation milestones for Phase 1 of the historic R11-billion investment in the assembly plant.

Phase 1 involved the completion of the semi-knocked-down line and satisfactory progress on construction work streams of its vehicle assembly plant.

BAIC SA announced on Tuesday that the full-scale production of its compact sport utility vehicle, the BAIC X25, will start in the fourth quarter.

The BAIC SA investment – one of 26 bilateral agreements, with a total value of R94-billion, signed in 2015 between SA and China – is the single largest investment in South Africa in 40 years.

The project is the result of a memorandum of understanding between the South African government’s industrial policy implementation arm, the Industrial Development Corporation (IDC), which has a 35% shareholding in the plant, and Chinese State-owned BAIC Group (with a 65% shareholding), which manufactures BAIC models, as well as Hyundai and Mercedes branded cars for the Chinese market through its Beijing Hyundai and Beijing Benz joint venture agreements.

The R2-billion Phase 1 of the BAIC SA plant, comprises a 4 200 m² office block and an assembly and body shop of 42 000 m² fitted with robotic equipment.

Construction will start shortly on the 21 000 m² paint shop, which is scheduled to be completed by the end of 2019.

BAIC describes its new facility in Coega as “high standard, environment-friendly and intelligent.”

The factory also makes use of artificial intelligence.

CHINA–SA RELATIONS AND BRICS VISION
With 2018 marking the 20-year anniversary since the start of bilateral trade, investment and economic relations between South Africa and China, the BAIC SA project is not only set to dramatically advance the economy of Nelson Mandela Bay through investment in the East, but also offers BAIC a strategic geographic manufacturing and export base to realise its global strategy.

Sixty per cent of vehicles manufactured at the BAIC SA plant are destined for export markets in Africa, the Middle East and Latin America, with the remaining 40% to be sold in the South African market.

BAIC currently has 17 dealerships in South Africa and plans to announce further expansions.

BAIC Group chairperson Xu Heyi has described the relationship between South Africa and China as one of "golden cooperation", which ensures the realisation of prosperity through Brazil, Russia, India, China and South Africa (Brics) cooperation.

“The BAIC SA project advances both countries and is testimony to this week’s Brics Summit theme which centres on inclusive growth and shared prosperity in the Fourth Industrial Revolution,” said Heyi.

“Over and above this particular investment, we expect positive spin-offs in additional investments and job creation from the numerous local and foreign components manufactured in the supply chain,” remarked Qhena.

He said the planned development of the industrial supplier park satisfies the needs identified in Ramaphosa’s New Deal to promote meaningful economic participation by small enterprises.

To date, 1 540 direct construction jobs have been created.

The company has also released forecasts on permanent employment in South Africa.

BAIC SA said 120 employees will be employed at the plant by the end of this year.

The total value of contracts awarded to SMMEs in Phase 1 was R200-million.

Forthcoming projects such as the paint shop, landscaping and other external work streams, due to be completed by the end of this year, will ensure BAIC reaches its SMME participation goal of 35% in Phase 1.

BAIC SA has successfully engaged and formed memorandums of understanding with the first group of local suppliers to develop its South African supply chains. This year's localised parts procurement plan will include 39 parts; mainly based on the production of accessories for interior parts, such as roof lining, carpets and seats.