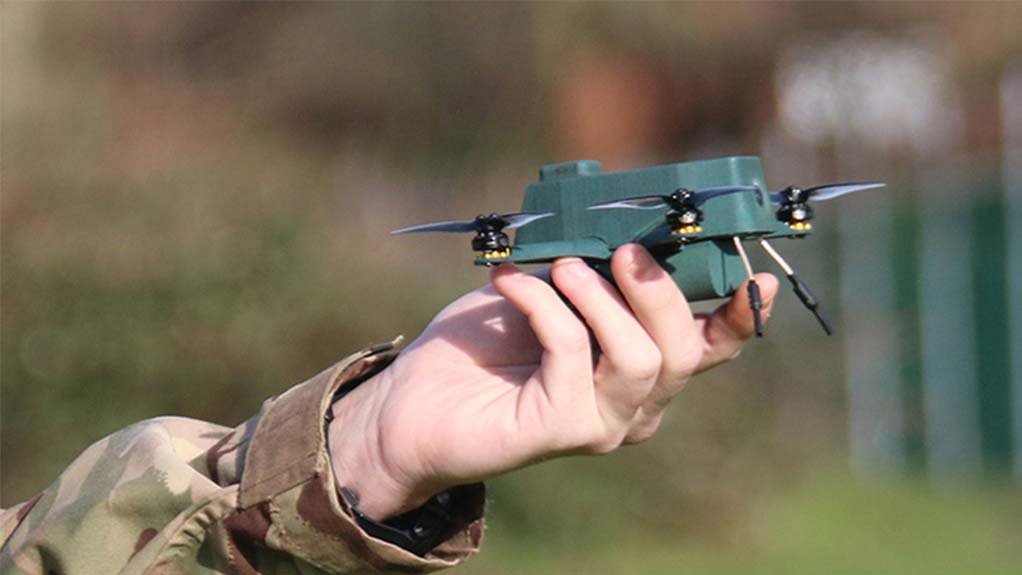 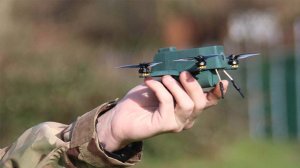 UK-based global major aerospace and defence group BAE Systems and British specialist uncrewed aerial vehicle (UAV) small and medium-sized enterprise (SME) UAVTEK have partnered to develop a nano-UAV for military use that can operate in severe wind conditions. Known as the Bug, the nano-UAV successfully demonstrated its capabilities at the UK’s Army Warfighting Experiment, held near the end of last year. An initial 30 units have already been delivered to the British Army.

The Bug is not the first nano-UAV to be developed, or deployed operationally by an army. That distinction belongs to the Black Hornet, originally developed by Norwegian company Prox Dynamics, which entered operational service with the British Army (the first army to deploy nano-UAVs) in Afghanistan in 2012.

However, the Bug has demonstrated unprecedented poor weather operating capability. It is a quadcopter with a mass of 196 g (about the same as for a smartphone) and has proven its ability to operate in winds gusting up to more than 40 knots (in excess of 74 km/h). It has a low visual profile, making it stealthy and is fitted with quick-change batteries, each of which has a life of 40 minutes. It has a range of 2 km, this being the distance over which it can receive commands and transmit imagery. Currently, its high-resolution full-motion video camera operates only in the visible wavelengths, but infrared wavelengths could soon be added.

“We delivered the Bug in partnership with UAVTEK, an SME that designs and builds UAVs from its workshop in the Cotswolds [region in western England],” pointed out BAE Systems Applied Intelligence business Principal Technologist James Gerard. “Our experience in developing large volumes of secure hardware means we were able to help the team turn the excellent design into a real product which our Armed Forces can use. This kind of collaboration is happening right across BAE Systems and is a great way to quickly get the best thinking from small companies into the hands of military users.”

“We are very proud of the fact that the Bug is designed and built in the UK,” affirmed UAVTEK CEO Howard Humphries. “This demonstrates that the UK drone industry can produce world-class unmanned systems. We have outstanding partners, including BAE Systems and [US major aerospace and defence group] General Dynamics, who are collaborating with us to develop the best possible technology.”

“One thing that sets us apart is that UAVTEK is the only airframe-agnostic drone manufacturer in the UK; we use the same interchangeable ground-controllers, and the same operating system for every UAV in the fleet, which reduces training time and skills fade,” highlighted UAVTEK CFO Jenna Copley. The company offers a range (or fleet) of seven UAVs in the nano-, micro- and mini-UAV market segments.