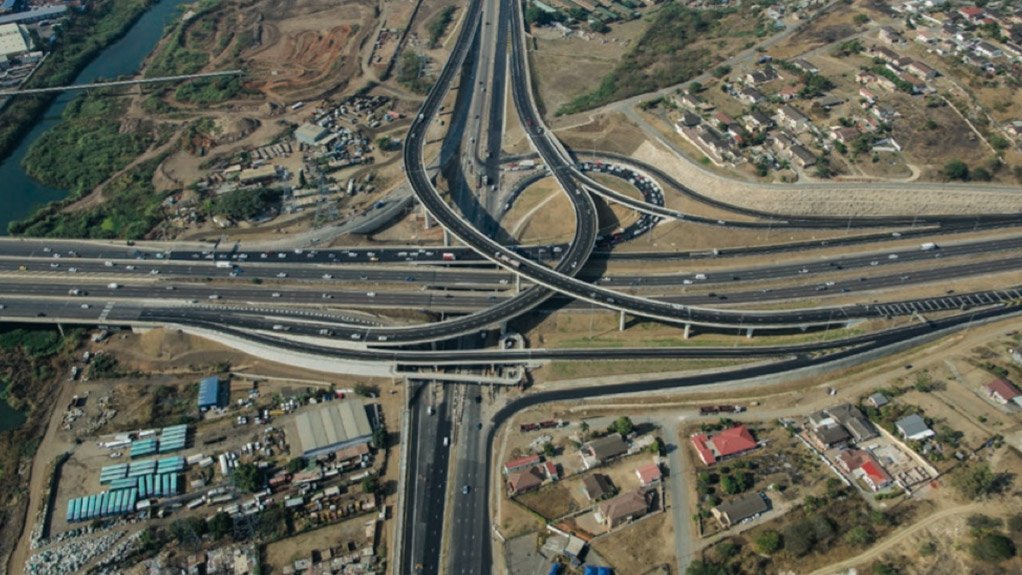 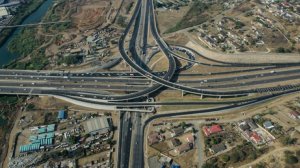 FOUR YEARS WELL SPENT The interchange upgrade, which started in 2011, has reduced congestion and journey times, while increasing road safety

State-owned entity the South African National Roads Agency Limited (Sanral) reports that upgrading the Umgeni road interchange, located at the N2 and M19 intersection in KwaZulu-Natal’s eThekwini municipality, has eased the flow of traffic for about 14 000 to 16 000 vehicles travelling through the interchange during the morning and evening peak hours, with light vehicles constituting 94% of the traffic.

Sanral says the improvements have resulted in reduced journey times, with a substantial reduction in congestion on the N2 and M19 during peak hours. It has also improved safety for pedestrians and motorists, which has reduced accidents, particularly on the N2 between the EB Cloete and Umgeni road interchanges.

The upgrade has also given safer access for pedestrians to the business areas around the interchange and contributed to better public transport.

This portion of the N2 corridor – situated between the Port of Durban in the south of KwaZulu-Natal and the Dube TradePort industrial development zone in the north – is part of the government’s Strategic Integrated Project 2, and is located at one of three major links between Durban and the western part of KwaZulu-Natal

The interchange, which was upgraded in July, has replaced a conventional diamond interchange, where the traffic on the ramps was controlled by traffic signals, which caused chronic congestion at the intersection and on the N2, in both directions.

The need for improvement was identified by traffic studies conducted in 2003, which concluded that constructing free-flow ramps would reduce congestion and improve road safety at the interchange. Sanral and the eThekwini municipality concurred with the proposed solution and jointly funded the project, with Sanral contributing 72% of the funding.

Improvements The Umgeni road interchange projects involve the construction of four road bridges, two of which were partly incrementally launched bridges with overall lengths of 560 m and 205 m respectively. The other two bridges cast in situ decks comprising precast beams with lengths of 70 m and 55 m respectively. In addition, two pedestrian bridges were also constructed across the M19.

The work scope also included the construction of culverts and a substantial number of retaining walls to limit the impact on the adjoining properties. In terms of roadworks, the work scope included widening the M19 and constructing various ramps and approaches for each of the bridges.

Incremental Launch As both the N2 and M19 comprise major traffic routes, the Umgeni project aimed to keep traffic disruption to a minimum.

Sanral notes that the standard segmental method of bridge building for two-directional ramps at the intersection was abandoned in favour of the incremental launch, owing to the substantial volumes of traffic on the N2 and M19.

This method entails building the entire bridge deck from one end of the structure, thereby eliminating the need for formwork, which allows for traffic flow to continue uninterrupted.

Sanral explains that this involves sliding sections of bridge deck over special bearings – concrete blocks covered with stainless steel and reinforced elastomeric pads. The steel ‘nose’ attached to the front of the bridge assists with reducing the stresses on the bridge deck as it is pushed forward.

Job Creation and Skills Development During the construction period of the Umgeni road interchange, 404 people were employed and Sanral’s total labour investment was R57-million. Seventeen small, medium-sized and microenterprise subcontractors were employed and earned R55-million in total.

The project also enabled 265 people, predominantly from the eThekwini municipality, to be trained in various skills including basic computer and electrical skills, as well as advanced electrical and basic plumbing skills.

Award-Winning Construction In recognition of excellence in civil engineering, the Concrete Society of Southern Africa chose the Umgeni road interchange project as the winner of the 2015 Fulton Award in the category for civil engineering structures over R100-million in value. The awards ceremony took place from June 5 to 7.

The KwaZulu-Natal branch of the South African Institution of Civil Engineering (Saice) awarded the project a commendation for technical excellence at the Saice national awards on October 8.