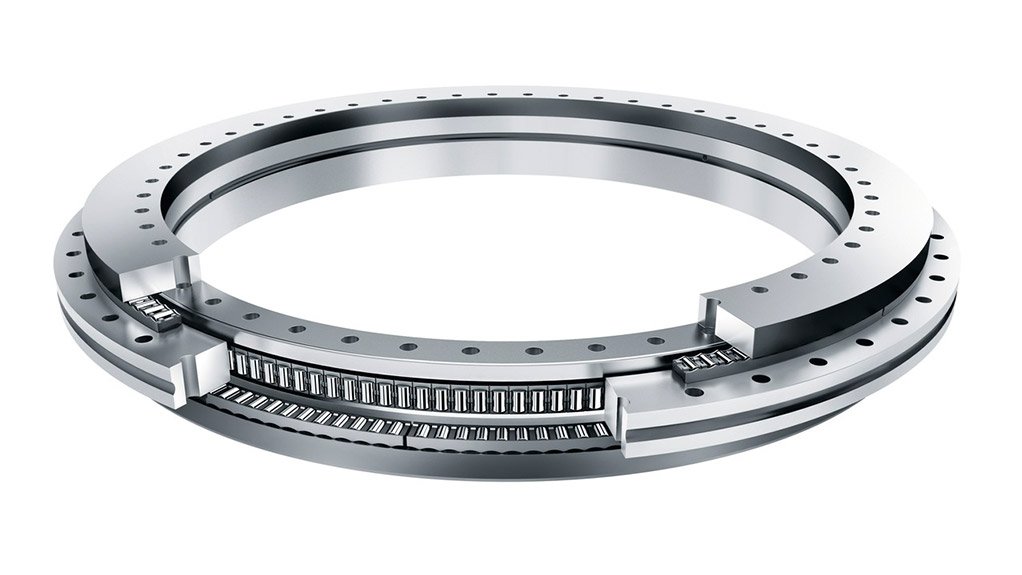 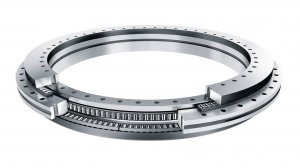 Schaeffler notes that YRTS has a patented raceway geometry that enables it to achieve a previously unattainable low-bearing friction for preloaded roller bearings.

The company explains that a standard rotary table bearing with an inside diameter of 325 mm, for example,  would produce a frictional moment of about 90 nm at 100 rpm, whereas the 325 mm YRTS bearing reduces the frictional moment to a mere 10 nm.

This could represent a saving of about 800 W or around R15 000 a year if the machine runs at S1 operation, which is  the International Electrotechnical Commission’s designation for continuous duty.

With this in mind, Schaeffler claims that the YRTS sets the benchmark for rotary tables with different machining options, pointing out that its users benefit from the increased production quality owing to lower thermal expansion and reduced operating costs.

The YRTS range has a complementary YRTC series, which is used in larger tables with milling and turning options. The range therefore features a larger bore diameter range of between 580 mm to 1 030 mm. The YRTC series is said to have  higher rigidity and considerably reduced power losses compared with conventional axial  cylindrical roller bearings.

The company maintained  that the larger cutting volumes combined with the reduced frictional losses in continuous operation make an effective contribution to reducing operating costs and improving machine performance.

Limiting speeds for rotary tables can be considerably increased if these bearings are combined with RKI torque motors. If the limiting speeds are not exploited to the full, the user still benefits from the extremely low bearing friction and the associated lower build-up of heat in the structure of the machine, which  has a positive influence on the machining accuracy.

Schaeffler Group was established in 2003 when  Germany-based industrial components supplier Industrie (INA) united its subsidiaries Lamellan und Kupplungsbau (LUK), acquired in 1999, and Fischers Antiengesellschaft (FAG), acquired in 2001, under one banner.

INA was founded by the Schaeffler brothers in 1946. One of its biggest competitors at the time, FAG, had already been well-established, as it was founded in 1905. Having secured a consistent client base, the brothers decided to branch out in 1965, establishing the automotive systems and components supplier LUK.

Schaefller Group  is one of the largest family-owned technology companies worldwide with about 170 locations in 50 countries, including several manufacturing locations, research and development facilities and distribution companies.