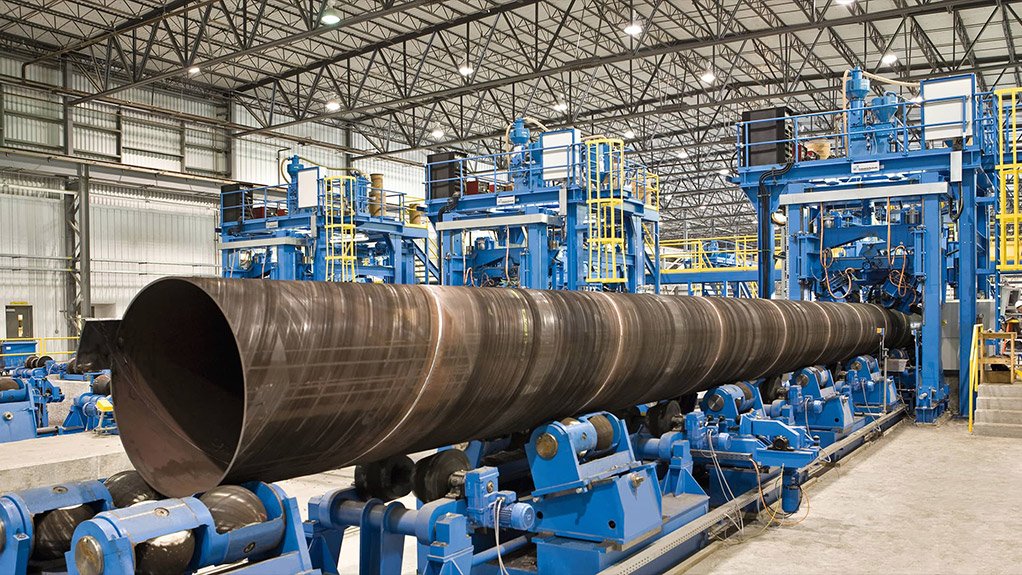 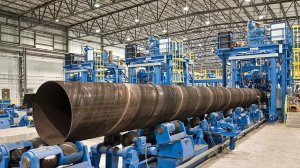 A notable increase in welded small-bore tubes and seamless pipes from Asia is exacerbating the pressure which South Africa’s steel tube and pipes industry has been under during the past three years, says Association of Steel Tube and Pipe Manufacturers (ASTPM) executive director Keitumetse Moumakoe.

“Some companies have had to restructure their tube division operations in response to a depressed market, such as steel tube manufacturers Macsteel Tube & Pipe and Aveng Trident Steel.”

Other factors that contribute to the state of the industry are the no-bound rate import tariff protection for small- bore steel tubes; the high cost of electricity for manufacturers; high port costs that hinder export efforts; a lack of government infrastructure roll-out and spend, which has resulted in the demise of several notable JSE-listed construction companies; and a strained value relationship between the upstream steel tube and pipes industry and the downstream industry, Moumakoe points out.

“However, we remain positive for the future of the industry, buoyed by a localisation and designation drive that the ASTPM is spearheading with the help of the Department of Trade and Industry (DTI). This should result in more local material inputs as opposed to imported material in future government infrastructure projects.”

In mitigating the challenges that the steel industry faces, he urges South African small-bore steel manufacturers to submit individual reports to the International Trade Administration Commission of South Africa (Itac) displaying evidence that attests to local companies’ and industry’s struggling to maintain local capacity because of imported steel tubes.

“It is only then that the no-bound rate import protection can be investigated and implemented by Itac, as this is a legal process and not an arbitrary process.”

He highlights that a national export policy is required to ensure that all manufacturing value chains for exports are competitive, including the costs at the ports of exit and entry.

“Essentially, an intensive roll-out of infrastructure spend by government would be the ideal catalyst to create demand locally,” he adds, stating that this would also result in a multiplier value effect, resulting in an increase in manufacturing capacity use that is currently about 60%.

“The objectives of the upstream industry and the downstream industry need to be aligned for domestic manufacturing, consumption and export-focused goals,” he asserts.

The ASTPM plans to hire a young graduate in the near future who has the passion and dedication for the steel tube and pipes industry.

“The graduate will gain exposure to industry challenges – ranging from tariffs, standards, quality, localisation, designation and stakeholder engagements – and the incumbent will contribute to a more focused approach on steel tube and pipes challenges and developments.”

Moumakoe emphasises that, with employment rates in South Africa at an all-time low, it has become disheartening that so many graduates are leaving institutions of higher learning with no prospects of securing employment. This is especially so in disciplines within the manufacturing sector, as it is shedding jobs at a rapid rate.

“The ASTPM would be affording a young engineer a limited-duration contract with the aim of the graduate coming on board permanently if the resources are available. This is for the graduate to gain practical industry knowledge and contribute to its improvement.”

Moreover, the ASTPM, together with two of its members – spirally welded steel pipe manufacturers Hall Longmore and LB Pipes – and with the help of the DTI, is ensuring the explicit exclusion of ductile iron from local water pipeline infrastructure projects.

“Ductile iron pipes are not manufactured locally, but have found their way into several water pipeline infrastructure projects issued by municipalities. “This negates using a local, superior product – large-bore spirally welded pipes – that is readily available and has been used in many water pipeline projects for entities such as water utility Rand Water,” says Moumakoe.

The next step for the ASTPM will be to drive a campaign that will encourage government and its affiliates that procure industrial products – including carbon steel tubes and pipes – to self-designate as provisioned in the 2017 Preferential Procurement Regulation on local content, in consultation with the Treasury and the DTI, he concludes.

Of the many available technologies in the steel tube and pipe sector, Association of Steel Tube and Pipe Manufacturers (ASTPM) executive director Keitumetse Moumakoe highlights the use of Concrete-Filled Hollow Structural Sections (CFHSS) in several building projects.

It is a less costly solution that enables owners and contractors to reclaim lost time and avoid having to rework their steel roofs because of concrete column location inaccuracies, he states.

Further, he argues that using CFHSS is less costly, as there is rarely a need for reinforcing bars when using it in industrial applications. The added benefit is that bare steel hollow structural sections – whether circular, square or rectangular – are inherently more efficient than compression inputs than any other structural steel section, owing to their geometric shape.

When filled with concrete, their axial strength increases considerably, owing to the confinement that they provide for the concrete, which is also axially loaded, he concludes.