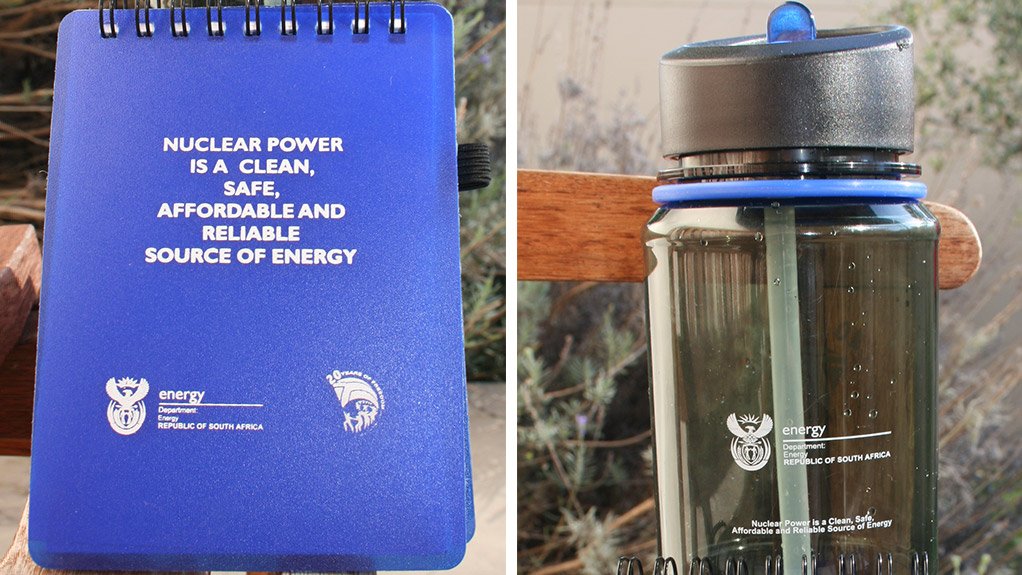 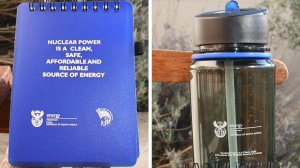 South African nonprofit environmental organisation Project 90 by 2030 has filed a complaint with the Advertising Standards Authority (ASA) of South Africa against the Department of Energy’s (DoE’s) recent promotion of nuclear energy.

The complaint, in which the nonprofit organisation alleged that the DoE was disseminating unsubstantiated information on nuclear energy to South African citizens, related to promotional material developed by the department and disseminated at a public “Energy Stakeholders” event, in Cape Town, earlier this month.

“The DoE statement that ‘nuclear power is a clean, safe, affordable and reliable source of energy’ printed on promotional materials, such as notebooks and water bottles, together with the department’s logo was not objectively substantiated with up-to-date and current documentary evidence, such as feasibility or affordability studies with relevance to the South African context,” Project 90 by 2030’s head of policy Robert Fischer said.

He added that unsubstantiated promotion of a technology, product or services breached several principles of the ASA code.

By bringing this action against the DoE, Project 90 by 2030 was taking a stand for open and transparent discussions and public consultations about South Africa’s energy future, Fischer said.

“Our sustainable economic development heavily depends on efficient energy use and an affordable and sustainable energy supply. We know that many South Africans have access to electricity but cannot afford to use it, [while] millions of households are eagerly awaiting [connection] to the grid, not knowing what monthly costs to expect,” he said.

Fischer further questioned the claim that nuclear power was affordable for South Africans in comparison to other technologies.

“In 2008, Eskom shelved the new nuclear project because ‘it is not affordable at this present juncture’. Therefore, Project 90 by 2030 requests [that the] DoE substantiate the claim that nuclear power could be an affordable energy source for South Africa this time,” Fischer said.

Project 90 by 2030 also, in the document sent to the ASA said, should the DoE not be able to provide the necessary evidence supporting the claims, it would “be compelled to request that the production and distribution of all material containing the statement [be] stopped immediately”.

Furthermore, all material containing the statement still in the possession of the DoE or its agents would have to be destroyed.

The nonprofit also stated that, as the material had been distributed and would continue to be disseminated by the public, an agreement to not print or distribute further copies did not, in the organisation’s opinion, constitute an adequate “withdrawal” in terms of the ASA code.

“To remedy the distribution of this unsubstantiated claim, it will be necessary for the DoE to distribute a retraction to the same audience which received the promotional materials to which this complaint refers, including, but not limited to, the Energy Stakeholders’ meeting [that was held in Cape Town],” Project 90 by 2030 said.