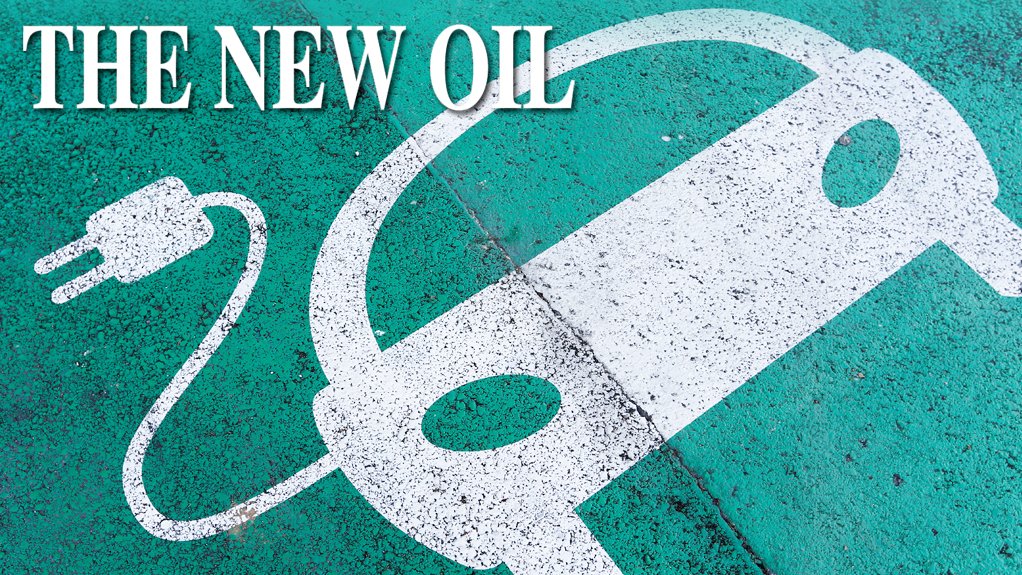 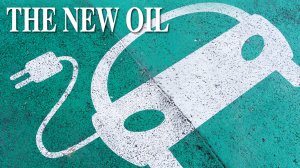 The world changed more than could be imagined in the 1990s. Not only was it the advent of all things Internet and digital connectivity, it also saw the birth of the rechargeable lithium battery, required to charge humankind’s new tools, such as cellphones and laptop computers.

In short, electrical energy storage is the new oil, the new wave of opportunity in the energy sector.

While South Africa does not have oil, it does have many of the raw materials required for batteries. Is the country, however, ready, willing and able to cash in on the new energy revolution?

RISE OF THE EV
A multibillion-dollar industry traditionally dominated by fossil fuels, the automotive sector is actively embracing its battery future.

Competitor BMW estimates that, by 2025, electrified drive-trains are likely to account for 15% to 25% of its total global sales.

Carmakers such as Tesla build only EVs, and Swedish brand Volvo has announced its departure from building vehicles fitted with only internal combustion engines (ICEs) from 2019. Instead, production will be a mix of hybrid-electric and all-electric vehicles.

Vehicle producers are also being nudged along by politicians pursuing a green agenda. Norway has set a target of allowing sales of only 100% electric or plug-in hybrid cars by 2025. France says it will end sales of petrol and diesel vehicles by 2040.

Research group Bloomberg New Energy Finance says EVs are expected to make up 54% of all global light-duty vehicle sales by 2040. It says such a widespread uptake of EVs would reduce global oil demand by eight-million barrels a day and increase electricity consumption by 5%.

The group also estimates that tumbling battery prices will mean that EVs will have lower lifetime costs, and will be cheaper to buy than ICE cars in most countries by 2025 to 2029.

Mike Thackeray is credited as one of the researchers who invented the use of spinel oxides in lithium-ion batteries, among other innovations.

He received his doctorate from the University of Cape Town and studied as a postdoctoral fellow at Oxford University, in the UK, in the early 1980s.

He returned to South Africa to head the battery department at the Council for Scientific and Industrial Research (CSIR), before moving to Argonne National Laboratory in the US in 1994, where he served as the director of the Energy Frontier Research Center: Center for Electrical Energy Storage.

Speaking to Engineering News from the US, Thackeray says LIB manufacturing is an art that has taken decades to perfect. South Africa will not be able to simply jump in and start battery production, even if the country has a well- developed automotive industry that currently manufactures around 600 000 vehicles, with a local parts content of around 38% a year. (South Africa produces only one hybrid model – at the Mercedes-Benz plant, in East London.)

Despite the billions of LIBs that are now produced worldwide each year, occasional incidents still occur that pose a safety risk, particularly when transporting these batteries by air.

Thackeray stresses that safety controls, therefore, have to be incorporated in cell designs to prevent overcharge, short circuits and fire.

This is one of the reasons why the biggest cost drivers in producing LIBs are materials manufacturing and quality control.

“From this viewpoint, it would make sense to manufacture LIBs locally across the world,” says Thackeray. “However, this is not realistically possible because of Asian country dominance in the field.

“The know-how is currently vested almost entirely in Asian countries – Japan, Korea, China – which has made it difficult for other countries to penetrate the LIB manufacturing market. So, for the immediate future, it would be a challenge for South Africa to establish an LIB manufacturing facility.”

However, it is not all bad news.

COMPETITIVE ADVANTAGE
“The big opportunity South Africa does have is to beneficiate and export minerals and materials that are used as components (electrodes and electrolytes) in LIB systems, rather than exporting mineral ore as it does now,” says Thackeray.

“South Africa is blessed to have many of the elements and materials used in LIBs, such as those containing manganese, nickel, aluminium, titanium and fluorine.”

He adds that South Africa has the world’s largest reserves of manganese, at around 200-million tons, and is also the largest producer of manganese.

“The LIB market is expected to expand rapidly and to become more competitive over the next decade and beyond, as the demand for EVs and energy storage for the grid and off-grid applications grows, besides many other appliances.”

South Africa could, in principle, in the long term, produce LIBs for the broader African market, adds Thackeray.

“South Africa, with its natural resources, is a strong candidate on the African continent, especially because of the problem in transporting LIBs, particularly large batteries, because of the safety issues already mentioned.”

Thackeray says Argonne National Laboratory has engaged with South Africa’s Department of Science and Technology (DST) at workshops in South Africa over the past five years to help drive these energy storage initiatives forward.

He believes LIBs have a reasonably long life ahead of them, making it worthwhile to invest in the technology.

“There is currently a worldwide research effort to discover and identify systems beyond lithium-ion, such as lithium-sulphur batteries and redox flow batteries, the latter being of more interest for grid-energy storage applications,” says Thackeray.

“However, no system has yet been developed that can compete with lithium-ion. A major advantage of lithium-ion batteries is that they are extremely versatile because their operating voltage – ranging from 1.5 V to 5 V – is dependent on the electrode materials selected for the system, unlike other batteries, such as lead-acid and nickel- metal hydride batteries that operate off a fixed materials chemistry and a fixed voltage range.

“Further incremental advances in lithium-ion technology can be expected. Lithium-ion is, therefore, likely to remain the dominant rechargeable battery system for the immediate to medium-term future.”

GOVERNMENT EFFORTS
The DST tells Engineering News that government has been supporting an LIB energy storage programme since 2011.

This programme was initially based on the work done at the CSIR.

While the early work was focused on building capacity at the end of the value chain (electrode materials, cells and battery packs), since 2015, the scope has broadened to focus on the development of precursor materials from raw manganese ore, as part of boosting local beneficiation to increase the value of exports, much as Thackeray has suggested.

The development of manganese-based precursors positions South Africa to become a significant player in the global LIB value chain, says Dr Cosmas Chiteme, director responsible for the LIB programme at the DST.

South Africa hosts 80% of the world’s manganese reserves. Manganese ore is currently exported at $100/t. However, when beneficiated to lithium-manganese oxide precursors, the price increases twentyfold, to $2 000/t.

For nickel-manganese- cobalt precursors, which are used in battery EVs, the value can increase to more than $10 000/t, notes Danie Theron, leader of the manganese-based precursor development project in Nelspruit, hosted by the University of Limpopo.

“The local production of manganese-based precursors will, therefore, position South Africa to benefit from the emerging energy storage and electric mobility, or e-mobility, markets. South Africa has local skills to beneficiate manganese and has experience with battery materials markets,” he adds.

Chiteme says work is being done on LIB capacity development not only at the CSIR but also at the University of Limpopo (computational modelling and precursor development at the pilot facility in Nelspruit); the University of the Western Cape (pilot production of LIBs); and the Nelson Mandela Metropolitan University (battery testing and hosting of the uYilo eMobility Technology Innovation Programme).
In addition, a total of 51 peer-reviewed publications, five book chapters, four patent applications, 29 MSc graduates, 12 PhDs and seven postdoctoral students have been supported through DST energy-storage initiatives since 2011.

Over the past five years, there have been several active joint projects between Argonne and South African institutions, such as the University of Limpopo, involving the sharing of research infrastructure and the training of personnel.

Thackeray and some of his colleagues are expected to participate in a DST energy storage workshop in South Africa in October.

NELSPRUIT PROJECT
Professor Phuti Ngoepe, of the University of Limpopo’s Materials Modelling Centre, says significant progress has been made with respect to work to launch a manganese precursor pilot plant in Mpumalanga later this year.

Other collaborative work with the national LIB energy storage programme includes a feasibility study on the location of a permanent commercial precursor facility; strategic discussions with the Department of Mineral Resources to ensure mineral supply to such a plant; consultations with the Department of Trade and Industry (DTI) to develop a commercialisation plan for such precursor production; and, lastly, engagement with potential commercial partners.

The DST says it is committed to funding the energy storage research initiative, in collaboration with relevant stakeholders from the public and private sectors.

This will enable, among other actions, LIB cell production at the University of the Western Cape to validate the precursor material produced at the University of Limpopo. It will also allow for the expansion of facilities at the Nelson Mandela Bay Metropolitan University to do validation testing of advanced LIBs and to develop their use in electric mobility, renewable energy and standby power.

ENERGY STORAGE SOLUTIONS
The Industrial Development Corporation (IDC) participates in what is called the Energy Storage Industry Development Steering Committee, which includes members such as Eskom Research Testing and Development, the DST, the DTI, the CSIR, some local metro councils, the South African Wind Energy Association and the South African Photovoltaic Industry Association, to determine the potential of establishing an energy storage industry in South Africa.

The focus here is not yet on the automotive market, but on providing power-to-power solutions for stationary use.

The international market for energy storage is expected to grow from $220-million in 2014 to $18-billion in 2023, says IDC New Industries senior project development manager Bertie Strydom.

The US Trade and Development Agency, an independent US government foreign assistance agency, has sponsored a technoeconomic assessment related to the potential establishment of a local energy storage industry within South Africa.

Parsons, an architectural/engineering firm in the US with experience in renewable energy and energy storage industries, was appointed to perform the assessment. Parsons’ local partners include the University of Stellenbosch and Gibb Engineering & Architecture.

The results of the study will be released this month.

“We are looking at the full value chain of opportunities where South Africa could sustain a competitive advantage,” explains Strydom. “From the material in the ground to the end product, to the recycling of the end product, as well as how such an industry should be supported and regulated in South Africa.”

One project the IDC has in the pipeline is the installation of a 500 kW to 1 MW demonstration vanadium-flow battery as part of a pilot study to determine the stacked advantages and benefits of such an energy storage solution.

One of the identified uses for energy storage in South Africa relates to transmission and distribution deferrals, where it would be less expensive to deploy energy storage than extending the energy grid to a particular location.

“We believe storage can be cheaper. We hope to have a suitable site selected by the end of the year. It could be a township or industrial site,” says Strydom.