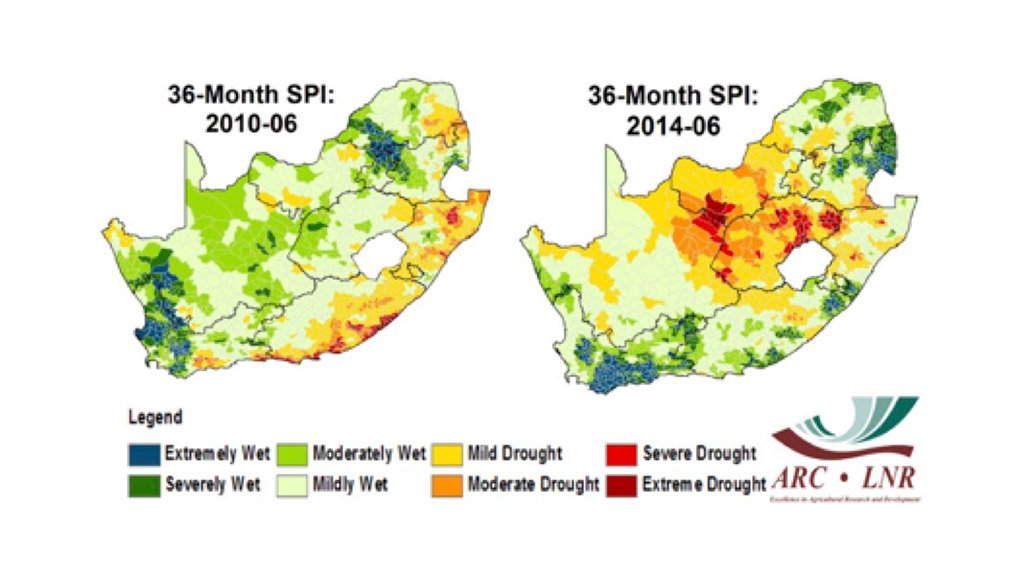 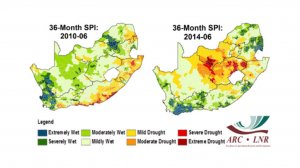 Scientists at the Agricultural Research Council (ARC) are using high-technology methods to provide accurate information and research for the agriculture sector, such as the use of genomics to significantly and rapidly improve breeding of animals and plants, and using high precision mapping to map out areas of land degradation, erosion and drought-affected lands.

“Desertification, land degradation and drought are complex processes and are also economic and environmental problems, from a land productivity perspective. The project delivered detailed information on the rates of changes of desertification, land degradation, drought and land cover over the period, which enables better understanding of the changes and impacts of these effects, as well as informing responses to these changes.”

The study produced a land degradation map, a desertification map, and a drought-affected land map of South Africa.

Makgahlela and Tsilo, as well as Malatji, were using high-throughput genomic technologies, such as polymerase chain reaction methods and automated, robotic equipment, which enabled them to genotype thousands of genetic markers within hours, which were used to study populations’ genetic diversity, susceptibility and resistance of local plants and animals to diseases and parasites.

“We need to identify and select desirable genes from animals within a population and propagate them. High-throughput genomic technologies, which also led to the discovery of high-density single nucleotide polymorphisms (SNP or genetic markers), resulted in massive reduction in their genotyping costs.”

Owing to the shorter timeframes of genotyping as many as 800 000 markers, genotyping can be applied to support breeding and genetic studies of susceptibility to diseases and parasites, and natural genetic resistance to them.

Genomic selection will fast-track selection decisions because genetic information is available as soon as an animal is born. This technology will facilitate genetic improvement for traits that were difficult to identify through traditional methods, including susceptibility to diseases and parasites, and fertility, said Makgahlela.

Makgahlela cited the economically important bovine genomic and dairy genomic programmes, which are aimed at developing a database and tool set to enable farmers to identify the economically desirable genes of animals and breed those that would propagate the genes, specifically regarding dairy production, resistance to diseases and pests, and growth rate.

“We aim to provide tools for livestock genetic improvement, and generate a reliable genotype and phenotype database. These tools will help to improve the success of breeders and even of smallholder farmers.”

“The control strategies mainly involve antiparasitic anthelmintics, or even traditional medicines, but treatment is not based on genetic evidence and some could be dangerous to the health of those consuming the meat.

“The data from our project demonstrated that the gastrointestinal parasite, known as Ascaridia galli, share genetic properties between regions, meaning that they are a single population, and bolstering the chances that effective strategies can be applied broadly to improve the safety and health of village chickens across the rural regions.”

While producing a large and accurate genetic map of village chickens, and the impacts that parasites, predators and diseases have on their health, a key aspect of the project was how it improved engagement with rural farmers to enable good communication between them and the ARC.

Subsequently, this enabled the scientists to report the findings to the farmers, explain the effects on their chickens’ health and how farmers could effectively combat parasitic infections, based on accurate genetic evidence, noted Malatji.

“The presentations were aimed at providing insight into the work that the ARC does to support the growth and sustainability of the agriculture sector and the economy, job creation and food security at national and regional level,” concluded ARC president and CEO Dr Shadrack Moephuli.