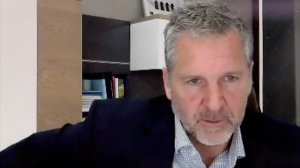 JSE-listed African Rainbow Capital (ARC) experienced a strained trading period in the six months ended December 31, 2020; however, the company says it has seen market sentiment and activity in certain sectors improving since.

Its share of the invested assets increased by 15% from R11-billion as at June 30, 2020, to R12-billion at the end of December, mainly as a result of new net investments of R929-million and increased asset values of R746-million.

This decrease in the diluted INAV a share is attributable to the dilutory impact of the increase in issued shares emanating from the R750-million rights issue in October 2020, which was done at a discount to the intrinsic share value.

The impact of the dilution was countered, to some extent, by the performance of the ARC Fund during the reporting period.

During the period under review, in line with the strategy to unlock value, the ARC Fund made acquisitions and disposals amounting to R1.2-billion and R281-million, respectively.

The TymeBank investment formed part of scheduled capital requirements for the bank. At the end of December last year, the ARC Fund had an effective ownership interest of 36% in TymeBank, while the shareholding of ARC Financial Services in TymeBank amounts to 73%.

Effectively, the ARC Fund’s capital contribution to TymeBank in the six months under review was R252-million.

TymeBank onboarded 2.66-million customers by the end of December last year, with about 50% of customers actively using their accounts.

Following the conclusion of a first $80-million tranche, ARC Financial Services will hold about a 59% interest in TymeBank.

Moreover, the ARC Fund during the six months under review invested R186-million in ARC Investments, at a share price well below its intrinsic value.

Meanwhile, the ARC Fund subscribed to additional shares amounting to R141-million in Aim-listed emerging phosphate miner Kropz, in various tranches during the reporting period, in terms of a convertible loan facility of up to $40-million, or R680-million, that was previously entered into.

ARCH Emerging Market Partners, as the operator of the funds aims to capitalise on investment opportunities on the African continent and attract flows from established global investors to partner with professionals who understand the investment destination – specifically in the renewable energy, cold chain solutions and financial services space.

ARCH is a joint venture between investment firm JCH and ARC.

Rain is aiming to become a full-service mobile network operator, focusing on data as a primary offering. Rain is making good progress with the roll-out of its strategy to establish a data network in metropolitan South Africa and experienced strong growth in clients and data use since the onset of the Covid-19 pandemic and the resultant national lockdown.

Rain now has 7 000 active live sites and remains one of the first companies on the continent to deploy fifth-generation (5G) technology. By December 31, 2020, 685 5G towers had been activated. The company aims to increase this to 1 150 towers by February 2022.

Its fourth-generation expansion has progressed well, with nearly 7 000 active live sites as at the end of December 2020.

On the disposal side, ARC sold 30% of its interest in Fledge Capital for R270-million as part of a share buyback transaction, realising an internal rate of return of 15.9%. ARC Fund’s effective interest in Fledge reduced from 51.5% to 25.9% in the six months under review.

ARC received a dividend of R64-million from AFGH during the period under review.

Lastly, ARC disposed of 3.25-million Afrimat shares for R143-million in February this year.

The group had R455-million in cash to deploy for future investments. ARC co-CEO Johan van Zyl expects the remainder of its financial year to June 30, 2021, to be marked by sustained levels of economic uncertainty, owing to the continued impact of the national lockdown.