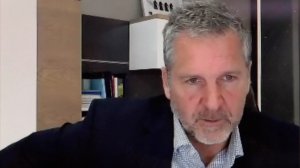 Empowerment investment firm African Rainbow Capital (ARC) Investments has posted what it deems a satisfactory performance for the year ended June 30, 2020, considering the challenging operating environment that has dragged the performance of many of its portfolio investments.

The group achieved intrinsic growth in its portfolio of investments of 2.1% to R9.94-billion, with its intrinsic net asset value share up 2.1% to 9.54c apiece during the year under review.

“While this is significantly below the medium- to long-term expectation of 16% a year, it is indicative of, and is aligned to, the market performance in the current economic and political environment,” said ARC co-CEO Johan van der Merwe.

“Our performance in the period under review was first impacted by the poor trading environment as a result of a pedestrian economy. Subsequently, with the onset of the Covid-19 pandemic, the challenging operating environment was exacerbated.”

Some investments experienced a significant acceleration in business activity, while others experienced a marked slowdown, with ARC benefiting from its diverse portfolio.

While this had assisted the company to perform satisfactorily on a relative basis to its peers and other listed investment holding companies, ARC said it is not pleased with its performance, as key performance metrics on an absolute basis were missed.

Telecommunications business Rain and newly acquired will and estate administration and insurance business Capital Legacy benefited during the national lockdown, employees of TymeBank and Alexander Forbes continued to work remotely during the closures, and Bluespec and Autoboys had been closed for the duration of the lockdown period.

As the lockdown regulations ease, all entities continue to work towards getting back to their pre-lockdown trading state.

Rain, which accounted for 27.9% of the fund value, experienced a surge in subscriber numbers as people were required to work from home and economic and social activities moved online, including schooling, entertainment and connecting with family and friends.

Rain’s fourth-generation roll-out has also progressed well, with 5 500 active sites live by the end of April, along with 447 fifth-generation towers.

Meanwhile, specialist financial services firm Capital Legacy, in which ARC Financial Services acquired a 25.9% shareholding during the year under review, experienced a surge in the number of clients signing up for a will.

“The Covid-19 pandemic exposed the extent to which South Africans appear to be ill-prepared to get their financial affairs in order should they die unexpectedly. It is estimated that some 75% of South Africans die without a valid will in place,” the company said in its financial results report.

Capital Legacy assists about 6 000 people a month with the drafting of their wills and about 5 000 people taking out insurance against the administration cost associated with the winding up of the estate on passing.

TymeBank, accounting for 8.3% of the fund value, experienced a drop in footfall to its kiosks located inside Pick n Pay stores in March and April under the national lockdown levels five and four.

Further, the digital bank experienced some challenges in terms of lower customer acquisition numbers and reduced transactional volumes, which, together with the uncertain economic environment, triggered a revisit of the TymeBank strategy and changes to its revenue and cost model, with the result being a broader and diversified product offering to break even complemented with a streamlined, more efficient cost base.

The bank managed to increase its customer onboarding rate to pre-lockdown levels of between 110 000 and 120 000 new customers each month as the regulations started easing.

By June 30, the digital bank had onboarded 1.9-million customers, ahead of its business plan, with between 3 000 and 3 500 customers signing up each day and half of the customers actively using their bank accounts.

However, a write down of R121-million was recognised.

Rand Mutual Holdings, which administers compensation for employees in the mining and metals industry who are injured on the job, operated during the lockdown period, however, it was unable to generate significant new business.

The Kropz Elandsfontein project is advancing according to schedule, despite the ongoing national lockdown restrictions.

The estimated production start date is still scheduled for the fourth quarter of 2021.

Bluespec’s business operations largely resumed with the May easing of the lockdown restrictions, however, as the motor industry experienced challenging trading conditions, lower volumes and profit margins were reported.

Bluespec management implemented an aggressive cost saving strategy to right size and align the business to current market conditions and had also introduced innovative strategies and new routes to market in an attempt to drive volume recovery.

The fair value of the investment was written down by R11-million from R270-million to R259-million as at June 30.

Meanwhile, the ARC Fund directly and indirectly made acquisitions totalling R1.97-billion in the period under review.

These include the acquisition from Mercer Africa of 193-million shares in Alexander Forbes Group for R1-billion, R750-million to TymeBank and R103-million was invested in Rain by the ARC Fund to maintain its 20.7% shareholding.

During the year, the ARC Fund contributed R171-million towards the ARC Renewable Power Fund as well as the ARC Cold Storage Fund.

“Going forward, we expect the difficult trading environment to persist over the short to medium term. The impact of Covid-19 on our economy has been widely reported, with the economy now in a contracting phase. This does not bode well for many companies, including companies in which we have invested,” Van der Merwe warned.

“As a result, we have already made plans with the management teams of key companies in our portfolio to see how we can align the business’ growth objectives with the prevailing economic environment. It cannot be business as usual over the medium term,” Van der Merwe concluded.

The company intends to raise R750-million, which will bolster its cash position.

This will allow the company to respond to any investment opportunities in the market.