ARB says financial year ‘will be well remembered’ for Covid-19, other challenges

ARB says financial year ‘will be well remembered’ for Covid-19, other challenges 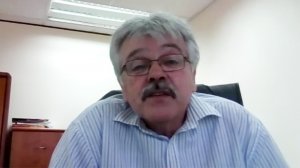 JSE-listed investment and property holding company ARB Holdings says sluggish economic growth and the collapse in business confidence became a “secondary concern” this year, as regulations and national lockdown restrictions were implemented to halt the spread of Covid-19.

ARB owns investments in related trading and distribution businesses, including 74% of ARB Electrical Wholesalers and 60% of Eurolux.

CEO Billy Neasham says the financial year ended June 30 “will be well remembered”, albeit for the wrong reasons.

He points out that, in the nine months to March 31, the South African economy, on which the group is largely dependent, failed to show any growth and continued to be hamstrung by the collapse of business confidence and the construction industry, as well as the lack of any meaningful infrastructure development by government, Eskom or the private sector.

Conditions were further exacerbated by the damaging effects of Eskom’s load-shedding.

Neasham says the group curtailed capital and operating expenditure, limited stock purchases and embarked on a review of all operations in order to reorganise the business in anticipation of the “next normal”.

He adds that the group is proud to have been able to honour all supplier payments on time during this period. “Although this did initially negatively impact our cash available by approximately R100-million, as customers delayed their payments to us, our efforts in quickly collecting the amounts due recovered the initial cash outflow.”

ARB’s trading activities were also severely impacted in April as the group was only permitted to trade for the supply of emergency spares for essential services and, at best, achieved 10% of budgeted turnover for that month.

The amendments to the regulations from May enabled all of ARB’s businesses to operate under strict health and safety protocols, which enabled the company to achieve revenue of 60% and 70% of budget in May and June, respectively.

While revenue for the fourth quarter of the financial year was significantly lower than prior periods, Neasham says the company’s mitigation strategies have ensured that the company “suffered minimal losses and retained a strong balance sheet, which is substantially unencumbered”.

Full-year revenue decreased by 13.1%, mainly as a result of the revenue lost in the fourth quarter with the lockdown of the economy.

Gross margins improved from 24% to 25%, mainly as a result of the change in product sales mix, with the introduction of Radiant for 12 months, with higher margin lighting sales now a bigger proportion of the group’s revenue.

“Likewise, while the cable and overhead line product margins remain under pressure, as they are predominantly project-related, the shift in the product mix to higher-margin low-voltage products has helped to maintain margins in this division.”

Overheads declined by 9% during the year, even though the costs for Radiant for the full 12 months were included.

Operating profit decreased by 6.1% to R145.9-million, while the operating margin improved to 6.2%. This improvement is largely as a result of the focus on controlling cost increases in all divisions during the lockdown and, more particularly, by the efforts of ARB Electrical Wholesalers’ management team to rightsize the business.

“Taking cognisance of the views expressed by economists, it is the view of the board that it will take at least two to three years to get back to the level of activity prior to the lockdown necessitated by the Covid-19 pandemic,” Neasham says.

On this basis, an evaluation of the future cash flows necessitated a writedown of the Eurolux trademark and CraigCor goodwill, and an impairment in the value of certain properties. This negatively impacted on the earnings of the group, he explains.

Headline earnings a share increased by 3% year-on-year to 59.96c.

Owing to economic uncertainties, ARB has waived its declaration of a dividend at this time.

Revenue continues to be hampered by the lack of any real economic growth or infrastructure expenditure in South Africa, and the effects of the lockdown negatively impacted on revenue generation in the fourth quarter of the financial year.

While steps were taken to reduce overhead costs with “no work no pay” being applied across all levels of staff and securing some rental relief from external landlords, the division’s revenue still declined by 16.7%.

The decline during the financial year was attributed to the loss of significant trading opportunities during the initial lockdown period, as well a decline in cable sales owing to the lack of any significant infrastructure projects in the declining South African economy, even before Covid-19.

Additionally, there was also limited spend by Eskom and municipalities on electrification projects.

Gross margin, meanwhile, improved 0.2% as a result of the change in product mix, with the lower volume of cable sales and increase in proportionate revenue of the higher margin low voltage products.

“Prior to the pandemic hitting our shores, this division started a review of its operating structure, which was noticeable in the December 2019 interim results. Although these efforts were continued in the last six months, the savings during Covid-19 were insufficient and this division made losses during April,” Neasham says.

Despite a significant reduction in revenue, the savings achieved in operating costs ensured that the operating margin improved marginally to 4.2%.

The division is also currently in the process of further staff rationalisation to restructure the business in anticipation of reduced demand in an ailing South African economy.

The division’s management of working capital is commendable, enabling it to remain cash generative.

Further, the lighting division comprises Eurolux, Radiant and Cathay Lighting. Revenue was 4% higher because of the inclusion of Radiant’s turnover for the full 12-month period as compared to only six months in the prior financial year.

The low increase in revenue is predominantly attributable to the delivery challenges experienced by the division during the third quarter as the consolidation of the Johannesburg warehouses resulted in unnecessary congestion in the operations, which impacted on service delivery.

After these were resolved, the lockdown resulted in a loss of about six full weeks of trading.

However, once the country moved to a Level 4 lockdown, the cost and effect of operating protocols implemented to ensure health and safety compliance to mitigate the contamination risks of Covid-19, continued to constrain operations in the fourth quarter, Neasham notes.

He adds that the division was overstocked at December 2019, which enabled customer requirements to be fulfilled when the supply chain from China was severely interrupted.

Operating overheads increased by 8.9% from last year owing to the inclusion of a full 12 months of Radiant’s trading, and the Covid-19-induced inability to extract operational cost savings of the consolidation move from Linbro Park to Wynberg.

The restructuring of the division is now largely finalised and the rightsizing of the business for the anticipated next normal should result in a significant reduction in the cost base, Neasham says, but notes that the decline in revenue and the inability to complete the facilities rationalisation process until June resulted in a further reduction in operating margin to 4.2% of turnover.

The division remains overstocked and management’s focus for the next six months is to complete the rightsizing of the operation, while actively focusing on cash generation by reducing stock levels.

The increase in operating profit resulted mainly from the additional rental in respect of the Lords View development, which started in January 2019.

Given the fixed nature of the property rental income, Neasham says the results are in line with expectations and that the inclusion of the rental for Lords View for a complete year is the main reason for the increase in revenue and operating profit.

“Xact ERP Solutions is actively involved in the implementation of the warehouse management system by the Electrical division but is developing a standalone identity relevant to its target market.”

The division, as a whole, continued to show customer gains but remains a small revenue and profit generator for the overall group.

The pandemic has exacerbated the pre-existing weakness in Eskom, as well as in the building and construction sectors, notes ARB.

Business and consumer confidence are also at historically low levels and ARB laments that it appears unlikely that pre-pandemic levels of confidence, economic growth in the business sector, and normality in markets and many aspects of daily life will return before the end of this year.

Neasham says that while it is difficult to forecast the group’s performance with the current state of the lockdown, it is anticipated that ARB’s trading is likely to remain constrained in the coming months while lockdown restrictions are maintained or slowly lifted.

This has necessitated both trading divisions to give effect to retrenchments under Section 189A of the Labour Relations Act.

Further, while acquisitions remain an integral part of the company’s growth and expansion strategy, it says the board is cognisant of the opportunities that are presenting themselves.

The immediate focus is to ensure that the full benefits are finally realised from the integrated Eurolux and Radiant operation, and to manage the warehouse management system project implementation at the Lords View distribution centre to monetise the opportunities that this facility presents to the Electrical division.