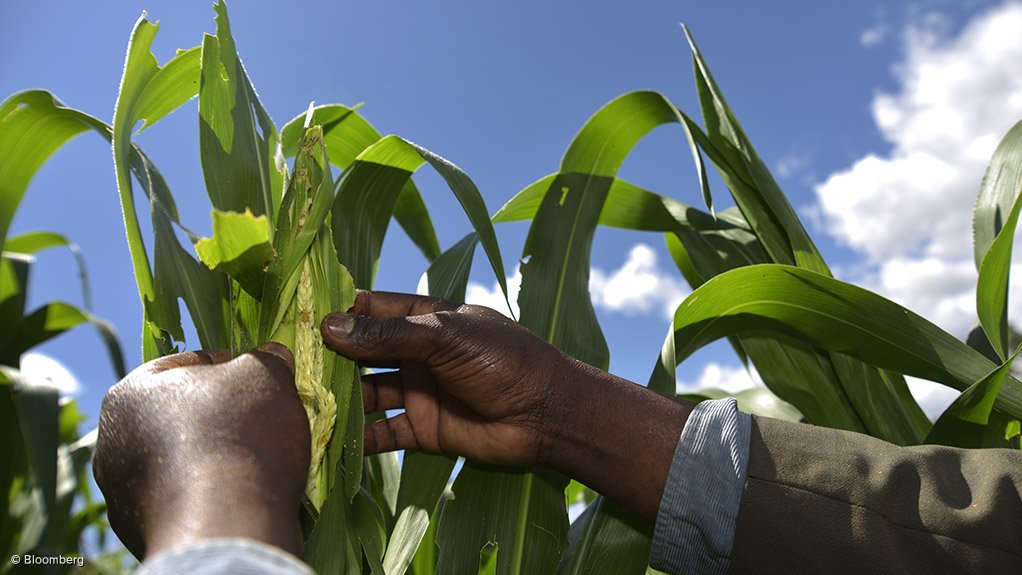 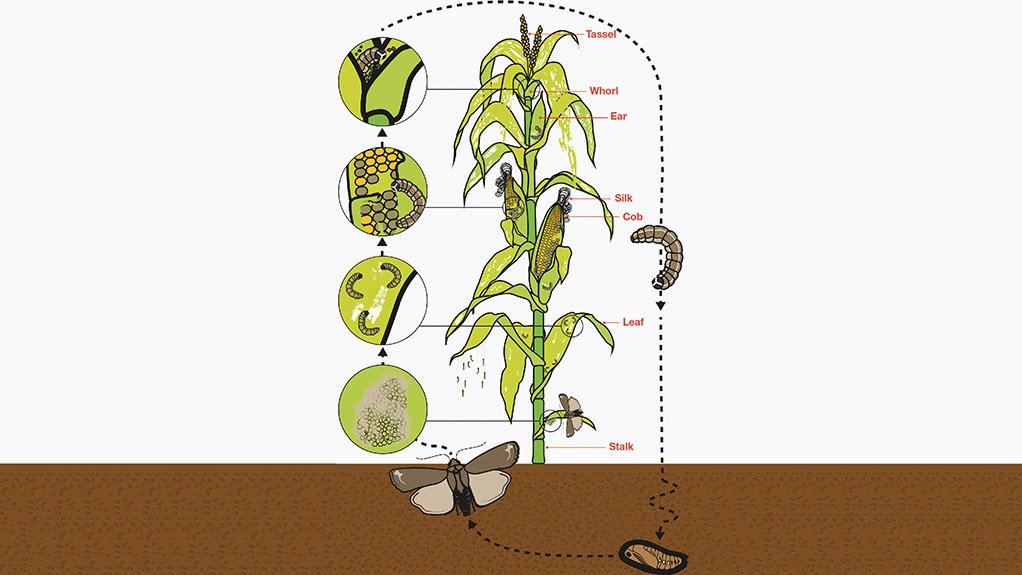 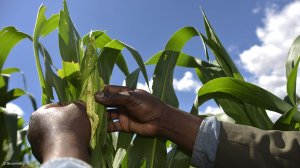 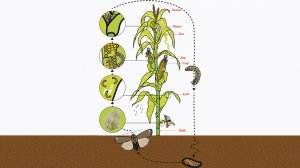 The Fall Armyworm Monitoring and Early Warning System (FAMEWS) application (app) can save 300-million people in Africa from food insecurity and prevent significant economic losses in maize of up to $4.8-billion, caused by the infestation of the fall armyworm (FAW), says Food and Agriculture Organisation of the United Nations (FAO) senior agricultural officer Keith Cressman.

The FAW can feed on more than 80 crops, including rice, sorghum, millet, sugar cane, vegetable crops and cotton; however, its preferred crop is maize. The FAW is native to South America and was first noticed in West Africa in 2016. It has since spread to nearly all sub-Saharan countries in Africa, and is now poised to move into countries of North Africa.

The FAO launched the FAMEWS app in March to monitor the spread of the FAW in Africa as well as the different management methods farmers are using, and is testing another app, Nuru, to assist in educating farmers on the pest and how to identify it, Cressman tells Engineering News.

The FAMEWS app has been deployed to 45 countries in sub-Saharan Africa. Madagascar, Mozambique, Malawi, Zambia and Zimbabwe are among the numerous countries using the FAMEWS app.

The FAMEWS app collects data in terms of where the FAW is found and potential management methods, while Nuru helps to identify the pest and educate farmers about the FAW.

Neither app requires Internet or network connection, meaning farmers can collect data in remote regions. Once they are in an area with network or Internet connection, data can be sent to a global platform that maps the current situation in Africa.

The Nuru app, created by the FAO and Pennsylvania State University, in the US, uses a mobile phone camera to identify damage to crops caused by the FAW. It does not require farmers to take a photo, Cressman adds.

FAO is using the existing Farmer Field Schools (FFS) – a group-based learning process that is used by a number of governments, nongovernmental organisations and international agencies – and other channels to promote integrated pest management, to disseminate information about the FAW, and train farmers and agricultural extension agents to use the FAMEWS app. The organisation aims to reach 10-million farmers through 40 000 FFS over five years.

Concerns about the FAW

A major concern for countries is that the FAW is a robust, highly migratory pest that will never be eradicated in Africa.

“The FAW is not like a locust – it does not invade and then disappear – it will be a resident pest that African farmers will continue to face,” reiterates Cressman.

Further, prior to the FAMEWS app, nobody knew exactly where the FAW was in different countries.

“Now there is a better idea of the FAW; it is not complete but it is significantly better and improving every week,” Cressman maintains.

FAW management decisions at local and national levels in sub-Saharan African countries are now based on preliminary data collected through the app, which is helping national governments to prioritise their actions by identifying the areas that need assistance, Cressman claims.

“We want to start looking at the relationships between the presence of the FAW and different farming methods, and understand how the FAW reacts,” he highlights.

The FAO is encouraging farmers to try different farming methods and control methods amid the threat of FAW to find the best methods to manage the pest while protecting natural enemies of the FAW such as predators and pathogens.

“There are methods that are working, so farmers are not in a hopeless situation,” he adds.

The first phase in managing an FAW infestation is checking the crops as soon as they emerge. Farmers are encouraged to go through their fields to search for egg clusters that contain several hundred eggs, but are easy to destroy.

“While it is labour intensive, it is nearly 100% effective,” Cressman claims. “By simply using your thumb, several hundred future caterpillars have been killed.” This method is cheap and safe, as it does not require pesticides or harmful chemicals as the eggs are destroyed by hand.

However, if the farmers do not manage to destroy the eggs, they can focus on the caterpillars that are not yet in the whorl of the maize plant. “The farmers can apply a lot of traditional control techniques, such as hot pepper spray, soap and water spray, and neem oil extract,” Cressman highlights.

If there has been rain, the water accumulates in the whorl and drowns the worms. In addition, farmers are exploring other local methods, such as placing ash or sand in the whorl, to suffocate them, he explains. Unlike chemical pesticides, all these techniques are safe for the environment and do not disrupt the natural enemies of the FAW that, if allowed to flourish, should be able to keep the FAW under control.

The FAMEWS app is currently available on Android version 6 or higher phones in English, French, Portuguese, Arabic, Amharic, Swahili, Oromo, Kinyarwanda and Swati. It is being translated into other local languages to help spread and broaden the use of the app in all countries of Africa to better understand and manage this new pest in Africa.

Food and Agriculture Organisation of the United Nations (FAO) senior agricultural officer Keith Cressman explains that the first tab introduces the farmers to the app and what the app aims to do, as well as providing details about the fall armyworm (FAW). The second section entails the farmers collecting data about the types of crops planted and the farming methods, and whether they are using fertiliser and intercropping.

Farmers can check crops for FAW either through pheromone traps set up to catch male FAW moths or physically checking plants, and need to indicate which method they use.

Farmers look at 50 plants – 10 plants in five different sections of their field. This provides a universal method for farmers to monitor their crops. The farmer is looking either for eggs, the worms or damage to the plant caused by the worms. The app automatically calculates the infestation percentage, depending on how many plants have been affected by the pest.

The third section is a listing of all the data farmers have recorded and saved, allowing farmers to view their data.

Female FAW moths arrive in the fields shortly after the maize crop has been planted and the seedlings are emerging, laying thumbnail-sized clusters containing 100 to 200 eggs on the leaves of the seedlings. The moths can lay about 1 000 eggs in a life time.