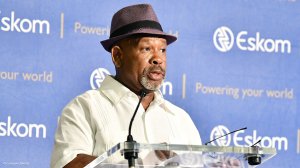 South Africa’s debt-laden electricity utility Eskom is in discussions with government about yet another equity injection, as well as various possible “debt-relief” options, as part of a turnaround plan, which chairperson Jabu Mabuza insists needs to be implemented immediately if the company is to be rescued from its “extremely perilous position”.

Eskom, which Mabuza admits is locked into a loss-making position and is no longer sustainable in its current form, has been in financial difficulties for more than a decade, despite a sharp rise in its tariffs, which in nominal terms have increased from about 20c/kWh in 2008 to above 90c/kWh.

In addition, it has received substantial shareholder support in the form of equity and loan guarantees. A R60-billion shareholder loan was converted into equity in 2015 and the utility also received a further R23-billion equity injection in March 2016. In addition, government approved R350-billion in guarantees on Eskom’s debt.

The utility has drawn on all but R14-billion-worth of those guarantees and its debt currently stands at around R400-billion. In the absence of actions taken to contain its debt, Eskom reports that its debt burden could rise to R600-billion by 2023.

Speaking during an interim results presentation at which Eskom signalled that it could record a R15-billion-plus loss for the 2018/19 financial year, Mabuza said the three-pronged turnaround plan would focus on cost containment, revenue enhancement and reducing the group debt burden.

The overall objective of the strategy, which had been stress tested by consultants Lazard and the Boston Consulting Group, would be to improve the utility’s financial and operational sustainability.

However, it would also involve ring-fencing Eskom’s generation, transmission and distribution units so as improve visibility of where the main financial and operational risks resided.

Eskom management would be responsible for the cost containment and revenue enhancement interventions, but Mabuza said that reducing Eskom’s “impossibly high” debt burden would require the support of external stakeholders.

Detailed consultations on the turnaround plan had already been held with Public Enterprises Minister Pravin Gordhan, while President Cyril Ramaphosa had also been briefed. Further engagements would be held with Finance Minister Tito Mboweni, Energy Minister Jeff Radebe, as well as with Eskom’s trade unions.

Mabuza said a range of options were being considered for reducing Eskom’s debt, but he reaffirmed that the initial idea of approaching bondholders to convert debt to equity had been scrapped. Eskom had also concluded that there was limited scope for asset sales.

However, CEO Phakamani Hadebe stressed, too, that the interventions to reduce Eskom’s debt load would not entail debt restructuring exercises that resulted in bondholders being forced to accept a “hair cut”.

Instead, its deliberations with government would focus on options for “balance-sheet optimisation”.

Hadebe said the options ranged from placing the guarantees already extended by the National Treasury directly on government’s balance sheet, to a cash injection.

However, Mabuza added “if you can’t find debt, the owner of the business has to come to the party.”

Newly appointed CFO Calib Cassim reported that most of Eskom’s financial ratios had deteriorated during the interim period and warned that the situation would worsen further in the second half to March 31.

Disturbingly, cash generated from operating activities was insufficient to cover debt servicing, with the funding raised during the period used for both capital expenditure and to fund the debt-servicing shortfall.

Debt-servicing costs surged by 94% period-on-period to R45.2-billion from R23.3-billion. However, the figure was inflated by the repayment of a R20-billion bridging loan secured from South African banks in February to stave off the utility’s governance-induced liquidity crisis.

“Eskom cannot solve the financial and operational sustainability challenges that it faces alone. The shortfall in tariffs cannot be solved though cost reductions alone, and further indebtedness adds to the problem,” Cassim averred.

Eskom is gearing up to defend its latest revenue application, having submitted its fourth multiyear price determination application to the National Energy Regulator of South Africa in recent months.