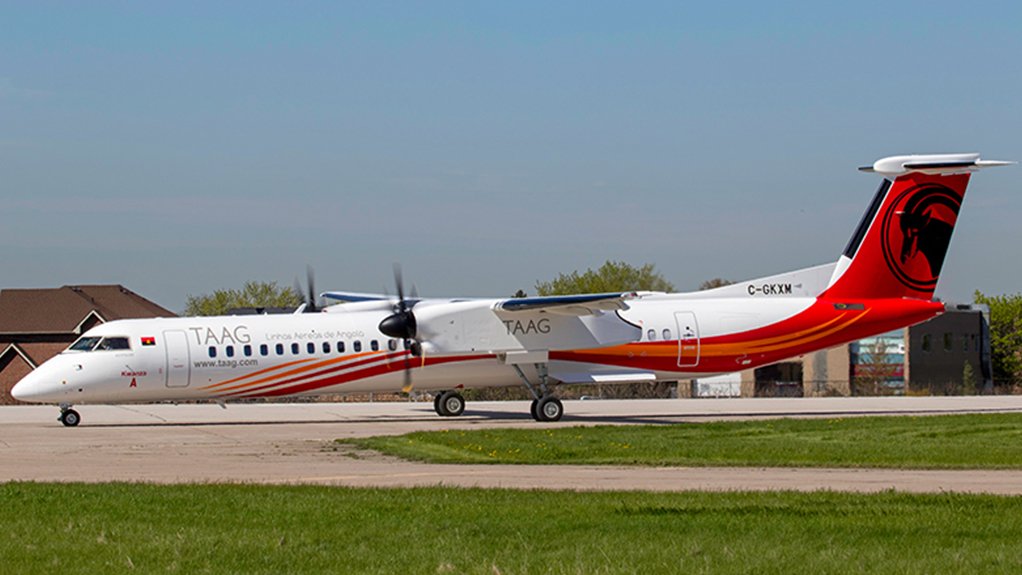 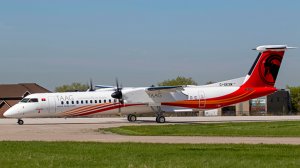 He cited the aircraft’s comfort, its versatility and its excellent economics. These factors made it essential for the airline’s operations on routes on which larger airliners would not be economical. TAAG was looking forward not only to the entry into service of its Dash 8-400s but also to the continuing “diligent” support of DHC and its personnel.

“The Dash 8-400 aircraft has proven its reliability and flexibility in Africa’s most challenging environments, including the hot and sandy regions in North Africa and the Ethiopian Highlands,” pointed out DHC COO Todd Young. “The aircraft’s hot and high operational capability, along with its jet-like speed and comfort – while retaining turboprop economics – are well suited for Africa and contribute to the aircraft’s diverse customer base.”

Because of current health measures in place to counter the Covid-19 pandemic, the aircraft was delivered by means of a remote delivery process. This process had been developed by DHC to meet its customers’ needs.

“We are confident that the Dash 8-400 aircraft is ideally suited to meet and exceed TAAG’s requirements, and welcome the airline to our family of more than 70 customers and operators – many of whom are currently using the Dash 8-400 aircraft to restart flying and deliver essential goods and transport during the Covid-19 pandemic,” highlighted Young.

Longview Aviation Capital acquired the Dash 8 (derived from DHC-8) programme off the financially embattled Bombardier group, and then relaunched the internationally renowned De Havilland Canada brand. The new DHC is responsible for the manufacture, sale and support of the Dash 8-400 and the support of the existing fleets of Dash 8-100/200/300 airliners all around the world. The Dash 8-400 can seat up to 90 passengers.

The original DHC was founded in 1928 as a subsidiary of the British De Havilland Aircraft Company (now subsumed into BAE Systems). DHC was nationalised by the Canadian government in 1974, and then sold to Boeing in 1986. In 1992, Boeing sold the company to Canadian group Bombardier, who in turn sold it to another Canadian group, Longview Aviation Capital in 2019. Bombardier had redesignated the Dash 8-400 as the Q400, but the re-established DHC has restored its previous designation.