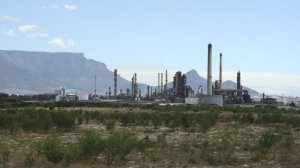 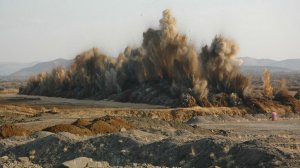 The basic process of refining crude oil involves heating the crude oil in a column and the condensates are drawn off at different levels to produce – among others – raw petroleum, diesel and jet fuel products.

These fuels or fractions must be further refined before it becomes a saleable petrochemicals product. These subsequent processes are dependent on having specific levels of hydrogen in the process stream, the levels of which need to be accurately monitored.

“In an oil refinery, there are up to 23 points where the level of hydrogen needs to be very accurately monitored,” explains RTS Africa Engineering MD Ian Fraser. The company has been involved in supplying hydrogen production and analysis equipment for many years. “Process engineers need to know the exact percentages of hydrogen at these points, to monitor the exact performance of the process and to also continuously optimise these processes,” he adds. To carry out this monitoring, many oil refinery process engineers use the Hy-Optima 2700 hydrogen analyser manufactured by RTS Africa’s US-based principal H2Scan. The analyser uses a solid-state, nonconsumable sensor in which a thin-film palladium/nickel-based lattice desorbs hydrogen as it encounters the sensor. As hydrogen is absorbed into the metal lattice, the bulk resistivity of the lattice changes, allowing for accurate measurement of hydrogen levels in particular process streams. Fraser explains that the sensor provides real-time continuous hydrogen concentration data and it is not affected by the presence of other gases such as carbon monoxide methane and hydrogen sulphide. The sensors are protected against corrosive gases by H2Scan’s proprietary coating, which gives the Hy-Optima 2700 an operational lifetime of at least ten years. A further advantage of the Hy-Optima 2700 is that it is Zone 2 explosionproof. Should hydrogen get into the instrument and ignite, the Hy-Optima 2700’s robust casing will safely contain the event. “Traditional monitoring methods rely on sampling and the use of gas chromatographs, thermal conductivity meters and density analysers. These monitoring methods are costly to install and maintain. The time from sample extraction to results can be quite long, which robs process engineers of the opportunity to monitor in real time,” Fraser remarks. He points out that accurate hydrogen monitoring by the Hy-Optima 2700 will, however, ensure that refineries not only produce consistent high-quality products, but also protect their complex and plant against damage. Fraser says expensive catalysts are used to break down the long chain molecules in the heaver fractions and, if the levels of hydrogen in the process stream are too high, there is too much energy present, which can damage catalysts. “If there is insufficient hydrogen, the process slows down, potentially costing the refinery a significant amount in downtime. In addition, accurate hydrogen monitoring can also significantly extend catalyst life resulting in substantial operational savings.” The Hy-Optima 2700 can be used to monitor several other post-fractional distillation refinery processes, such as reforming, cracking, recycle, tail gas, fuel gas, flare gas and other multi-component process streams. The Hy-Optima range of instruments can also be used in other sectors, such as in the supply of natural and industrial gas. Additionally, there is extensive application in the petrochemicals industry to monitor polymer feeds and flare gas process streams, or in the manufacturing sector, in metals annealing, semiconductor, oil hydrogenation and fertiliser manufacturing process streams. With real-time hydrogen monitoring, process engineers have an overview of exactly what is taking place in any complex refinery process stream. This means early detection of any problems and, ultimately, the refinery can produce better products more economically. Improved energy efficiencies result in reduced maintenance and downtime costs. “Oil refining is a high stakes business. If a refinery finds it is experiencing challenges either with low production or poor product quality, it needs to look at the accurate control of hydrogen in the various process streams,” continues Fraser. In this instance, the Hy-Optima 2700 hydrogen analyser offers an unmatched, real-time overview of hydrogen levels in process streams – allowing process engineers to enjoy continuous, accurate control of their refinery’s performance, he concludes.