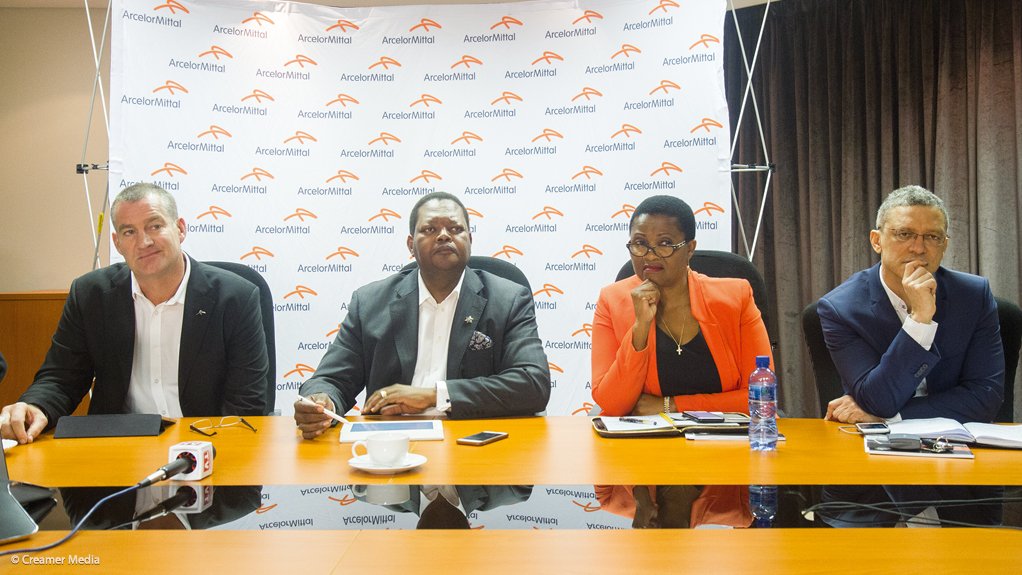 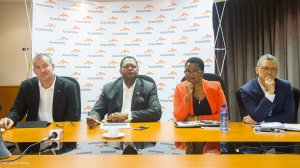 An earlier 2010 attempt by the JSE-listed company to conclude a R9-billion empowerment deal hit turbulence, owing largely to the make-up of the consortium, known as Ayigobi, which included individuals, including members of the Gupta family, with strong ties to government. The deal was later abandoned.

The new transaction includes a strategic equity partner in the form of Likamva Resources, which will indirectly own 17% of AMSA once the deal is consummated in mid-November, as well as a new employee share scheme, involving all 9 081 employees of the company, which will own 5.1%.

In addition, the transaction stipulates that Likamva should facilitate the sale, within two year, of 5% of its shareholding to broad-based shareholders drawn from communities surrounding AMSA’s operations at Vanderbijlpark, Newcastle and Saldanha Bay.

The selection of Likamva (Xhosa for heritage) was overseen by KPMG and Makwana says the company and the individuals involved were subjected to a “robust” due diligence process – one that was sensitive to prevailing concerns regarding politically exposed persons. “From where we sit, we are comfortable that, against the criteria we set out, we found in Likumva a perfect match.”

Likamva's founders include: Noluthando Gosa, a former National Planning Commission member and founder of the Akhona Group; Jabu Moleketi, a former politician who is currently chairperson of the Harith Fund Management Company, Brait and the Development Bank of Southern Africa; Leslie Maasdorp, former Department of Public Enterprises director-general and currently VP of the New Development Bank established by the Brazil, Russia, India, China and South Africa bloc; Themba Hlengani, a former AMSA spokesperson and chairperson of the Xitsavi Group; Tshepo Mahloele, who is Harith Fund Management Company CEO and Warren Wheatley the chief investment officer of TSS Capital. Other shareholders include individuals involved in the engineering, construction, energy, environment and automotive sectors.

To facilitate the introduction of Likamva – described as 100% black-owned and 58% black women-owned – a special purpose vehicle, know as B-BBEE CO, has been established with the sole purpose of holding the AMSA investment.

The 17% stake will be purchased through notionally funded ordinary shares to be issued at a price of R7.20 apiece, which values the stake at R1.75-billion. The price was established by applying a 10% discount to the 30-day volume weighted average price of R8 a share calculated on September 26.

The employee share scheme, meanwhile, will be managed through the AMSA Employee Empowerment Share Trust, which will acquire its interest through notionally funded shares collectively worth R525-million.

The notional loans are payable over a ten-year period, with commensurate lock-in restrictions placed on the sale of the shares by the empowerment partners. For the first seven years, any dividends paid by AMSA to the empowerment partners will be used to pay the loan and the interest. From year eight, 5% of any dividend will flow to the BBBEE shareholders and 95% will be used to repay the loan and the interest.

Existing shareholders will be diluted, including the ArcelorMittal Group, whose holding in AMSA will fall from 69% to below 54%.

CEO Wim de Klerk says the deal will “break even”, which implies full repayment the of loans and associated interest, should the share price rise to R27 a share over the next ten years.

PART OF A PACKAGE

He stresses that the deal is part of a broader package of measures designed to ensure the survival of the group in the context of a hostile steel market, as well as s continued licence to operate as a South African company.

The other elements include: securing tariff and safeguard protection against cheap steel imports; settling outstanding disputes with the competition authorities; agreeing a new pricing model with government for domestic flat steel; committing to plant modernisation; and designating domestically produced steel for local procurement in government contracts.

De Klerk says that, besides the safeguard protection and the designation of domestic steel for the construction sector, the other elements have been finalised.

He also defended AMSA’s controversial move to apply to the International Trade Administration Commission of South Africa for safeguard protection in addition to the 10% duties already imposed across ten steel product categories. It is applying for safeguards on hot-rolled coil (HRC), cold-rolled coil (CRC), colour, galvanised, rebar and wire rod, with investigations already under way for HRC and CRC.

De Klerk notes that other countries have already imposed double- or triple-digit antidumping duties on steel imports and that AMSA’s decision to seek further safeguard protection is not designed to create the space for price hikes, but rather to shore-up volumes.

Department of Trade and Industry director-general Lionel October has stressed that progress has been made, through the pricing deal, to “tame AMSA”, which has agreed to move away from import parity pricing.

The actions being taken by government on pricing and protection are designed primarily to ensure the survival of the primary and downstream steel industries, which employ 190 000 people.

The context, October says, is one where there is an estimated 400-million-ton oversupply, as well as rising protection globally, including antidumping duties imposed in the US of over 500% on Chinese steel.

“We cannot afford to lose this industry – it is one of the only products that we actually beneficiate,” October avers.

Nevertheless, there is still much opposition to the recent moves towards protection, as well as concern with the pricing formula.

National Employers’ Association of South Africa CEO Gerhard Papenfus has argued, for instance, that the introduction the further safeguard duties will benefit AMSA’s inefficient steel mills at the expense of domestic steel-intensive manufacturers.