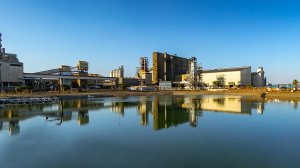 Amplats said in a media release that the reclosure of the Anglo Converter Plant (ACP) Phase B unit was separate from the repair work recently completed at the processing unit and that there had been no damage to the prior repairs or to the furnace.

The release to Mining Weekly stated that on May 31, a water leak was detected in the high-pressure cooling section of the ACP Phase B unit and that the company’s systems allowed it to bring the unit down pro-actively and safely, with all employees evacuating the area unharmed.

A detailed technical investigation into the cause of this leak and potential repairs is under way.

Amplats’ chain of processing facilities, as well as the ACP Phase B unit that was meant to replace it, was temporarily closed on March 6, following an explosion.

An update, Amplats said, would be provided as soon as more information was available, which was expected to be early next week.

In the meantime, the repair of Phase A unit was progressing well and was unaffected by the current work at ACP Phase B unit.

All orders for long-lead items for Phase A had been placed and dismantling work had begun on site, Amplats stated in an earlier release.