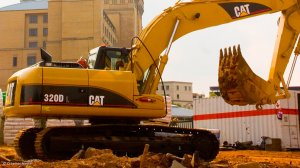 MITIGATING MANIPULATION The Construction Industry Development Board Act will empower small-scale and emerging contractors
Photo by Duane Daws
ENSURING WORK PROGRESS The new act forces employers to pay contractors within 30 days, and to issue notification of back-charges within five days

Emerging contractors in the construction industry will soon stand to benefit from increased protection provided by a new amendment to the Construction Industry Development Board (CIDB) Act, which was proposed by the Department of Public Works, says Johannesburg-based construction consultancy Binnington Chiba Consultants (BCC).

The CIDB Amendment Act, which is due to come into force this month, stipulates that construction contractors be paid within 30 days of completing their work. It also provides for other forms of increased protection, such as due notification of reduced payments and dispute settlement within a short prescribed period for small-scale contractors who are being disadvantaged by larger corporations, says BCC MD Tinus van Rensburg.

He says the Amendment Act will significantly influence the project management sector, especially the way in which projects are executed and administered.

BCC tells Engineering News that it has been inundated with claims and disputes from the construction industry, with emerging contractors being bullied into situations that strain their operational procedures; threaten their livelihood, operating capital and balance sheets; or even force them to go into business rescue. Although this practice has existed for quite some time, Van Rensburg says it has worsened over the past five to six years.

“Currently, the construction industry is wild and things are out of control,” he states.

Van Rensburg says industry should implement projects in a more inclusive way, with employers, such as large corporations, committing to the moral obligation to ensure sustainability and growth in the industry: “It is in their hands to help with the growth and promotion of emerging and small-scale contractors, and to support them,” he says.

In certain instances, the employer is well aware that it is taking advantage of emerging contractors, though the purposeful manipulation of the contract is done covertly and performed inconspicuously, he says.

Subsequently, as the project starts, emerging contractors typically go into a downward spiral. Certain aspects do not turn out as expected, such as changes to design drawings and budget changes, notes Van Rensburg.

Blame has to be assigned to a party and, owing to employers’ “big boy” tactics, emerging contractors are often blamed for failing to meet contractual obligations, he says.

Van Rensburg notes that contracts provide a sophisticated manner in which issues can be dealt with, and although emerging contractors might know how to do their job, they do not know how to deal with the relevant contractual issues such as issuing notices and submitting claims. Therefore, most emerging contractors seldom report issues to the employer, as “they are afraid of negative feedback and losing the contract”.

Subsequently, contractors face challenging situations, such as delays, overexpenditure, meeting new targets or revised engineering requirements. Van Rensburg says contractors continue unabatedly with the work, wanting to make a good impression, as the employers are large corporations and they hope that issues will be resolved before project completion.

He labels this as “irresponsible behaviour” on the part of some employers or primary contractors, who should realise that changing plans and revising workings will restrict the contractor and often burden them with unrealistic objectives. Ideally, if plans are changed, discussions should be entered into with all affected parties to resolve the matter as quickly as possible, with the least impact on all parties and the eventual outcome of the project, he adds.

“However, with profit margins on the line, contracts are sometimes just forced on contractors to boost employers’ positions and to maintain image and profitability.”

Further, when operating capital becomes an issue for a contractor, performance begins to diminish. Subsequently, when the next payment certificates are issued to proceed with other aspects of the job, employers may choose to rate contractors as incompetent in their execution of the project, resulting in a reduction of operating capital for contractors, he explains.

“Eventually, a contract is terminated, and/or reissued to another contractor at the original contractor’s expense,” says Van Rensburg.

Relief for Contractors BCC follows a proactive approach that involves implementing discussions with all parties early in the contractual agreement process. This ensures positive outcomes for the current and future operations of a project, as well as for the employer and contractor.

“It all comes back to project completion and keeping it on track,” states Van Rensburg, adding that issues should not be left until the project requires an almost complete restructuring.

The CIDB Amendment Act forces employers to pay contractors within 30 days, and to issue notification of back charges within five days.

“This significantly assists contractors because they are ensured of payment at the end of the month according to specific deadlines stipulated in the contract, thereby, ensuring budgets are not exceeded and sufficient operating capital is at hand to complete the project,” says Van Rensburg, adding that the regulations are overriding, irrespective of whether a contract stipulates payment periods differently.