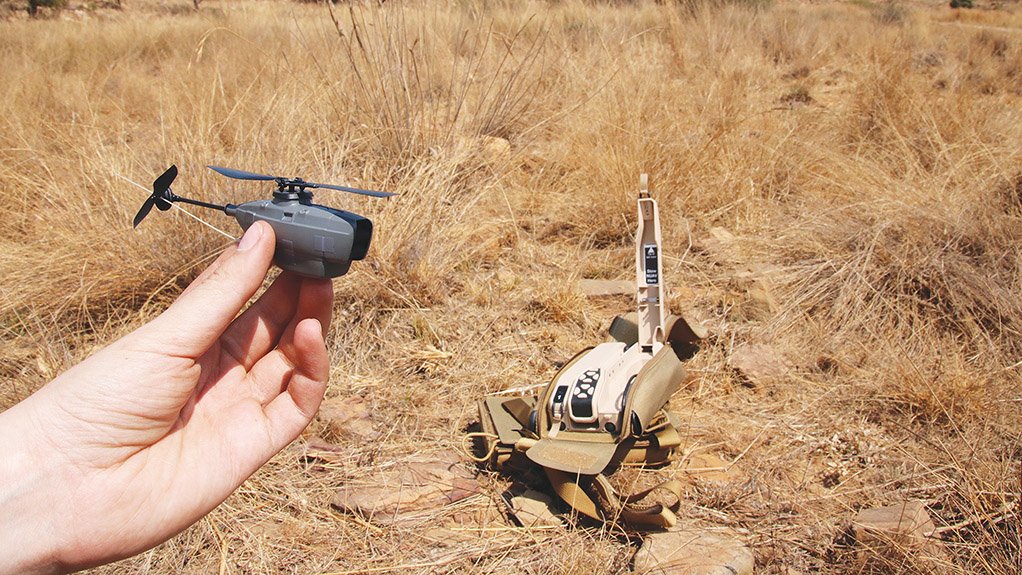 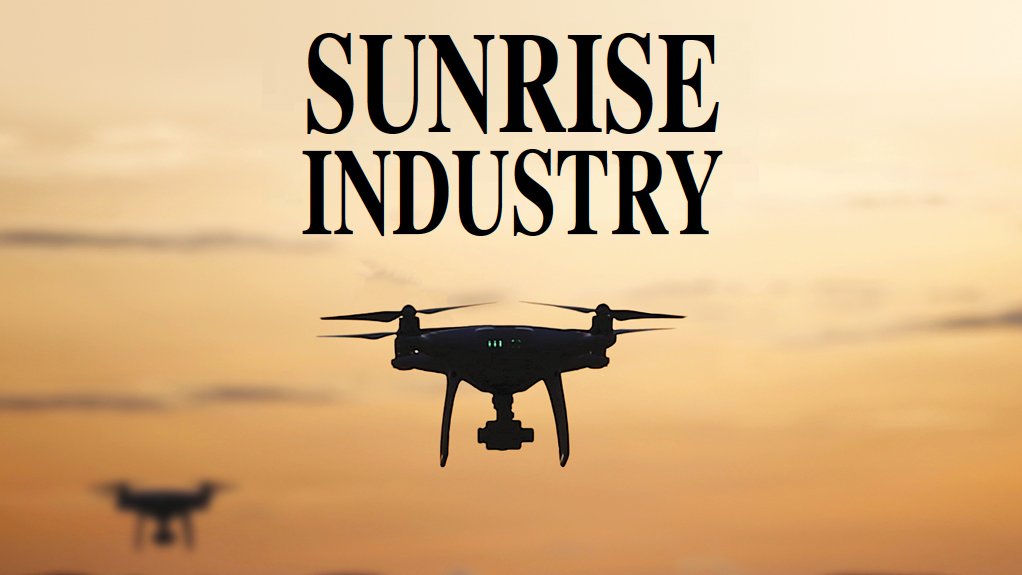 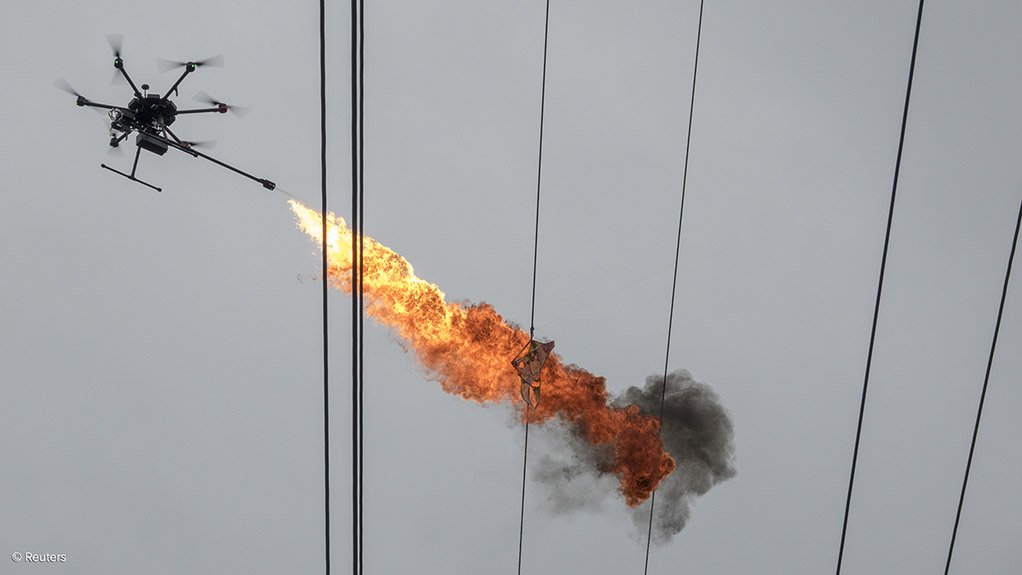 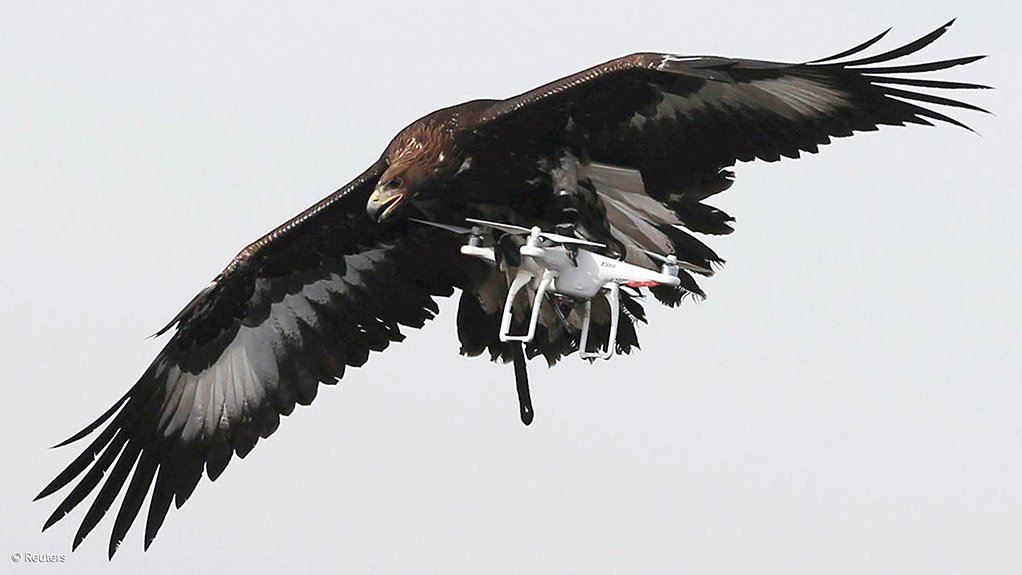 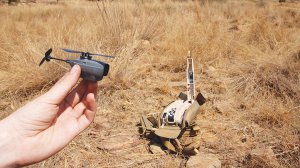 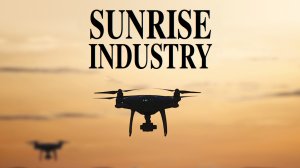 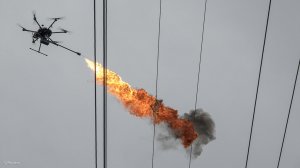 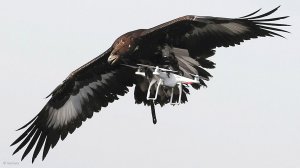 The regulations and laws governing access to South African air space for remotely piloted aircraft systems (RPASes) are sound and among the “best in the world”, according to commercial drone operator Visual Air Productions director Stephen Verheul.

The term RPAS refers to the more common description of drones or unmanned aerial vehicles.

Visual Air Productions, established in Edenvale, east of Johannesburg, in 1997, was the first commercial operator of RPASes as a core business focus. At that time, Verheul says, there were no regulations or laws governing the use of drones, as it was not a prevalent technology at all, with a limited number of individuals using RPASes or even model aircraft as a hobby. There was, thus, little risk of collisions between drones and other forms of manned aviation.

However, during the past five years, electronic technology has developed rapidly, with small circuit boards and electric motors having been refined, and battery technology also having developed at an unprecedented rate. These factors have fuelled a rapidly growing RPAS manufacturing and development industry worldwide.

Drones are now more prevalent, with an array of models, sizes and options available. This prevalence is further driven by the fact that anyone can shop online for an RPAS and have it delivered within a couple of days.

Commercial Unmanned Aircraft Association of Southern Africa (CUAASA) founding president Hennie Kieser says, because RPASes are so easily available, the tracking of sales, as well as any form of registration, is proving challenging. This also makes it increasingly difficult to quantify exactly how many drones of any shape or form exist and are being used in South Africa, and to determine the demographics of RPAS use.

Further, the seemingly unbridled trade in RPASes, especially through online shopping channels, makes it difficult to determine the applications in which RPASes are used. Although some buyers intend using drones for commercial purposes, they may not be aware of the mandatory regulations applying to the use of RPASes for financial gain and, therefore, may be operating RPASes illegally, whether through ignorance or intent, Kieser explains.

Verheul, who has invested a large amount of money, effort and time to ensure that Visual Air Productions is licensed as a commercial RPAS operator, is quick to point out that failure to declare intent to operate an RPAS in any commercial format equates to failure to adhere to the regulations established by domestic airspace regulator and enforcement entity for safety and security the South African Civil Aviation Authority (SACAA).

The SACAA is mandated to draft, implement and enforce regulations on any users of air space in South Africa.

In terms of regulations specifically for RPASes, the SACAA is guided by international standards set out by the International Civil Aviation Organisation (Icao), a specialised agency of inter- governmental organisation the United Nations (UN). Icao works with the UN’s 192 member States and industry groups to reach consensus on international civil aviation standards and recommended practices (Sarps) and policies in support of a safe, efficient, secure, economically sustain- able and environmentally responsible civil aviation sector.

During several public dialogues, SACAA RPAS project leader Albert Msithini has stated that the SACAA is obliged to follow recommendations set out by Icao and, therefore, the local development of RPAS regulations will be in line with the developments and framework developed and recommended by Icao.

In this regard, the SACAA used Icao Sarps to draft and gazette its Civil Aviation Regulations (CAR) Part 101, introduced in July 2015, which apply to RPAS operators in South Africa.

Verheul says, because CAR Part 101 has been developed “directly from the Icao book”, South Africa has one of the “finest regulations in the world . . . and is the only country that has drafted [its] national regulations directly in line with the recommendations set out by Icao”.

From a legal perspective, he says, he is “100% happy” with the regulations. However, prior to this, when RPASes started proliferating, the SACAA noted with caution an expanding risk to domestic airspace that required urgent intervention. As a result, the SACAA placed a moratorium (which has subsequently been lifted), on any RPAS operation in March 2014 to allow the SACAA time to draft and gazette a set of regulations to govern the use of RPASes.

Legal Operation According to CAR Part 101, any commercial operator of an RPAS must comply with five key requirements in terms of permits to operate and insurance: an air services licence, issued by the Department of Transport; an RPAS operator’s certificate (ROC); an RPAS letter of intent; a remote pilot licence (RPL); and a certificate of registration. It is also legally required that commercial operators have public liability insurance.

Verheul notes that any commercial RPAS operator requires a team of individuals capable of fulfilling several critical roles to safely operate an RPAS business. These include the competences of an accountable manager, a quality assurance manager, an aviation safety officer, a flight operations manager who holds an RPL, an aviation security manager, a person responsible for the aircraft and a dedicated RPAS pilot who holds a valid RPL.

A generalised set of rules apply to any RPAS operator. These stipulate that an RPAS, unless approved by the SACAA, may not be operated at an altitude higher than 120 m or farther than 500 m away from the RPAS pilot. An RPAS is also prohibited from being flown closer than 50 m to any person, building or road and should not be operated within a 10 km radius of any airport, registered aerodrome, airstrip or helipad. Failure to adhere to these rules, in accordance with the SACAA enforcement procedures, could result in a fine of up to R50 000 or a ten-year jail sentence.

However, Kieser says that, while the CAR Part 101 regulations may initially have been fundamentally sound and all-encompassing, updates and amendments are required to ensure that new technology can be incorporated into future operations by licensed RPAS operators.

To ensure that the SACAA is aware of industry concerns, Kieser says consultation and open dialogue on an ongoing basis are required between interested and affected parties and the SACAA. One such platform is the Civil Aviation Regulations Committee, through which the CUAASA is engaging with the SACAA and relevant stakeholders.

Kieser suggests that a more inclusive approach to dialogue through such a platform will enhance the understanding of RPAS operators to improve their operations using new and advanced technologies, some of which may not yet be legal in terms of the regulations. One such example is the development of transponder technology, which Kieser says will soon be developed to cater for, at least, large RPASes with extended payloads to enhance the traceability of commercial users by other manned or unmanned aircraft and to ensure visibility of flying RPASes to air traffic controllers.

Licence Woes Several potential RPAS operators, who have yet to receive their RPLs and ROCs, have expressed concern during many public platforms attended by SACAA representatives that the time between submitting the application for an RPL to the SACAA and obtaining approval is too long, thereby jeopardising their RPAS business case.

During Drone Con 2017, held in June this year, Msithini admitted the issuing of RPLs and the granting of commercial operators authorisation to operate was an issue.

Kieser tells Engineering News that a vast volume of potential uses and applications for RPASes is going to waste because of regulatory hindrances in applying for ROCs and commercial RPLs.

According to a June report by professional services firm PwC, the addressable market value of drone-powered solutions is more than $127-billion – a value representative of current business services and labour that will likely be replaced in the near future by drone- powered solutions. The PwC report also stated that the industry with the best prospects for drone applications is infrastructure, with a total addressable market value of about $45.2-billion.

More recently, another PwC report, ‘Clarity from above: Leveraging drone technologies to secure utilities’ systems’, determined that the international drone market for RPASes used in power and utility applications could be worth as much as $9.46-billion a year.

Kieser says there is vast job creation potential for RPAS-based applications, and entrepreneurs are keen to see the market grow. However, the cost of undergoing RPAS pilot training and certification is impeding any potential growth – training a commercial RPAS pilot currently costs about R30 000, while filing an application through the SACAA to be officially recognised and certified costs about R20 000, and processing could take as long as two years, he concludes.

In an attempt to get feedback on any latest developments and departmental challenges, Engineering News made several attempts to contact two spokespersons of the SACAA, as well as Msithini directly, but received no response to questions and enquiries by the time of going to print.