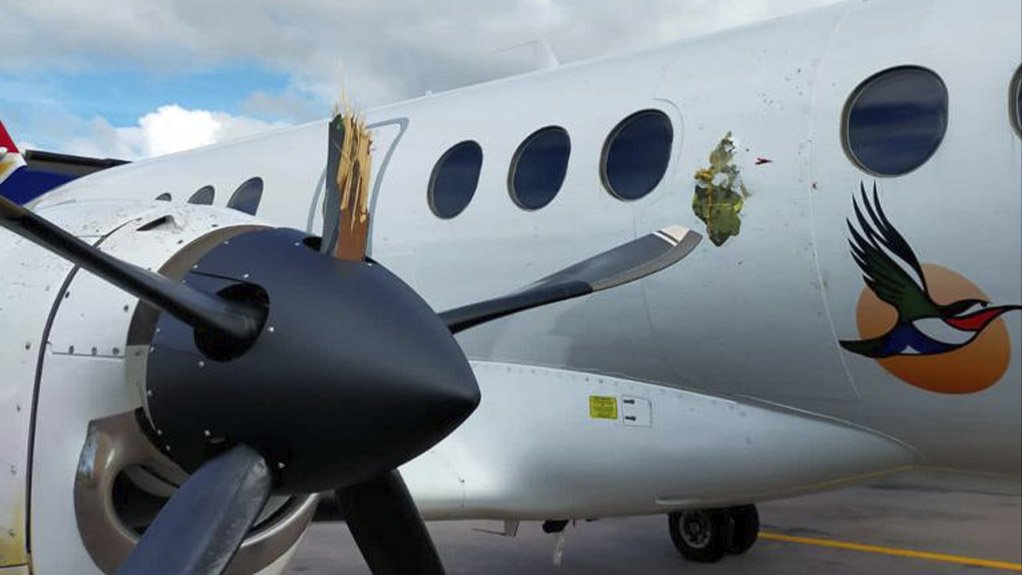 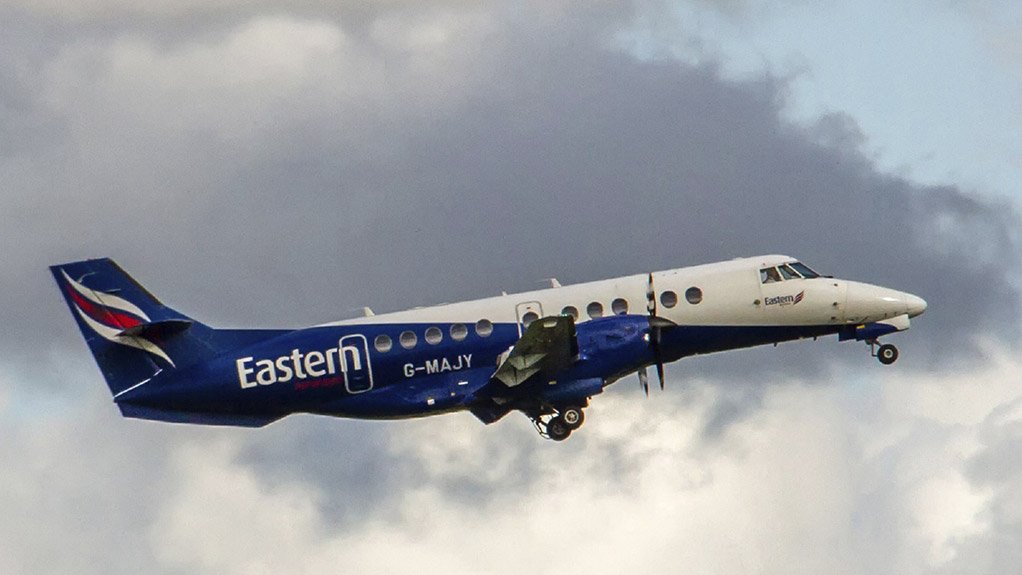 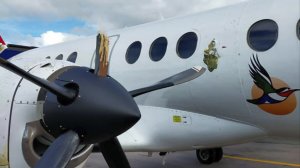 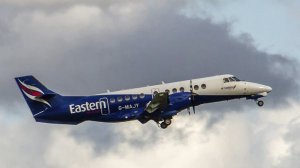 Photo by Airlink
The Airlink Jetstream at Venetia, showing the shattered propellor blade, and the hole in the fuselage it caused, following the birdstrike on the aircraft
Photo by BAE Systems
A BAE Systems Jetstream 41 (belonging to the UK’s Eastern Airways)

South African private-sector regional airline Airlink has confirmed that one of its aircraft suffered a birdstrike, while operating a private charter flight. No passengers or crew were injured, but the aeroplane, a BAE Systems Jetstream 41, suffered, in the airline’s words, “substantial damage”.

The aircraft was landing at Venetia airfield, in South Africa’s Limpopo province, when it hit “a large bird”. The event has been reported to the South African Civil Aviation Authority (SACAA), as is required by both regulations and protocols. The SACAA will now conduct an investigation into the incident.

The aeroplane will remain at Venetia until the SACAA has completed its inspection and the damage it sustained has been fully assessed. The airline gave no details about the type of damage suffered by the aircraft, but a report on social media, backed by photographs, stated that the bird had hit one of the propellers, causing a propeller blade to break off, this blade then penetrating the aeroplane’s fuselage.

Venetia airfield serves both the Venetia diamond mine and the Venetia Limpopo Nature Reserve. Both these undertakings are owned by De Beers Consolidated Mines.

The Jetstream 41 is a two-turboprop commuter airliner, capable of carrying up to 29 passengers. Despite using the name Jetstream, which dated back to the late 1950s, the Jetstream 41 was a totally new design. (The appellation Jetstream was retained for marketing purposes.) The first prototype Jetstream 41 made its maiden flight in March 1991. A total of four prototypes and 100 production examples were built, the last of these coming off the assembly line in February 1998.