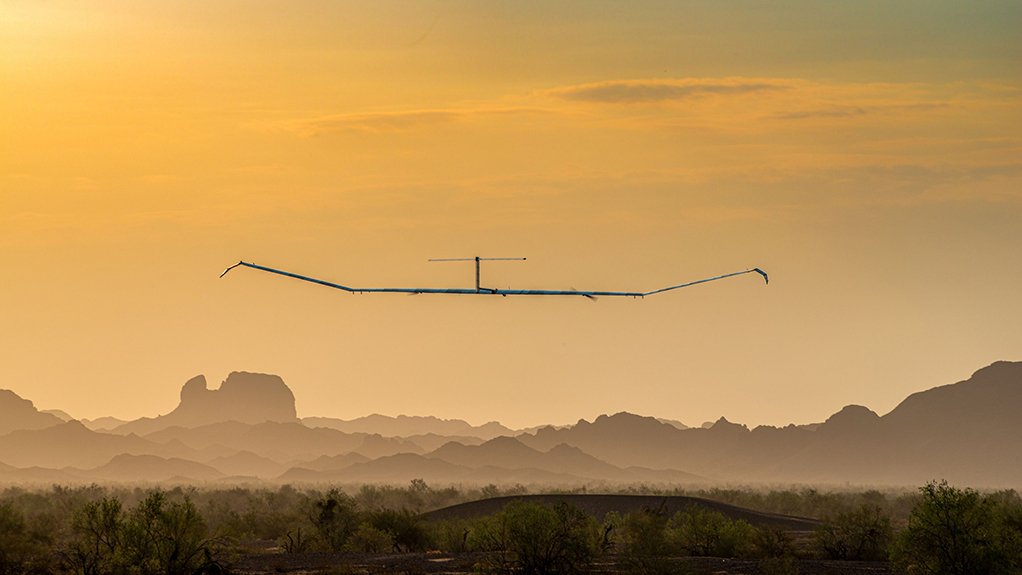 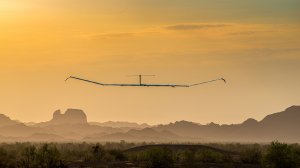 Photo by Airbus
An Airbus Zephyr S at low altitude

Europe-based global major aerospace group Airbus announced on Monday that the 2021 flight test ‘campaign’ of its Zephyr very high altitude uncrewed aerial vehicle (UAV) had been successfully completed. The campaign was conducted in the southwest US, on behalf of the Defence Equipment & Support (DE&S) agency of the UK Ministry of Defence (MoD). The tests involved the Zephyr S model, of which the UK MoD has acquired three.

“Defence investment in cutting edge technology is key to the development of world-leading military capabilities,” pointed out UK Strategic Command Director: Capability and Multi-Domain Integration Major General Rob Anderton-Brown. “Zephyr is an important programme within UK Strategic Command and the recent successful flight has required many innovative technical solutions. This represents a significant milestone for Zephyr which is informing the development of new concepts and ways of enabling military operations, particularly in the context of Multi-Domain Integration.”

The Zephyr is a very high altitude, very long endurance UAV, with an all-electric propulsion system that uses solar energy by day and battery power by night. It is now formally categorised as a High Altitude Platform System or Haps. (Previously, the acronym Haps stood for High Altitude Pseudo Satellite.) The 2021 flight test campaign actually ended on September 13, when the last of six test flights ended in a landing at an airstrip in the US state of Arizona.

“Working with Airbus and the Zephyr team during the 2021 flight campaign, significant progress has been made towards demonstrating Haps as a capability,” reported DE&S Future Capability Group head James Gavin. “This [northern] summer’s activities represent an important step towards operationalising the stratosphere.”

Of the six flights, four were low level test flights and two were high altitude, in the stratosphere. Each of the stratospheric flights lasted about 18 days, accumulating a total of 887 flying hours. This has taken the Zephyr’s total flying time in the stratosphere to 2 435 hours. During the course of these two flights, the aircraft set a new world absolute altitude record for its class of UAVs, of 76 100 ft (just over 23 195 m). During the flight test campaign, the UAV successfully demonstrated, in Airbus’ words, “multiple payload integrations”. It also tested the new Optical Advanced Earth Observation system for Zephyr (OPAZ). These tests established the operational utility of the OPAZ system, which provided immediate, improved and persistent situational awareness.

“Credible and proven ultra-persistence, stratospheric agility, and payload interoperability underscore why Zephyr is the leader in its sector,” affirmed Airbus Unmanned Aerial Systems head Jana Rosenmann. “It is a sustainable, solar powered, [intelligence, surveillance, reconnaissance] and network extending solution that can provide vital future connectivity and Earth observation to where it is needed.”