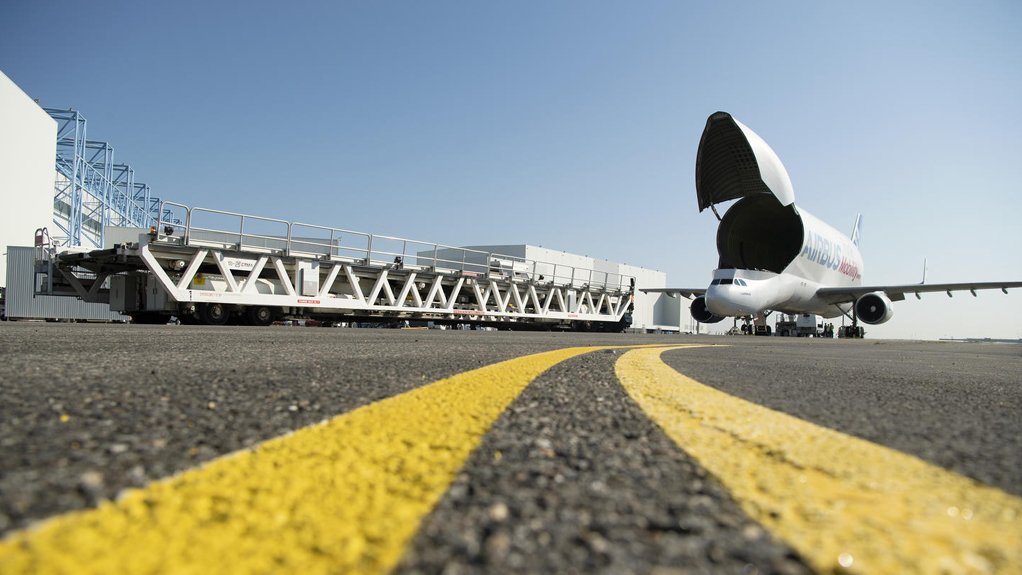 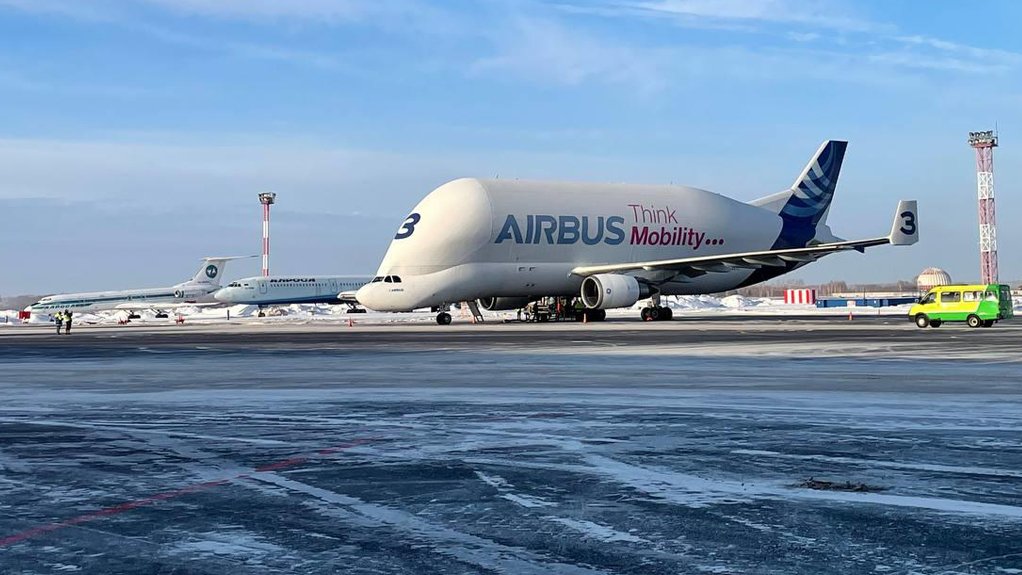 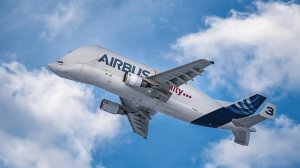 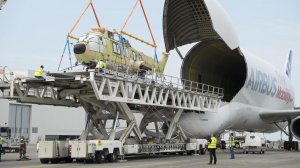 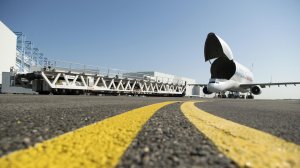 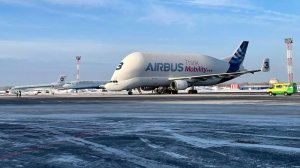 The Airbus Beluga Super Transporter, tail number 3
Airbus transported one of its newly-manufactured helicopters from France to Japan in December 2021 using Beluga tail number 3
Airbus' transportable outboard platform that it plans to use with private charters of its Beluga ST to load heavy and long cargo
An Airbus BelugaST at Novosibirsk airport in Russia where it refueled during a flight that took a helicopter from France to Japan.

Airbus’ five-strong BelugaST aircraft fleet, which has been the backbone of the company’s inter-site transportation of large aircraft sections, is progressing from in-house duties as of January 25.

The BelugaSTs offer a unique air transport proposition as they offer a wide and tall-item loading capability, as opposed to conventional air cargo platforms that typically load through a side door, accepting smaller-sized and often palletised, cargoes.

As such, the BelugaST is suited to accepting often-singular large, long and wide items – as was the case with it transporting Airbus helicopters, fuselages and other large, cumbersome aircraft parts.

For comparison, the largest strategic airlifter currently in service – the single working iteration of Ukrainian aircraft manufacturer Antonov’s AN-225 Mriya – has a cargo hold capacity of 1 300 m3 and can airlift a record 253 t thanks to its six turbofan engines and 88.4 m wingspan (905 m2 wing area).

For further comparison, popularly used air freighter – the Boeing 747-8F (based on a 747 airframe) offers 873 m3 of cargo space and 132 t of airlift capability.

In place of Airbus’ BelugaSTs – which are based on the A300-600 design – the company is introducing six new-generation BelugaXLs – based on the larger A330-200 airframe – to support Airbus’ ramp-up of its airliner production.

This means the BelugaSTs can enter a new stage in their operational life, especially as the airframes still have plenty of available flight-hours remaining before reaching their original design service limits.

Over the years, the BelugaST fleet has occasionally been called upon to transport oversized cargo, such as industrial machinery and complete space satellites, that were unrelated to its normal day-to-day job of transporting Airbus aircraft sections.

With the new service, these five BelugaSTs will be dedicated solely to transporting such cargo for commercially contracted customers.

The first mission of Airbus’ BelugaST private charter fleet was transporting an Airbus helicopter to Japan, when in the last week of December 2021, Beluga tail-number 3 delivered a brand new helicopter from Airbus Helicopters’ manufacturing site in Marignane, in France, halfway across the world to Kobe, in Japan.

Along the way, this BelugaST stopped to refuel at various transit points, including Warsaw, Poland; Novosibirsk, Russia; and Seoul, South Korea.

On this trip, the entire helicopter could be accommodated inside the BelugaST without any prior disassembly and only necessitating the helicopter’s long rotor blades being folded back.

Airbus Transport International air oversize transport head Phillippe Sabo says the BelugaST’s wider cross section will open up new markets and new logistical possibilities, which would not be feasible with other current airborne transport means. “For example, customers could consider in their future manufacturing process to make larger parts to be transported whole without prior disassembly.”

Airbus Beluga Transport project leader Clement Beaunis says another use-case for the BelugaST could be in getting grounded aircraft back into flying status on a short turnaround.

“The BelugaST can bring a full engine-change kit directly to the airport allowing the aircraft-on-ground team to change the engine in a few hours.

“This is possible because the BelugaST can transport the engine and inlet in a fully dressed configuration. Whereas with other air transport means the engine would first need to be partially dismantled, and would subsequently need around two days to reassemble and re-test,” he says.

In the near future, once Airbus has commissioned all six new BelugaXLs, the fully released BelugaST fleet will be handed over to a newly created dedicated subsidiary airline with its own air operator certificate and staff.

Meanwhile, to enhance the BelugaST’s reactivity and short turnaround capability required by its targeted international customer base, new loading techniques and equipment are being developed for the operation.

To this end, an automated on-board cargo loader (OBCL) will enable missions from and to airports which do not have available any suitable loading and unloading platform, and for payloads weighing up to 20 t.

This OBCL, which will be available later this year, will be transportable inside the aircraft (stored in front of the internal payload hold area) and be able to load and unload the payload autonomously.

To complement the OBCL, and for the heaviest and longest cargo, a new redesigned transportable outboard platform (OP) is also under development. These OPs (at least six to start with) will be strategically pre-positioned at various airports around the world and be easily transportable prior to a mission at short notice.

The third loading innovation is the new multi-purpose-pallet (MPP) recently developed and produced by Airbus at its sites in St Eloi and Nantes. Compatible with a range of payloads, the MPP, when it is already carrying the cargo, is raised by about 5 m above the apron level and loaded through the BelugaST’s nose-opening using either the OBCL or OP.