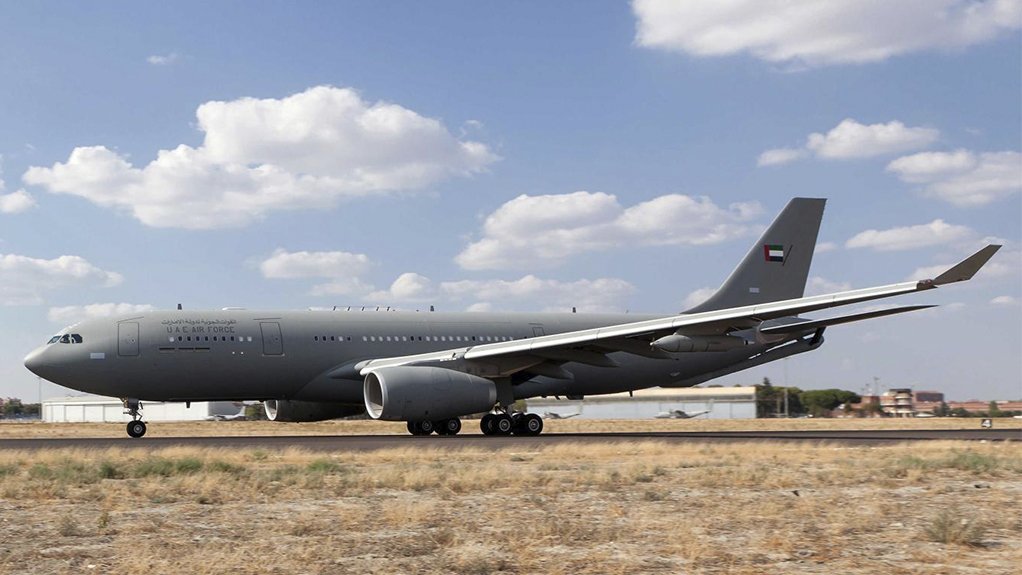 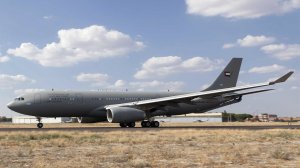 Airbus Defence and Space, a division of the Europe-based global major aerospace group Airbus, has announced two contracts for a total of five of its A330 Multirole Tanker Transport (MRTT) strategic air-to-air refuelling (AAR) and personnel and cargo transport aircraft. One order is from the Spanish Air Force and the other from the United Arab Emirates Air Force (UAE AF).

The Spanish Air Force order, announced on Friday, is for three aircraft, using second-hand airliner airframes acquired from Spanish private-sector national flag carrier Iberia. These will be converted into MRTTs at the Airbus facility at Getafe, near Madrid, in Spain. They will be fitted with hose and drogue refuelling systems and the order includes a specific-for-these-aircraft medical evacuation (medevac) kit, as well as ground support equipment, spares, in-service support and training, over the contract period.

“With the addition of [the] A330 MRTT to its fleet, the Spanish Air Force acquires a key and proven new capability, that will enhance and support overseas operations, as well as medevac missions, on which the aircraft played a key role during the Covid-19 pandemic crisis worldwide,” affirmed Airbus executive EVP military aircraft Jean-Brice Dumont. The first of the MRTTs will actually be handed over to the Spanish Air Force in a purely transport configuration, with minimum changes from its airliner configuration, in the near future. The first fully-converted MRTT will be the second aircraft, which will be handed over to the Spanish Air Force in 2023. The first aircraft will then become the second to be converted to full MRTT configuration, in 2024. The third aircraft will follow suit in 2025.

And on Sunday Airbus reported that it had received a follow-up order for two more A330 MRTTs from the UAE AF, which already operates three of the type. These will be new-build aircraft. UAE AF MRTTs are fitted with both wing-mounted hose and drogue and rear-fuselage mounted rigid boom AAR systems. The contract includes the upgrading, to the latest standards, of the UAE’s current fleet of three MRTTs.

“Since its entry into service in 2013 with the UAE Air Force, the A330 MRTT has delivered much more than initially expected, meeting our customer’s operational needs,” pointed out Airbus Defence and Space executive VP marketing and sales Bernhard Brenner. “This repeat order, added to the growing MRTT customer base, confirms the suitability of the platform as the world’s tanker of reference.”