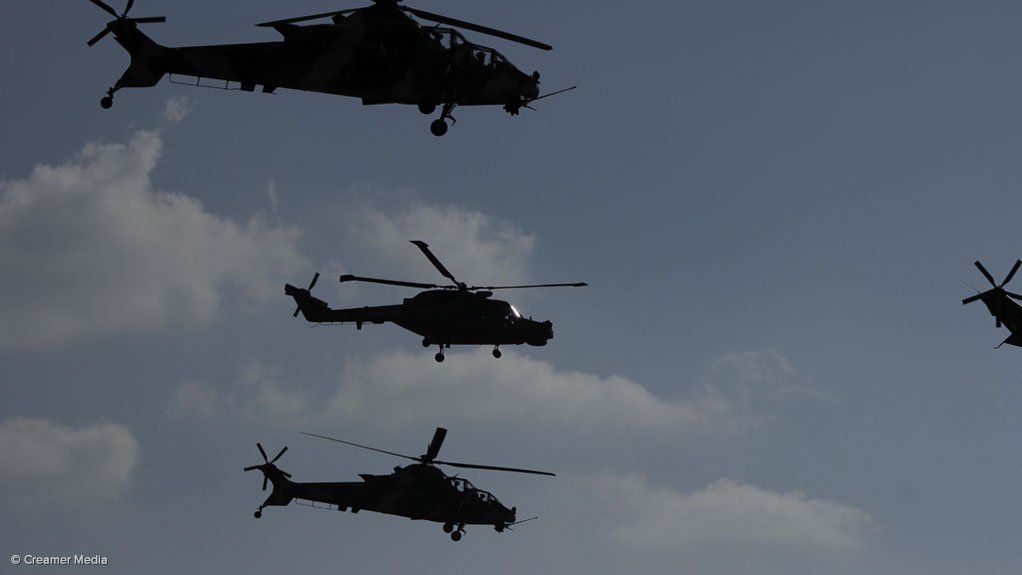 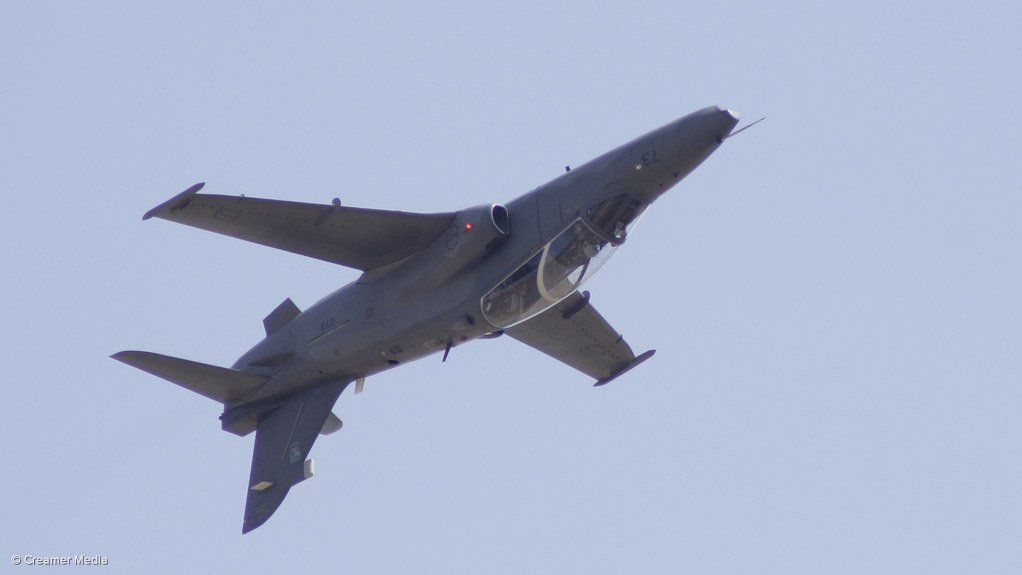 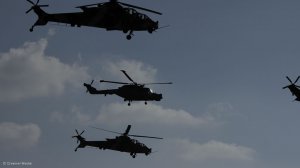 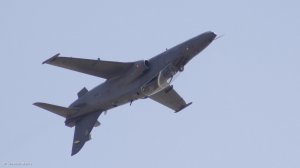 Photo by Dylan Slater
ROOIVALK HELICOPTER The Rooivalk helicopter has recently shown its effectiveness in combat in the Democratic Republic of the Congo
Photo by Dylan Slater
AIR DEMONSTRATION The capabilities of South Africa were shown during the Prestige Day parade at the Waterkloof Air Force Base, in Pretoria

From next year, the South Africa Air Force (SAAF) will send 60 cadets to a military academy in Saldanha in the Western Cape each year to pursue their first degree in their chosen fields. This will include future pilots, navigators, engineers, technicians and other support mustering.

“The air force will, in the very near future, have 180 cadets at the Military Academy in a three-year cycle,” says SAAF Major General Zimpande Msimang.

SAAF Deputy Chief Major General Gerald Malinga says that the US Air Force has offered the SAAF space for its personnel at barracks across the country for training. Regarding other training outside South Africa, he explains that his counterparts in Zimbabwe, Zambia, Russia, Cuba, the US, Brazil, Pakistan and Germany have offered opportunities for the SAAF members to undergo training in their institutions.

Malinga points out that, in October 2015, ten pilots from two squadron were selected for further training in Russia, to build experience and, as of September last year, there were five SAAF officers undergoing pilot training there.

He explains that four pilots have also been in Cuba since September 2015 on a four-year training course. Five SAAF members are receiving air traffic control training for two years; eight are receiving aviation engineering training over six years and seven are doing aviation technical course training in Cuba for three years.

Meanwhile, the SAAF hosted its Prestige Day parade at Airforce Base (AFB) Waterkloof, in Pretoria, earlier this month, during which AFB Bloemspruit, in Bloemfontein, was named the most prestigious unit in the SAAF.

The SAAF explains that the purpose of the event is to celebrate and acknowledge exceptional performance by directorates, bases, squadrons and units within the SAAF. Msimang handed over the Prestige Award to AFB Bloemspruit’s Colonel Padi Khoase.

“The Bloemspruit base is a fighting base as it has assets and personnel were deployed to the Democratic Republic of Congo (DRC). Our core function is to fight wars. That is where you find air crews that are battle tested,” says Khoase.

He points out that AFB Bloemspruit is home to 16 squadron flying Rooivalks, and this unit was awarded the Sword of Peace at the Prestige Awards evening on February 2. This was the fourth time it received the award.

“We are proud of this machine, it has a very good history, as it has neutralised rebels in the DRC and operates well alongside the United Nations helicopters there,” he says.

Bloemspruit also hosts 87 Helicopter Flying School and its inventory includes Oryx and A109 helicopters as well as a detachment of BK 117s from Port Elizabeth. He advises other bases in the SAAF, to do more with less, although there is a smaller budget, that does not stop the SAAF from functioning.

In his speech at the awards, Msimang noted that South Africa’s level of defence ambition includes safeguarding the sovereignty of the country and keeping and enforcing peace outside South Africa’s borders, and that having an offensive capability to deter potential aggressors requires the defence force to be appropriately equipped, resourced and trained.

“Though we did our best with the resources at our disposal, I am the first to acknowledge that we can still do better . . . Despite various challenges, the SAAF has succeeded admirably in maintaining a high level of core competencies,” says Msimang.

He calls on the local defence industry to assist the SAAF by reducing turnaround times and pricing things competitively, pointing out that a successful air force translates into a successful industry. The capabilities of the aerospace and defence industry were affirmed by the exceptional performance of the Rooivalk during its current deployment in the eastern DRC.

“The decision to upgrade the current Rooivalk baseline and explore partnerships for the next generation Rooivalk, as pronounced by the Minister of Defence Nosiviwe Noluthando Mapisa-Nqakula during her opening address during the AAD 2016, will provide an opportunity to ensure more of the mission systems installed on the Rooivalk are localised and contracted to local industry,” Msimang says.

He explains that, with this in mind, South Africa continues to invest in cuttingedge research and development and the international collaboration led by the Department of Science and Technology and the Council for Scientific and Industrial Research are yielding promising results in the fields of additive manufacturing and three-dimensional printing with the first parts now nearing industrialisation for use in truly South African products, such as the Ahrlac.

“In the next few days, I will sign off the SAAF ethics instruction. This action puts the air force ahead of all services and divisions when it comes to the implementation of ethics management in the Department of Defence,” he explains.

Msimang concludes that the emphasis of this year’s Prestige Day was on the best performing unit in the SAAF, the day also marks the founding of the SAAF, which is celebrating its ninety seventh anniversary.