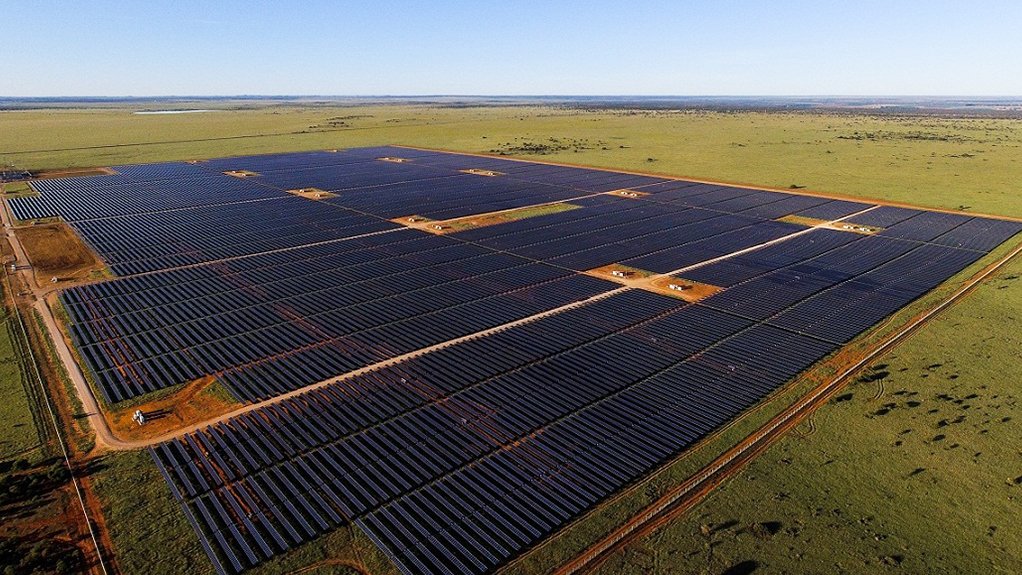 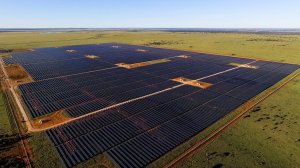 The Droogfontein 2 Solar Park situated near Kimberley in the Northern Cape, has reached full grid code compliance and Commercial Operation reports Engineering, Procurement and Construction (EPC) contractor juwi Renewable Energies (“juwi”). The 179 hectare solar area (comprising over 260,000 solar panels on a single axis tracker system) is supplying 75 MW (86 MW DC) into the ESKOM grid. The site was handed over to the Operations & Maintenance team in February 2020.

“Droogfontein 2 is the first of the three projects totalling 250 MW juwi was awarded in 2018 to reach completion. The project team, together with our various partners, the sponsors and share holders have done an excellent job,” says Greg Austin, MD of juwi. The project sponsors and equity investors are African Infrastructure Investment Managers (AIIM) through its IDEAS Fund, Phakwe Group, Reatile Group and AREP.

Senior construction manager and site manager, Nkosikhona Yeko, attributes the smooth progression to the detailed planning and scheduling of the project prior to commencement: “Our baseline approach to scheduling is to ensure that everything is done not only in accordance with our project deliverables schedule but also of course within budget while meeting juwi’s stringent attention to quality.”

“Our planning has ensured that we have managed the challenges of coordinating several different contractors – with a combined workforce of many hundreds of people – on site at the same time. We have succeeded in getting all the different subcontractors to work together as one team, with shared objectives.”

Local community involvement is key to the success of the project, as indicated by Austin: “We have worked very closely with all the key stakeholders including the sponsor’s Community Operations team and the Droogfontein Communal Property Association (CPA), who are the land owners and represent the local community interests.”

535 local community members were directly employed on the project, out of a total of 738 people employed, and additional employment was created through the contracting out of various services.“In effect, 2,000 individuals have been directly and positively impacted by the project, and of course there are economic multiplier effects throughout the community,” said Austin.

“The Droogfontein CPA community consists of approximately 104 families. Many of the beneficiaries of the CPA have been employed on the project, as well as other people from the greater Kimberley area.

“The project is leasing 200 hectares of land from the CPA, on which Droogfontein 2 Solar Park has been constructed; the revenue from the lease for that portion of land forms part of the CPA business plan.”

Stephan Hansen, the Chief Operating Officer of the juwi Group, says that the completion of the project is an important milestone in juwi’s strategy of implementing projects in South Africa: “This is one of our core markets in our global strategy where we want to do project development and also build projects for third parties.

“This portfolio is a very important bridge, we’ve been very successful early on in the South African market, and we’ve been awarded projects in nearly every round of the REIPP Programme. We’re one of the largest players in the South African market doing EPC and very importantly, we are now offering our own developed PV projects into future bid rounds.

“Once these three projects on concluded in the coming 6 months, juwi will have a 20% South African market share in both the EPC and O&M business areas.

“We are very eagerly looking forward to Round 5, we think the political environment is very good and it’s creating a sustainable environment for us to be successful in the market.

Solar is one big pillar, we are also active in wind – which is also equally important to us. This makes South Africa a unique market for us because it’s the only international market where we do solar and wind development. We are very proud of the team here and the success we have. Given the circumstances, the political environment, we hope that there’s going to be continued success and that we can provide a valuable contribution to the future energy mix of South Africa and to the local communities that we are serving with our projects.”