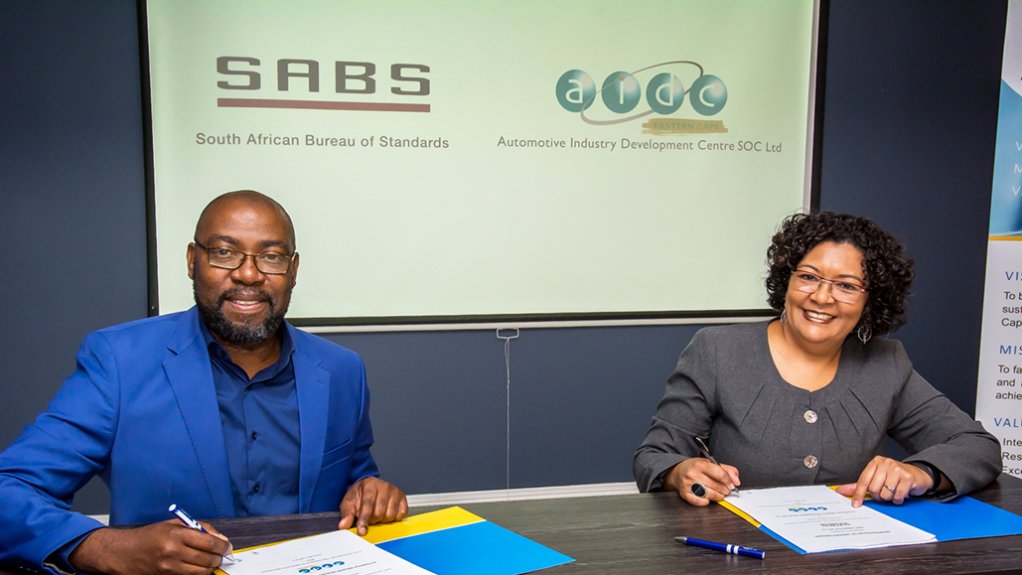 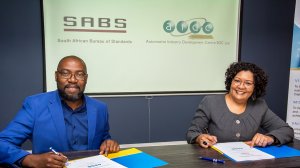 This forms part of the AIDC EC’s strategy to position the domestic automotive supply chain for growth and innovation, particularly in electric vehicle (EV) technology.

“Automotive production is in the process of radical and accelerated change driven by technology and alternative energy,” he notes.

“As South Africa’s automotive volumes are driven by export demand predominantly, the country and the Eastern Cape, which is South Africa’s most prolific vehicle exporter, are highly vulnerable to changes in demand in these export markets – currently mostly Europe.”

“Which means we need to be making significant investments in innovation and EV technology.”

The AIDC EC’s MoU with the SABS identifies several joint projects, including a collaborative programme with other Eastern Cape-based institutions, to identify and implement projects within the EV value chain, including the setting of standards.

“The SABS is excited about this partnership with AIDC EC, as it forms a critical component of our turnaround strategy to identify new areas of growth,” says SABS lead administrator Jodi Scholtz.

Also envisioned under the MoU is the enhancement of the SABS testing facility in East London to ensure continued support to the automotive industry, as well as its establishment as a Centre of Excellence.

“The facility will enhance its testing capacity and capability to ensure alignment to the current and future requirements of the industry,” notes Scholtz.

The AIDC EC and SABS have also identified a number of joint projects that include repurposing the available buildings at the SABS East London facility to serve as an automotive incubator, which is intended to complement current services, and expand to future services in the EV and related technology space.